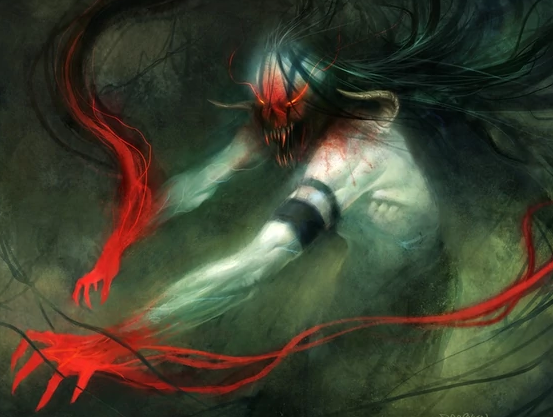 The Ghost of Authors Past

*Awkward chain rattles* WooOOOooOOOOOO! I am the ghost of Matt Morgaaaaaaaan. I have come back from the dead to write this articllllllllle! SpooooookYYYyyYY!!!

Ahem, sorry about that, everyone. It was just too easy to make that shot at myself. It's true, though! I am back! After a brief hiatus, during which I move to Colorado, I have reestablished myself, found a new local game store, and have frankly redone pretty much everything about my life. That is, everything except for my love of 60-card formats and ways to bring those decks over to Commander!

In the time it took me to get my feet under me, some incredibly cool stuff happened. Battlebond was released, which has been an absolute blast. I'm super bummed that I wasn't able to jam some prereleases or even draft the set yet, but I'm also lazy and getting out of bed seems like such a hassle. Core Set 2019 also just came out, which gave us a 1-2 punch of fun new cards and awesome reprints. If you're on the 60-card side of things, a Legacy banning has absolutely thrown the format into a tizzy, with Deathrite Shaman and Gitaxian Probe now axed out of the format. The good news is that if you thought there wasn't any room to brew around in Legacy, you couldn't be more wrong now.

In fact, if you want proof that Legacy is a great format in which to deviate from the "norm," check out this hot list from a recent Legacy Challenge event:

OOOHHH YEAAAAAAA BROTHER! Check out this saucy number. Friggin' nuts. No Force of Will, no weird combos, just good old fashioned grind 'em out Magic. As soon as I stumbled on the list and saw Goblin Bombardment next to the buddies of Gravecrawler and Bloodghast, I knew exactly what I would be writing about. Even pro player Sam Black has written on this list!

Yeah, I wrote about basically this in my last SCG article.

Well there you go. Brew power abounds. Per our usual discourse, we now need to figure out what commanders we're going to use to drive down this wicked sweet Mardu pile? Synergy is oozing from this deck, whether it's the Gravecrawler recurring with Bloodghast, or sacrificing Stitcher's Supplier to Flashback Cabal Therapy and feeding your graveyard even more. This deck just can't have any old commander at the helm, it needs something special.

We have a few options. If there weren't red in the deck, we would have a nifty Regna, the Redeemer and Krav, the Unredeemed brew. Dropping some tokens, sacrificing them for benefit, then repeating as we desire seems like a solid way to go. However, since we're trying to be loyal to the original deck, that Goblin Bombardment just begs to be played! The ability to machine gun down an opponent's board (not to mention their life total) is darn powerful!

The question now becomes "how do we add in red?" Mardu colors are naturally good at grinding out games if needed, so how do we represent that?

Alesha, Who Smiles at Death is a great option if we focus on the smaller creatures and recursion engine. Attacking and activating Alesha's ability to bring back smaller creatures is great, but it's not quite what our 60-card inspiration deck wants to do. We want to be like those custom skaters we all used to make in Tony Hawk Pro Skater 2. I don't mean customizing with bucket caps and gaudy DC skater shoes - I mean we want to turn on cheat codes and performing an eternal rail-grind so we can walk away for several minutes, grab a sandwich, and come back to find our character is still going and has set every new high score. That's what I'm about. Cheat codes, not bucket caps.

Grind. Value. Attrition. All that good stuff. That's our focus. Alesh almost gets us there, but not quite the way the original deck wants. So, who's our commander?

Well, one of my favorite Partner commanders from the Commander 2016 preconstructed decks happens to be Ravos, Soultender. He always seems to be overshadowed in the EDHREC stats by his fellow black-white Partner, Tymna, the Weaver, but I think this is one of Ravos's opportunities to shine. Built-in recursion and a Glorious Anthem effect on a creature is pretty sweet. Perfect for embracing the slow and steady deck style.

To pair with our black-white Partner, I can only think of one little furry friend to pair with Ravos. Vial Smasher the Fierce gives us access to the red we need, and has her own nifty little ability to incidentally blast our opponents for the mere act of playing our own spells. Seems pretty obvious to me that this is where we want to be if we're trying to slow down the game and kill every softly, Lauren Hill style.

Falling Down on Value

If you look closely at that list up top, you'll notice some sweet Landfall synergy with Undiscovered Paradise, which feeds the Bloodghast plan. This is all well and good, and certainly something spicy, but we need to do more than recur some 2/1 creatures in the Commander format. That's where some of the big beaters like Sun Titan and Emeria Shepherd come into play. Not only do they pack a wallop in combat, but they help bring our permanents back from the graveyard. Is the 'yard looking a little shallow? Recur that Stitcher's Supplier that we love. Did an opponent blow up our key enchantment? No problem, family! Sun Titan loves bringing everyone back into the party.

An observation we recently discussed on an episode of the EDHRECast revolved around the ways that Boros is able to make up for some of its glaring weakness. One of those weaknesses, for example, is lack of mana ramp. The point wasn't to say that red and white can't ramp, but they definitely don't have the array of weapons to do it like other colors might. We spent some time discussing some cards that could help mitigate those weaknesses, and those same cards would work excellently here in our deck today, given our minor Landfall subtheme. Gift of Estates and Land Tax are just a couple of the spells we have access to (outside of tutors in black, but I'm not big on tutors in more casual decks) and they just so happen to line up great once we get some of our Landfall engines up and running! They may not ramp, but they do provide you consistency, which can get you where you need to go.

Another route we could go, if we really wanted to - and we do really want to - are the "when a creature dies" effects. Aether Revolt gave us lots of fun cards with the Revolt mechanic, such as Hidden Stockpile. The entire mechanic is set up to give us extra rewards for playing an "Aristocrats," type deck, where we are constantly sacrificing our creatures to gain incremental value. Elenda, the Dusk Rose and Blood Artist truly get to shine when we turn our creatures into graveyard fuel. The nice part of this interaction is that our Goblin tokens from Siege-Gang Commander or our Kor Ally tokens from Retreat to Emeria still trigger 'dies' abilities, because the tokens still "die," hitting the graveyard before vanishing away. This means that Assemble the Legion, one of my one of my favorite Boros win conditions (and probably Dean Gootee's least favorite) is GAME ON!!!

Taking all this in mind, here we have it! The brew that gets the most gnar-gnar you'll ever see!

And there we go folks! Back in the swing of things with a deck fit for a skater stuck in 1998 with their trusty old Playstation! What do you folks think? Is it something that you might miss a few triggers on, or did I take it in a direction you weren't thinking of?

Also, we at EDHREC are looking to start a new series fueled by YOU, our readers! Send us an email or tweet at us with one of your decks that you'd like some help brewing. This column will take a decklist, tinker through it, and present it back to our readers with an updated list using some data and feedback from our own site and writers!

So who out there would be interested in reading a "Dear Abbey" style mailbag column over at @edhrec? Submit your decklists, ask for some help, get a reworked/updated decklist back. We'd love to hear your ideas!

If you're interested in having our help with your decks, feel free to shoot us an email with a decklist and tell us what you would like to do with the deck. Maybe you need to tone down the competitiveness but maintain the playstyle (I feel your pain), or maybe you need some help focusing the deck on one specific theme instead of two or three scattered themes. We'd love to hear from you! Let us know in the comments what you think!