All Victory is Her Doing!

In my last article, I mentioned that I had the idea for a "Rule 0" deck with Lolth at the helm, which prompted a few questions in the comments and on other platforms just what exactly a "Rule 0" deck is and how someone would go about building one.

The thing we reference as "Rule 0" has been expanded into The Philosophy of Commander proper, but instead of going through the entire document, here is a quote that I feel is a succinct summation of the idea behind "Rule 0":

"Commander is designed to be a malleable format. We encourage groups to use the rules and the ban list as a baseline to optimize their own experience. This is not license for an individual to force their vision onto a play group, but encouragement for players to discuss their goals and how the rules might be adjusted to suit those goals."

Basically, just talk with your play group. Communicate and get an idea for what everyone wants out of a game. To add to this, our sister site, Commander's Herald, has a bevy of pieces discussing what "Rule 0" is and what it isn't, written by wonderful creators such as Dana Roach, Sheepwave, and Mike Carrozza, so if you're looking for follow-up material, it's certainly out there!

In the case of this article, as soon as I found out that Lolth was getting a card in Adventures in the Forgotten Realms, I was extremely excited to build a Commander deck around her!

But then, when she was revealed, I found out that her card wasn't a legendary creature like I had hoped, but instead a planeswalker.

While I feel my queen is certainly deserving of the honor of being depicted as a 'walker, this status causes a bit of conundrum. She doesn't have the "Lolth, Spider Queen can be your commander" text she would need to legally be a commander, so... that's it? I guess I should pack it up and go home? My quest for a Lolth deck is over, right...? 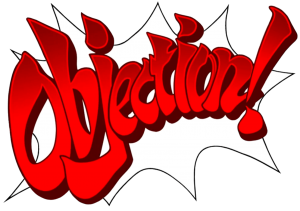 This is the perfect place to break out the ol' Rule 0!

But how should we go about doing that?

Never Lie When the Truth is More Profitable

Despite how badly I may want to play Lolth as a commander, I have to show others that I respect them and their time. The last thing I want is for my opponents or my playgroup to think I'm using a Rule 0 Lolth-in-the-command-zone as a way to take advantage of them. I'm the one asking a favor of the group, so the onus is on me to make them feel comfortable. These people are friends, not just opponents.

The first and biggest thing anyone in this position can do is keep a spare commander as backup and announce it early. That way, if the playgroup decides that they aren't interested in a bend of the rules - which is perfectly fair and fine - we can still play the deck. The second thing to do is make sure the deck is a known quantity. For Lolth, it's super easy: it's mono-black Aristocrats! Everyone knows what that is, and its intent is really easy to get across to everyone. You'll have an easier time convincing people to try something new by using something familiar as opposed to using something extravagant or convoluted.

The third thing to do is to be a good sport. If your playgroup doesn't want you to do *gestures vaguely* whatever it is you want to do, take it in stride. You're the one asking people to change things for your sake, so be gracious about it. You're asking consent, and they are allowed to say no.

These were the three core tenants I kept in mind when I started putting this deck together.

Once I got those ideas sorted, the first thing I did was take a stroll over to the site's Mono-Black Aristocrats theme page. The goal here was to try and scope out potential commanders with a deck that could serve as a good base for Lolth, as well as be good backup commanders in their own right.

There were some good picks here, like Yawgmoth, Thran Physician, Ayara, First of Locthwain. and Syr Konrad, the Grim, but two of these commanders caught my eye specifically.

Very similar to Lolth. Lots of tokens and sacrifice (though sadly not as many limbs). Let's check out their average deck and see what Lolth wants to do with it!

Not only are these two a fantastic pair for backup commanders, but one of them is a planeswalker, meaning we can always guarantee that we will have a 'walker in the command zone, no matter what! Not only that, but a lot of the time, an issue with "Rule 0" discussions is that there is a fear that the house-ruled commander would be stronger than the options already available. In this situation, I wholeheartedly believe that Tevesh Partnered with Sengir is actually stronger than Lolth on her own. This factor should also hopefully increase the chances of the table allowing Lolth to helm the deck.

That's enough about the hypotheticals. Let's say that our opponents give us the A-Okay to run the Queen of Darkness. Where do we go from there?

Well, how about back to the source? The Mono-Black Aristocrats theme page!

Aside from the choice of commander, this deck is pretty standard fare. We want lots of creatures, we want them to die, and we want to profit from it.

Despite that, a Lolth deck will want to play slightly differently than other Aristocrat legends. One of our best win conditions is trying to get Lolth's emblem as quickly as possible and then leisurely pick away at our prey with seemingly inconsequential attacks, slowly whittling them down over time. This means we should show our loyalty to The Dark Mother with a venerable buffet of sacrifices the turn we beckon her onto the field so we can start our ascension to victory.

These three cards serve the same function: feed The Spider Queen. With a sacrifice outlet, like Viscera Seer, Woe Strider, Yawgmoth, Thran Physician, etc., we can quickly increase Lolth's loyalty, bringing her to ult range or simply keeping her big enough to avoid getting picked off by our opponents. Sengir Autocrat supplies a burst of expendable bodies for four mana, while Nether Traitor is a reusable creature who can be brought back and killed consistently. Blight Mound simply gives us an extra creature for each nontoken one that dies, giving us twice the feast for three easy mana!

Abhorrent Overlord is a potent piece in this deck, as not only does he come with an impressive cadre of 1/1 flying Harpies to sacrifice, but these expendable fliers are fantastic at pecking in for a single point of damage, triggering Lolth's Emblem easily. This isn't even taking into account the sizable 6/6 flying body that the Overlord has in its own right! Combine this with Victimize and Malakir Rebirth, and you've got a fantastic engine that easily brings you into the late game.

Death is Not the End, but the Means

Next are some generally good cards for this deck and archetype. They're a mix of utility, power, and recursion, all things that I'm always in the market for.

Both Palace Siege and Agadeem's Awakening function as recursive pieces as well as providing added utility. Siege is here to get back key pieces consistently each turn, ranging from the aforementioned Sengir Autocrat and Abhorrent Overlord to Gray Merchant of Asphodel and Plaguecrafter. Agadeem's Awakening is a ZNR MDFC, so I don't need to explain to you all how much I love it and how good it is - I've done so in many previous articles - but being both a reanimation spell and a land is exactly what this deck wants. It either helps us through the early game, or it's a great payoff later.

Plumb the Forbidden is, in my opinion, one of the best cards from Strixhaven, and I will put it into any deck that can feasibly run it. Plumb is right at home in the deck, providing both a sacrifice outlet as well as a way to accrue card advantage, which is exactly what this list wants, especially if both of those things are on a single card!

Ambition, if Used Correctly, Will Lead to Ascension

I'm nearly done, but before I go, I want to mention one other class of cards I added to the deck, this time from the Planeswalker Theme Page.

Since the plan for this deck is to always have either Lolth or Tevesh in the command zone, we can splurge a bit and dedicate some slots to some 'walker love specifically. All three of these cards will give us either an extra activation of Lolth or an extra copy of one of her abilities. This provides additional value in the form of extra cards or more 2/1 Spiders.

Additional Proliferate cards, like Karn's Bastion, Contagion Engine, and Contagion Clasp, are also potential contenders should you want to lean into building around your 'walkers more.

As a final note, though, don't go out of your way to copy Lolth's emblem. It will only ever cause opponents to lose up to a total of 8 life at the maximum, and multiple emblems will not stack.

That said, if you believe your playgroup will be on board with you showing up to the table with a Lolth deck, why not quit the balancing act and lean into her a bit more? Wound Reflection. Archfiend of Despair, and Warlock Class are all great additions to a Lolth deck, helping to drain opponents faster and doubling the amount of life her emblem steals from opponents. If you have the go-ahead for this planeswalker in the command zone, dig deep and find cards that are uniquely suited for our Queen!

Who Knows Better Than the Goddess?

There we have it! A fun Rule 0 brew for one of the most well-known antagonists in all of the Forgotten Realms!

Much like my Drizzt article, I was ecstatic to build Lolth. While her card is a touch tame compared to most 'walkers these days, it is wonderfully flavorful. I much prefer this version of her than something more robust or powerful, so kudos to the designers of Adventures in the Forgotten Realms!

What about you? Would you let me play Lolth as a commander? Would you build her differently? Would you have used a different deck as a base? Do you have any "Rule 0" decks? Make sure you let me know down below!