Welcome True Believers to this most verdant review of all the lovely green cards in Battlebond, Conspiracy and Modern Master's love child. What can I say but, this set...this set just came out of nowhere to blow away all expectations and revealed itself to be the Casual Masters beyond our wildest dreams. While every member of the color wheel received love, green especially got more than its fair share of the more interesting and unexpected mechanics and designs. So let's dive right in... 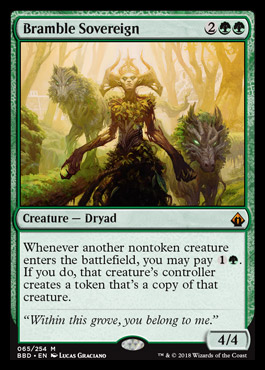 Green received some very cool political toys in this set that it hasn't had before. This is a very green way of playing the politics as well. Not only can you copy your own tokens you can find a way to work some deals and use someone else's Woodfall Primus to blow up an extra permanent troubling the board. The multiplayer aspect of some of the new green cards are extremely appealing and this sets the standard. This also helps answer the question "What is better than a Craterhoof Behemoth?" The answer is obviously a simple "Another!" 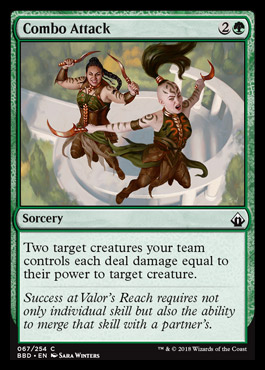 Another age old question is answered here. "What is better than one creature dealing damage? Two!" This probably won't be a terribly relevant card, but if your playgroup is extra keen on playing 2v2 or other team based variants it's certainly worth a look. 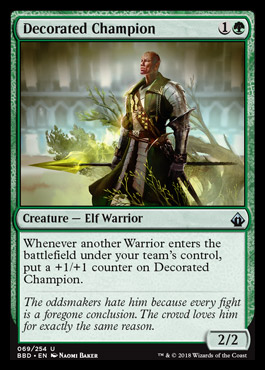 This one is some hot action. Decorated Champion along with Bramblewood Paragon are sure to rustle some jimmies. Now that Battlebond is giving us an absolutely insane legendary warrior you get to play a Champion of the Parish with extra upside in team based games 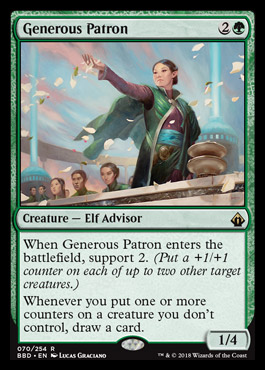 When I first read this card I got mega pumped to play it. Then I read it again and realized it only draws you cards on when you put counters on a creature you DON'T control and immediately got less excited. This would have been wombo-combo with some no-brainers like Jenara, Asura of War and of course Atraxa, Praetors' Voice but instead it gets shifted over to Hapatra, Vizier of Poisons land. Still not a bad place to be, but the commanders who would lend their patronage here gets a little smaller. Still, drawing a grip of cards off of a Black Sun's Zenith is nice. 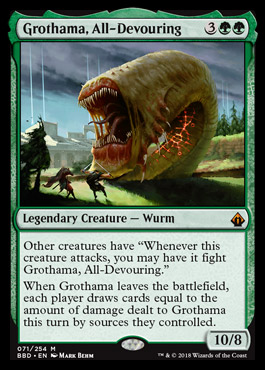 I have read this card a thousand times at least and unlike with Generous Patron above, I STILL have no idea what to think of this dude. Is it insane? Maybe? My fellow podcaster/EDHREC author Dana Roach compared this card to a MOBA raid boss and that's probably the most apt comparison, as in something was bound to be lost in translation going to a card game. Are you supposed to play Combo Attack against this guy? Or play some weird Prodigal Sorcerer/flicker Grothama brew to draw lots of cards? I have no friggin' idea. All this me being confused really means is that someone is going to make me look stupid because they roll over me in card advantage due to this. It's just how life goes sometimes. 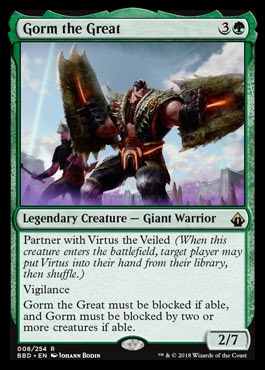 Gorm smash. Gorm have much big butt. Gorm poke bear. Gorm not impressive on own, but Gorm good with Virtus the Veiled so Matt no care. But seriously, Gorm commanding so many bodies to be thrown at him make a "when X deals combat damage to a player," type decks very intriguing. Gorm's just the type of big dude that take up space and makes combat hard in a cool way for defending players. Now that I think about it, "Gorm," is probably too glamorous of a name for a creature of these characteristics. His name would be more fitting if he were called "Thud," or "Oof." Maybe even "Donk." Yes, Donk fits quite well. 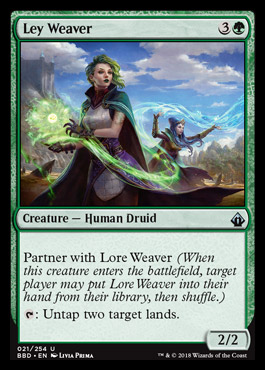 Ley Weaver is Argothian Elder with the upside of having a partner card to go along with it. Maybe doesn't fit into Elf decks quite as well, but the upside is there. Untapping your lands that produce multiple mana isn't going to be terribly hard with all the new flip lands from Ixalan block recently so having an effect like this readily available will be great/annoying depending on if you're on the giving/receiving end. 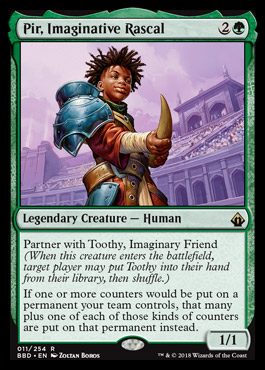 Yes I'm aware that Nate Burgess already covered the partners for Battlebond. But you know what, you didn't pay for his article and you're not paying to read this one either. So again, free value all around. I just wanted to point out that having a Hardened Scales effect for all your permanents as your commander is insane value. Yes, little man starts out as just a 1/1 but if you're playing Pir and his translucent pal Toothy together then you know he won't stay a 1/1 for long. Remember folks: Pir triggers off ALL permanents you control, not just creatures. Planeswalkers, artifacts with charge counters, get wild and play in the 99 with Assemble the Legion, whatever your heart desires. Buy an extra set of dice. 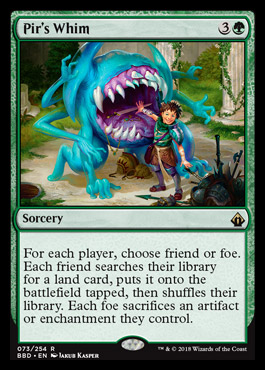 This might be one of my favorite cards from the new set. Fetching up your best land and blowing up something from everyone else at the table is well worth a four mana investment. This is another one of those sweet political cards that green was able to pick up in the set, and I think it's very well executed. Green hasn't had much in the way of political cards outside of group hug type effects, so this twist is both wonderful to see and very well designed. 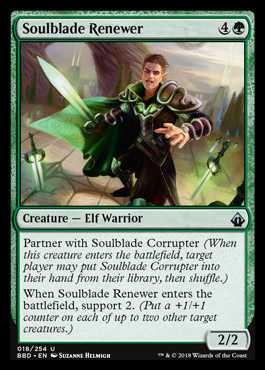 Counters for everyone here. Some of the support cards we got from Battle for Zendikar block weren't really worth running for the one shot effect. Being able to recur this guy is nice, having a partner is more upside but still probably doesn't warrant a great deal of play unless you're really wanting these types of effects. Now that I think of it, Ezuri, Claw of Progress probably really likes this... 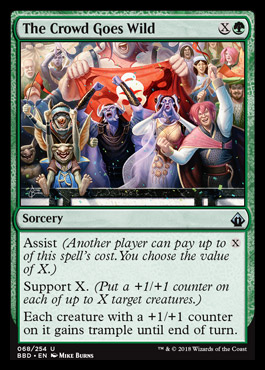 In our EDHREC writer Slack channel the crowd seemed to be pretty mum on this card along with Assist in general. I on the other hand LOVE the mechanic and appreciate this card. Assist feels like a mechanic that was designed to bring down the player in the lead by letting the rest of the table conspire against them to catch back up. This one may not necessarily be a big tempo swing but offering to put some counters on someone else's creatures in return for finishing off the combo player a turn or two earlier isn't a bad ceiling for this card. It's not great but I know I'm going to enjoy playing with the mechanic in general.

And there we have it, all our green cards all bonded together in one article. What are you all more excited for: the new cards or the reprints? There are certainly some great cards in both of those categories and this set looks like it is going to accomplish what Conspiracy tried to do but lacked a bit in being great for limited AND Commander. I am super disappointed I will miss all the release events for this set since 2-Headed Giant is one of the formats that I enjoy the most, but moving to a different time zone tends to do that.

Anyways, let me know in the comments what green card you're most excited for! Pri's Whim seems to be an early front runner for me for sure, but if I open a Doubling Season instead I won't be disappointed.