Challenge the Stats – Advocating for the Advocates 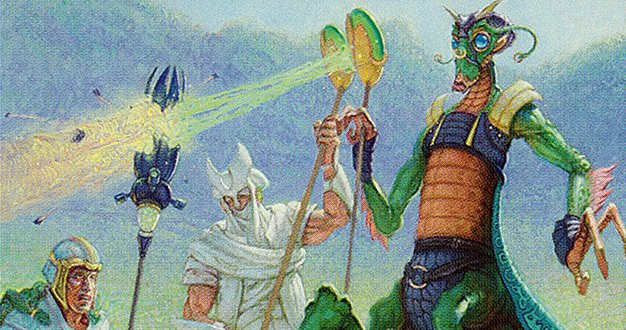 Welcome to Challenge the Stats! This series is based on the awesome EDHRECast segment where we pick out cards that might be overplayed, underplayed, or sleepers to challenge EDHREC’s data. But remember, these are merely comments on the data, and card choices made by you, the deckbrewer, for any reason such as flavor, budget, art, or fun are always most important and are what keep our format unique and awesome.

This week, we're going to challenge a group of mechanically similar cards out of Judgment that share the name "-mage Advocate". They are all creatures with activated abilities that require us to return one or more cards from an opponent's graveyard to their hand. This might not be a bad thing in a multiplayer game, where those cards could be used to make a deal, might help take care of a mutual threat, and might be lands or not very impactful cards that we don't mind giving back. Importantly, we get to choose the opponent and the cards to return, but there must be legal targets for our ability to resolve. So far, we've only seen these Advocates in green and white:

Let's discuss them one by one, and see what decks they might be a good fit for!

The Pulsemage has the most expensive cost of returning three cards from an opponent's graveyard to their hand, but it might have the strongest upside as well. It lets us reanimate a creature from our graveyard right to the battlefield, potentially every turn. More, if we can untap the Pulsemage!

There must be legal targets, meaning if there aren't three cards in one opponent's graveyard, we can't return a creature from our 'yard to play. This means the Pulsemage will have a harder time doing work earlier in the game, and an easier time later in the game, making it less desirable for those reanimator decks that want to dump something huge in the 'yard and get it out on the battlefield as soon as possible. The Pulsemage would shine in reanimator decks that are looking for some legs in the late game, mill decks, and maybe even white decks looking for some card advantage alongside their Sun Titans.

The Shieldmage is a great include in decks that are looking to pillowfort or politic their way to victory. This seems right up Breena, the Demagogue's alley, and Shadrix Silverquill is looking to make some shields and deals, too. Perhaps it could even make waves in a Kenrith, the Returned King political deck, or a Kynaios and Tiro of Meletis deck, who would like it for some protection and fodder for making deals.

Monarch had a great resurgence in Commander Legends, and the Shieldmage is a great way to help us make sure we can keep it. Jared Carthalion, True Heir and Queen Marchesa are pretty happy about having a hand with this quest.

The Spurnmage is a rattlesnake effect, which, like the Shieldmage, is also great to dissuade attackers. It feels similar to Stalking Leonin (2,000 decks), Soul Snare (2,300 decks), or Royal Assassin (3,300 decks). These analogs aren't too popular, but if you're already running one or more, the Spurnmage is worth a look.

One deck that might really like it is Mathas, Fiend Seeker, who can put a bounty counter on a creature and give it the Neo double-taunt.

Attaching artifact or enchantment destruction to the body of a creature isn't a new thing, such as Reclamation Sage (63,400 decks) and Acidic Slime (38,100 decks). However, being able to do this repeatably to get extra value is pretty awesome. I also love this as a rattlesnake effect because it keeps our opponents' best artifacts and enchantments rotting in their hands until they can find a way to deal with our creature.

Think of the work a Caustic Caterpillar does in a Muldrotha, the Gravetide deck, how effective a Steelbane Hydra is in a +1/+1 counters deck, or how good Nullmage Shepherd is in a token deck (notice the similar name?). Nullmage Advocate gives us that repeatable value but doesn't ask us to be in a particular archetype.

Also, Grist, the Hunger Tide is excited to have an Insect buddy!

This is arguably the worst one. Giving an opponent a card for a +1/+1 counter just isn't worth it. Perhaps a very particular Thantis, the Warweaver deck that likes counters and politics would be interested in the Forcemage? I doubt that there's really room. There's already a crowded field of amazing +1/+1 counter cards in green which nudge this one out. It's showing up in some Group Hug decks, but I'm not sure it's even worth a slot there, since there are so many other fun Group Hug +1/+1 counter cards that could be in that slot. Helloooooo, Orzhov Advokist! Advokist is basically an Advocate, right?

If you want to see some of these Advocates make an appearance, here you go! They're fun role-players in my Jared Carthalion Group Hug deck!

What do you think about these funky old cards? What decks do you think they'd be a good fit in? Let me know in the comments below! As always, you can find me on twitter @jevin_mtg, or join the Challenge the Stats Discord here.