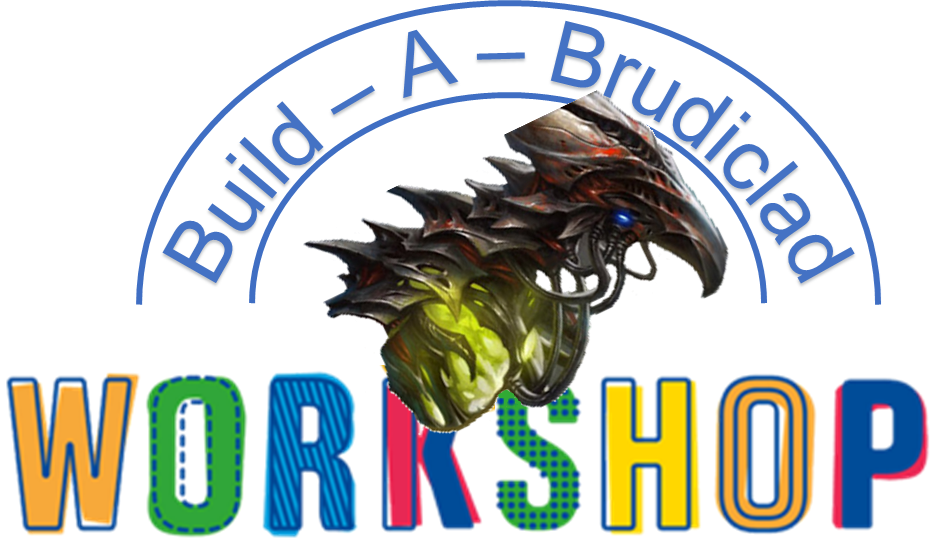 I had a tough decision when writing this article. After seeing that Brudiclad won the last poll, I sat down to do my homework. Before I start a new article, I run a search for any previous articles written on the commander, then try to link them in the article for reference. To my surprise, there were TEN previously written articles about Brudiclad on EDHREC. He was so popular that five Brudiclad articles were published on EDHREC within two weeks!

Another writer, Seth Cross, recounts seeing this Brudiclad-pocalypse: “I was half finished with my Brudiclad article when someone pointed it out. I rage flipped my desk.” Like Seth, I had to ask myself: was it worth it to write another one? What more can I add that hasn’t already been said? I put the question to the EDHREC team, and they unleashed a storm of Brudiclad puns: “Begin the Brudiclad-pocalypse again!” cried Angelo. Finally, Jason Alt weighed in, “[T]he people have spoken, and to deny them would be rude-iclad.”

So, dear reader, I’m here to answer the call for the eleventh Brudiclad article! Saddle up, because these puns are happening (tell us your favorite puns in the comments!).

But, I feel that simply challenging the stats and presenting a decklist isn’t as helpful since we already have so many resources at our disposal. Let’s do something different this week. I’ll try to create the ULTIMATE BRUDICLAD EDH PRIMER, drawing on the hard work of previous EDHREC writers.

First, we’ll go through a summary of all the previous Brudi-chronicles. Then, I’ll break down all of the card categories that we need for our Brew-diclad and use the data from the previous articles to figure out how many cards we want in each category. I’ll add in some underplayed and sleeper cards, and finally, we’ll use all of this knowledge to create a build-your-own-Brudiclad template, where you can choose your favorite pieces and assemble them together!

Thanks to Christian for being my Imagecrafter and fulfilling my Strange Augmentation request for a Build-a-Bear/Brudiclad mash-up.

Before we get to the EDHREC articles, I’d like to start this section with a deck-tech from a friend of the site–The Command Zone. On August 10, 2018, Josh Lee Kwai and DJ (filling in for Jimmy) tackled Brudiclad. They have a great deck breakdown, and do yourself a favor and watch their hilarious bit from (0:0:55) to (0:1:30) where they try to figure out how to pronounce Brudiclad and settle on a Scottish accent. It cracks me up to this day, and I hope that you pronounce it like that in your head for the rest of this article.

Now we get to the EDHREC articles! Let’s do these in chronological order so we can appreciate how Brudiclad took EDHREC by storm.

Nate Burgess kicks off our Brudiclad-pocalypse by building a focused artifact-themed deck, with zero instants and sorceries! That takes some dedication, and I love to see restricted deckbuilding! He asks the question, “Is this the commander that makes Soul Separator good?” It takes a real creature in our graveyard and turns it into two relevant tokens for Brudiclad to copy.

Two days later, Christian’s article came out about his Brudiclad deck tech, chronicling a personal challenge where his whole playgroup built around the 2018 precons. Christian’s deck is fun, splashy, and everything “Brudy” wants to be. Christian is the first to break down the generic “Brudiclad puzzle” of assembling a small army of little tokens and then using a single big token to turn them all into with our commander.

Ten days later, Matt Morgan released this article, taking inspiration from 60-card Modern decks to make his Brudiclad build. He pulls from two decks, combining infinite combos to beat down our opponents with aggressive Goblin tokens. These are both great strategies to use with Brudiclad.

Sam Alpert followed up Matt Morgan three days later with his article that highlights some repeatable token production. He has an interesting take on some alternate ways to make little tokens into big tokens: Day of the Dragons and Descent of the Dragons. I’d also add a newer release to that backup plan: Masterful Replication.

Five days after that, Brody Mikel released an ultra-budget Brudiclad deck! This is a great place to get some ideas for playing Brudiclad on the cheap.

Seth Cross finishes up 2018 with an antithesis to Nate’s no-instants-or-sorcery deck by making a Brudiclad spellslinger build. He uses token-producers like Talrand, Sky Summoner, Murmuring Mystic, and Young Pyromancer to create a massive token army to overwhelm your opponents.

Wow, we’re finally into 2019! At the end of Seth’s last Brudiclad article, he teased a Goblin tribal build that readers demanded to see! So he reprised his Replacement Commander article with a deck that features Krenko, Mob Boss as the “hidden commander”.

Scot Sutton goes into a detailed primer of his Brudiclad build, discussing why he likes Saheeli, Sublime Artificer and listing several infinite combos.

Exactly a year after the first EHDREC Brudiclad article, Kya Vess talks about our Commander 2019 preview card, Aeon Engine. She builds Brudiclad as only she knows how: Brudi-chaos. She takes advantage of copy artifact spells to turn all of our tokens into Aeon Engine, Timesifter, or Mindslaver to lock our opponents out of the game, and Omen Machine or Gate to the Æther to create ultimate chaos! It’s lists like these that keep us from allowing her out in public!

For our most recent Brudiclad article, Kyle Keller takes advantage of one card from Throne of Eldraine, Seven Dwarves. They all pump each other up, so by making all of our tokens into copies of Seven Dwarves, they become enormous!

We’re going to break down our next section into the categories that Brudiclad needs to win. The deck takes some set-up, but it has the potential to do magical Christmasland things. Brudiclad needs to create a handful of tokens, make one big token to copy, and use his ability to turn all of those little tokens into the big token for a huge turn.

The hardest part of making a Brudiclad deck is getting the balance right for each puzzle piece of our strategy. It can take many playtest games to figure this out, and I hope that this guide can help us jump-start that process. There are different ways to build Brudiclad, but this is a starting point.

To do this, I’m going to draw on the collective knowledge of all of the previous EDHREC Brudiclad brewers (and The Command Zone) to average out how many cards should go in each category.

The Goblin tribal and ultra-budget brews were outliers, so I removed those and took the remaining eight EDHREC writer’s lists and The Command Zone’s list to get an idea of the average Brudiclad balance. Analyzing these nine decks gives us an average of 19 cards that produce tokens, 16 cards that make a big token or token copy, and 5 cards that are good copy targets.

In comparison, EDHREC’s average deck feature has 20 token-producers, 24 big tokens or token copy spells, and 4 copy targets. This is pretty close to our deckbuilder’s average, but we might be seeing a bit too many cards in the “big token” or “copy token” categories.

Now that we have our numbers, we can just pick from the categories below to build our deck! Then, we’ll round out our deck with card draw, ramp, and removal!

A few notes before we get started:

Lands that produce tokens were excluded for simplicity, but we should include as many of these as we can on top of our normal token-makers.

Some cards dabble in multiple categories, but I tried to slot them into categories that they were strongest in. Overall, I don’t think that this had a large effect on the data.

Don’t forget: we have the ability to dodge many board wipes by turning our artifacts into Clues, Treasure, or even lands (by making a token copy of an artifact land). This adds some much-needed resilience to our deck! Just imagine turning all of our tokens into Clue tokens, casting a Blasphemous Act, and having all of those tokens to turn into hasty creatures on our next turn!

Finally, I’ve added some challenges in the categories below that didn’t show up in any of the previous lists that are either sleepers or are underplayed on Brudiclad’s EDHREC page.

This category is all about making multiple little tokens, whether in a burst or over time. As we know, we should shoot for 19 of these. On the budget side, we might be looking at cards that create just one token. I’ve omitted those from the list here, but there are plenty of options, and check out Brody’s article and this Scryfall search for ideas.

I’ll say a few quick words on my challenges:

This category is about making a big token or copying a creature to make a big token. Pick 16 of these to add to our deck!

I don’t have too many challenges here, as the options are pretty well explored.

Often times, Brudiclad wants to copy a creature to make a powerful token. This category is for all of the creatures that have a crazy effect when we copy them. Pick 5 to add to our deck!

At this point, we should have 40 cards in our deck from these categories. Let’s add in 38 lands, for a total of 78 cards. Then, let’s add 10 card draw, 10 mana ramp, and 10-ish removal cards (single target and board wipes; meta dependent).

But Jevin! That’s 30 cards and we only have 22 slots left! Well, let’s see how many cards we already picked fit these categories. For example, Tamiyo’s Journal and Idol of Oblivion count as card draw, Curse of Opulence and Captain Lannery Storm count as ramp, and Supplant Form and Sublime Epiphany count as removal. Part of the fun of deckbuilding is fitting one card to multiple uses and getting it all to fit in 100 cards.

If we need some inspiration for draw, ramp, and removal, Brudiclad’s EDHREC page is a great place to easily find ramp (in the mana artifacts category) and removal (instants and sorceries categories). For draw cards, a few of my favorites for this deck besides those that produce tokens are Outpost Siege (both modes are relevant for us), Slate of Ancestry, Midnight Clock, One with the Machine, Sandstone Oracle, and Skullclamp.

Season to taste and there you have it, our Build-a-Brudiclad deck is complete!

Let me know what you thought of this unusual Challenge the Stats in the comments below! Were there any cards that you want to see in your Brudi-brew that I missed? Did you think of more terrible puns while reading? I need to hear them!

For the next Challenge the Stats, vote on which other reprinted commander from Double Masters you’d like to see!

Jevin Lortie has been playing magic on and off since Portal. He was terrible at Magic as a kid because he built singleton kitchen table decks. He is a nutrition science grad student, so he always tells people to get a healthy serving of fruits and vegetables – especially ramples and drawnanas. You can see him ramble about non-magic topics at https://medium.com/@jlortie