Challenge the Stats – Outmaneuver Your Opponents 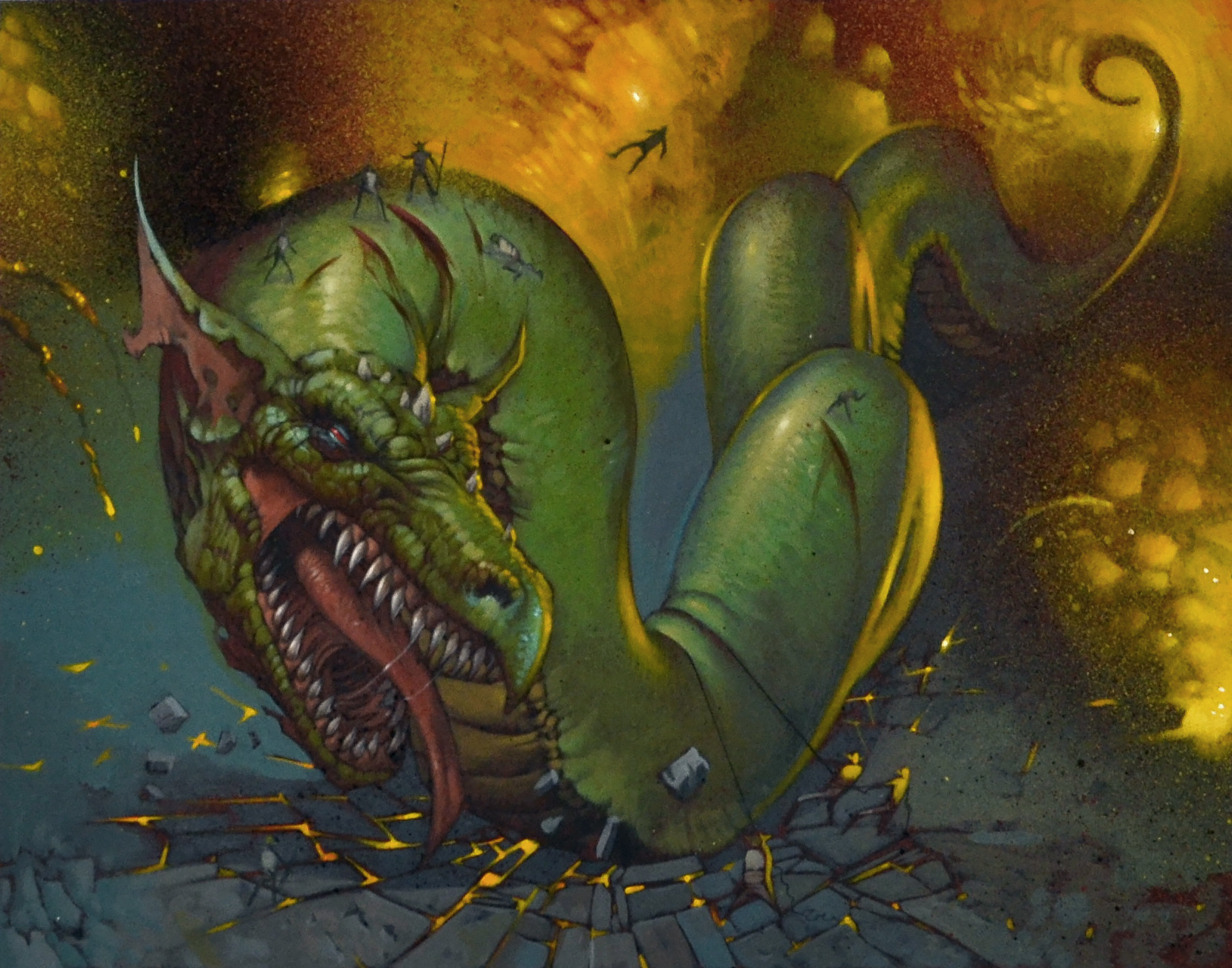 Now You Block Me, Now You Don't

Welcome to Challenge the Stats! This series is based on the awesome EDHRECast segment where we pick cards that we think are overplayed, underplayed, or sleepers to challenge EDHREC’s data. Remember, these are merely comments on the data, and card choices made by you, the deck brewer, for any reason such as flavor, budget, art, or fun are always most important and are what keep our format unique and awesome.

Today we're talking about one of my favorite cards, Outmaneuver, which shows up in only 247 total decks, and is definitely underplayed. It's a "super trample" spell that can hit multiple targets at instant speed, meaning we can use it on our attack step or an opponent's attack to K.O. another player. If you've ever used Rogue's Passage on an opponent's beefed-up attacker, you know this effect can be potent!

As a reminder, damage goes through as if the creature wasn't blocked, but the attacking creatures still take damage from any blocking creatures, so they aren't truly unblockable, and they might not survive combat. This makes it all the better when we're interfering with an opponent's combat step, since their creatures may still die. When using it on our own creatures, we can arrange a big enough attack that losing our creatures won't even matter if our enemies are taking lethal damage too!

There are some other similar effects to Outmaneuver that I'd also consider underplayed. Dauthi Embrace (1,175 decks) can make several creatures effectively unblockable at instant speed. At the cost of two black pips, it's a tough ask to hit more than one creature, unless you're playing mono-black. War Cadence (1,150 decks) can create a high tax for each blocker, making several creatures hard to block. In both cases, this is useful both for our own aggro and for political purposes.

Bedlam (1,500 decks) makes all creatures unblockable period, and certainly isn't subtle about it. Then there's Mercadia's Downfall (464 decks), an instant speed mass-pump spell. It's the oddball here because it doesn't grant evasion, but it has a similar go-wide and "gotcha" vibe. Even a few unblocked 1/1 creatures can turn lethal with Mercadia's Downfall. Like Outmaneuver, it surprises opponents by taking what they thought was a safe position and pulling the rug right out from under them.

There are also a few similar-ish cards to Outmaneuver that are far more popular, like Rogue's Passage (96,000 decks) and Key to the City (9,600 decks). Rogue's Passage is a land, so it provides incidental utility, but a steeper mana cost. Key to the City gives us some card selection, but again, only works on one creature at a time.

When it comes to making one of our creatures unblockable, we have a lot of options, like Whispersilk Cloak, Trailblazer's Boots, Prowler's Helm, Hot Soup, Slip Through Space, Aether Tunnel, and more. These cards are all played wildly more than Outmaneuver, so which decks would favor Outmaneuver over these?

Two categories jump out at me:

My favorite pick for this is Zaffai, Thunder Conductor. Zaffai creates 4/4 Elementals when we cast big spells, so we'll often wind up with an army of 4/4s. That's great for blocking, but they don't always have a way to get through for damage. Outmaneuver for five mana means we'll get four of those 4/4s through, and we'll even create another one! Scale it up a bit and we can get as many Elementals through as we have mana, potentially closing the game. Better yet, if we cast Outmaneuver for a magical 10 mana, we'll trigger Zaffai's "ultimate" and deal 10 damage to an opponent at random!

Angry Omnath is another big Elemental producer that might just want to swing in with a few 5/5s. Wait, didn't I specify non-green before? When we're talking about commanders that can play green, why play Outmaneuver when we could use any of the other green mass pump effects, like Overwhelming Stampede or Craterhoof Behemoth? That's a very good question, and I think the answer lies in how much of a hipster you like to be.

I'm tempted by another green one! Vrondiss, Rage of Ancients makes pretty beefy Dragon Spirit tokens. They sacrifice themselves when they deal damage, so make sure that damage gets through by Outmaneuvering them! Honestly, any Dragon deck might want Outmaneuver as a way to punch through with chonky flyers.

Delina, Wild Mage is wild about Outmaneuver. We're not sure how many attackers she'll end up with, so giving them evasion in the middle of combat is a really nice option, and since the tokens disappear anyway, we don't care if the attacking creatures still take damage from blockers.

On the flip side, the somewhat similar Rionya, Fire Dancer is an interesting choice, although it has a bit of tension with the card. Outmaneuver could be used pre-combat to get another spell count for Rionya to create an extra token, although this wouldn't help push through damage with any of the tokens she'll make in combat. I don't think that's a nonbo, though. I think it's just good versatility. The spell either helps push for lethal, or helps enable the commander's effect in the first place.

How big do we want tokens to be before we swing with them? I'd say 2/2s, like Gavi, Nest Warden's Cat Dragons, are probably too small, but at 3 or 4 power, it starts to get a lot more potent. That's why I also like some of the new Lorehold commanders. Hofri Ghostforge and Quintorius, Field Historian both make swole Spirit tokens, and Outmaneuver can help them close out a game. I'll also give an honorable mention to everyone's favorite token transformer, Brudiclad, Telchor Engineer, whose tokens go from dinky 2/1s to 10/10s quicker than a Shimmer Myr can flash in a Mycosynth Lattice.

Lastly, for a potential commander who isn't just about building armies, here's a silly Voltron commander, Rielle, the Everwise who appreciates another spell in the 'yard to pump her up and help her smash in for commander damage at the same time. Can't we just use blue's unblockable spells on her? Yes, we'll be sure to use those too. Remember, though, that we still have political applications with this spell, which players don't always expect from a commander-damage-focused deck.

Speaking of politics, let's move on to category two: Forced-Combat or Political commanders that don't just want their own creatures to sneak damage through, but may also want to mess with out opponents' combat steps as well.

Xantcha, Sleeper Agent needs ways of getting her damage through, but she can't use Equipment to do it, and has to rely upon clever spells. She also likes to mess with opponents' combats by using cards like Disrupt Decorum and Kardur, Doomscourge. We're already making combat a nightmare for our enemies, and we're often leaving up mana to instantly activate her ability anyhow, so Outmaneuver is a sleeper hit for our Sleeper Agent commander.

Gahiji, Honored One pumps our opponents' creatures when they attack each other, at which point we'll be able to Outmaneuver them through enemy lines. Players rarely expect huge combat tricks in Commander, so this fits into the deck perfectly as a tricky way to surprise those players who thought they had wisely lined up a bunch of chump blockers.

Similar to the other commanders in this category, Marisi, Breaker of the Coil Goads all of our opponents' creatures, giving us an army, even though that army isn't ours! We can use our spell on an enemy's attacking army, forcing them not only to do our bidding, but to do it powerfully, or we can use this spell on our own creatures to prompt Marisi's Goad trigger in the first place.

Keep in mind that we can cast Outmaneuver before or after blockers are declared, which will influence how our enemies choose to block. They can line up what they believe will be a good set of blockers, only for us to reveal our super-trample effect, or we can cast the spell before blocking happens at all, in which case the defending player may be less inclined to block with anything at all if damage will go through anyway. This can be helpful for Marisi in particular, since he may want there to be more creatures on the board for future Goad-tastic combat steps.

Karazikar, the Eye Tyrant is another new Goad commander who loves Outmaneuver for all the same reasons as the commanders above, except he has laser snakes coming out of his head, so that's a plus.

Let's get to a decklist! I don't think many players expect a combat trick in a Spellslinger deck, so here's my brew for a very tricksy Zaffai:

You maneuvered to the end of the article! Are there any other commanders you think would like Outmaneuver? Let me know in the comments below! As always, you can find me on Twitter @jevin_mtg. If you want to suggest a future Challenge the Stats, you can join our Discord and talk about the EDHREC stats with us.

Special thanks to Greg Staples for graciously sending me a high-res version of the card art!