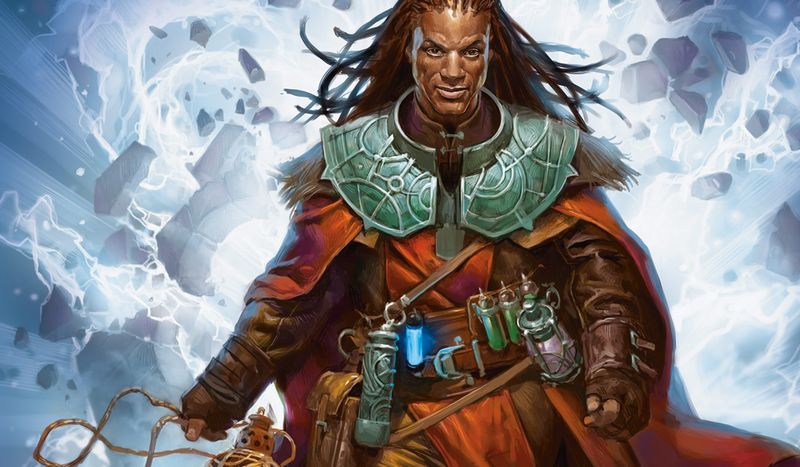 Hit Me Baby One More Time

Hello, and welcome to the new EDHREC series Challenge the Stats, based off of the wonderful segment on the EDHRECast. In this series, we’ll challenge the inclusion rates of 10 cards in a deck on EDHREC. Our goal is to highlight cards that we think are seeing too much play or too little play and classify them as overplayed, underplayed, or sleeper picks (not showing up at all on the commander’s page, but really should).

Keep in mind that these suggestions are meant as considerations to accompany EDHREC’s data. However, inclusions made on account of flavor, budget, art, or anything important to you as the deckbrewer are always valid and are what keep our format unique.

I Knew I Loved You Before I Met You

I'd like you to do a thought experiment, dear reader: I'd like you to imagine that you're me. You get jazzed about graveyard shenanigans, and you love Golgari for it. When Commander 2019 rolls around, you're head over heels that somewhere in the Savage Garden of Commander options, a completely different color combination has a general that wants to use the graveyard: Sevinne, the Chronoclasm. But to your dismay, the deck struggles to keep up with your opponents in the early and mid-game. It takes time to get those spells that we want into the graveyard. People say, "Just play Elsha", but to that you say, "NO! I will have my graveyard party in Jeskai colors!"

So you dig deep, completely overhaul the deck, and try to make something of this underdog team. We're going to take advantage of something special that these colors have going for us: self-milling and looting effects to get what we need in the graveyard and get the most value out of Sevinne.

Glitch in the Matrix

Challenging a preconstructed deck is a challenging new challenge for Challenge the Stats, and I think it would benefit you the most, dear reader, to approach this article a bit differently. Any precon deck's page (newer ones more so) is going to suffer from The Precon Effect, which is an EDHREC phenomenon where the cards included in the precon are over-represented on the pages of the commanders included in that precon, and cards that might be helpful considerations to players are washed out. While I typically challenge cards that are overplayed, underplayed, and sleepers, for this article I will ONLY CHALLENGE SLEEPERS. The reason for doing so is that overplayed and underplayed cards are already on the page, if we know where to look. Anything on the Cards to Cut section of EDHREC's handy Mystic Intellect Upgrade Guide should be considered overplayed on Sevinne's main page. Conversely, think about underplayed cards as anything on Sevinne's main page that isn't included in the precon (any cards without the C19 set symbol, shown below). Let me know what you think of this approach to precon commanders in the comments below.

You can see how often a card is played in the 359 Sevinne decks on EDHREC (at time of writing) in parentheses after its name. Keep in mind that, when referencing card percent inclusion in Sevinne, the precon effect will heavily decrease the percentage of cards that weren't included in the preconstructed deck and will increase the percentage of cards that were included in the deck.

So, let's dive right in to some sleepers!

Since we're playing lots of spells, anything that adds to our board is phenomenal. With all of our looting effects, we are going to be drawing lots of cards. The Locust God has the added benefit of giving us the option loot if we need to, which takes it over the edge for me. I love this card, especially alongside the cards that add to our board when we play spells like Kykar, Wind's Fury, Murmuring Mystic, and Docent of Perfection.

I enjoy the variance of playing without tutors, but I'll make an exception here. Wild Research gets us some key cards like Smothering Tithe, Ghostly Prison, Cyclonic Rift, or just a plain ol' counterspell. Bonus: it has the mini-game of potentially sending the card we want to the graveyard! Yes, that's a downside, but achievement unlocked if we can get it back out again.

Desolate Lighthouse is being added to 20% of Sevinne decks, and I think Geier-Reach Sanitarium deserves a spot, as well. It will give our opponents some card selection, but it'll most likely give us card advantage because we'll be pitching something that we can dig out again later. Also, it's much easier to activate than Desolate Lighthouse, and if we're desperate, we can use the Sanitarium on turn 3 to find what we need.

I did a double-take that this wasn't included already! Volcanic Vision does double-duty as a one-sided boardwipe and recurring a spell from our graveyard to our hand. Sevinne loves it!

Our commander is expensive. On the upside, he will dodge damaged-based removal and boardwipes, but if he gets knocked out multiple times we are going to have a hard time recasting him. However, we'll feel confident with Saving Grasp as an insurance policy, whether we have it in our hand or in our graveyard. As a bonus, when it's cast from the graveyard with Sevinne out, we'll get to copy it and save another key creature, as well!

Since we're in a three-color deck, our slots for colorless lands are limited, and this has a big downside of coming in tapped. But the effect is so powerful that I think it's worth it. However, we're going to need to make sure that we have enough colorless sources to pay for it. With that in mind, I'd make sure to run the Talismans and dual lands that produce colorless mana, like the pain lands, filter lands, and Nimbus Maze to give us at least 5-10 sources of colorless mana. We can see how EDHREC writer Joseph Megill ranks Mirrorpool in his complete ranking of all lands with EDHREC here.

This may be a hot take, but in this deck, I think these are better than the other popular one-mana cantrips that people are already adding to the deck, e.g. Brainstorm (18%), Ponder (13%), and Preordain (8%). Mental Note and Thought Scour both help our self-mill agenda, potentially netting us more than one card worth of advantage. Visions of Beyond is always good, but we're likely to hit that 20-card threshold quickly with all of our looting. I also like Strategic Planning (1%) as an imitation of the Grisly Salvages and Mulches of Golgari graveyard decks.

Folks have already recognized the value of Windfall (18%) in this deck, and wheel effects are going to be similarly valuable to us. This one was just reprinted in Mystery Boosters and it's a great time to pick it up.

This is an automatic inclusion for me in any deck that is putting things in the graveyard, especially with self-mill. First of all, it's going to help us mill two cards a turn. Secondly, it's an emergency back-up plan if we are going to mill ourselves out without a Thassa's Oracle handy. Finally, in the dreaded situation an opponent goes to remove our graveyard, we can shuffle all of our gas back into our deck and let them exile the cards we don't want to draw again.

This is the fast-lane to victory in our deck, since it will fill our graveyard with goodies! It is a gamble–we could put one card in the graveyard or all of them in the graveyard, but we are playing with red, so let's live on the edge. The odds are in our favor that we will get a good chunk of cards in our graveyard, but not too many. We can feel very confident milling ourselves with this if we have backup from the aforementioned Perpetual Timepiece, or if we have some ways to get advantage from it right away, like having a Sun Titan on the battlefield or even milling into a Sevinne's Reclamation. Additionally, if we're going for the rare Thassa's Oracle win, we can activate this several times to quickly power through our deck.

Back to the Future

Now that we're done with the challenges, let's take a look at a decklist. For the most part, I've copy-pasted the mana base from the precon since I'm assuming you're starting there and you can upgrade the tapped duals for untapped duals with whatever you have on hand. I'm also including a link to a budget decklist here (total $60 at time of writing), which I'll try to do in future articles whenever I can.

Let me know what you thought of the deck and format below! Just a reminder, we'll go back to the usual Challenge the Stats format when not challenging precon commanders. Also, don't forget to vote on next week's commanders!