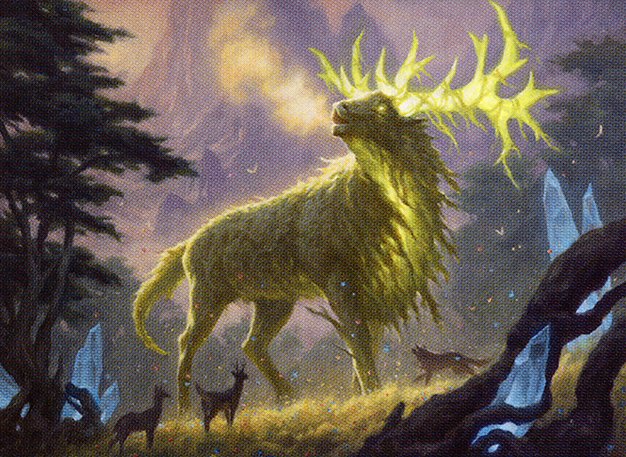 Let's talk about one of the most powerful Companions out there, Jegantha, the Wellspring.

Jegantha's restriction is pretty minor because cards with the same mana symbol can be easily replaced. The most noticeable losses are Wrath of God effects and big top-end cards, like Craterhoof Behemoth.

While the above is true, there are still some "hidden" restrictions when using Jegantha. Commanders like Jodah, Archmage Eternal will have trouble finding expensive cards to cheat out with the restriction. Artifact-heavy lists won't really benefit from having Jegantha as a Companion. There's also the case of needing to build a deck in a more color-intensive way to get full use of Jegantha's kit.

Speaking of which, let's talk about Jegantha's kit: it's pretty amazing! Having this kind of access to such a powerful mana dork is game-changing. There are plenty of powerful commanders that have the WUBRG cost that can be fully paid with Jegantha, which can lead into a huge tempo swing if we get to play Jegantha before our commander. Take The First Sliver, for example: it really appreciates having the huge tempo turn before getting cast. And don't even get me started on Najeela, the Blade-Blossom....

However, it's hard to get full benefits from Jegantha. Decks that play it well are the ones that tend to invest in some form of WUBRG activated ability or that are trying to cast multiple spells a turn.

Ramos, Dragon Engine is a commander that tends to have lots of multicolored spells, which are used to generate mana via its activated ability. Jegantha really helps the deck by providing both the color-fixing needed to consistently cast those spells and by accelerating so that we get to the point of casting multiple spells a turn. Ramos lists tend naturally trends towards tricolor spells, so not only we get full benefit from our Companion, but we also don't lose all that much with its restrictions.

Horde of Notions is a great tribal commander to showcase the power of Jegantha in a tribal setting. Horde provides a useful mana sink (that can even recur Jegantha), and having Jegantha makes getting multiple activations out of the commander much easier. Elementals as a whole don't lose all that much, aside from some tribal support. The fact that Jegantha is an Elemental plays really well with Horde, too, since we get to save it from the occasional non-exile removal.

Commanders with a powerful activated ability that can be accelerated by Jegantha also can make great use of it. These commanders often struggle to find the balance between paying for their ability and playing cards from hand. This combination allows for Sisay, Weatherlight Captain players to have more flexible turns where they don't need to overextend, allowing them to hold on to interaction for longer.

The combination of Niv-Mizzet Reborn and Jegantha, the Wellspring is quite an impressive one: Niv provides the cards and Jegantha provides the mana. The best part about this duo is that it's very easy to fully use Jegantha's mana ability because we have access to a bunch of different guild-colored cards.

Just like many Niv-Mizzet Reborn lists out there, our deck gravitates towards a control shell. We use our commander's ETB to fill our hand with powerful spells, and we have the mana (thanks to Jegantha) to cast some of them right away. However, we still need a way to win the game: enter planeswalkers. Planewalkers are a great type to mix with Niv 4.0 because they are resilient win conditions that are spread among the color pie, giving us plenty of great choices. Kaya, Ghost Assassin and Venser, the Sojourner are a great way to get a consistent chain of Niv-Mizzet's ETB, while Ral Zarek, Kiora, Behemoth Beckoner, and Kiora, Master of the Depths allow us to untap Jegantha. As for game-ending planeswalkers, we're packing some powerful ones: Teferi, Hero of Dominaria can quickly get out of control if we get to emblem, and don't underestimate Sorin, Grim Nemesis; we have a deck that isn't very aggressive but that packs a lot of punch, so the +1 ability can really make a difference. Garruk, Cursed Huntsman can quickly get out of control with its tokens and can be great in post-board-wipe scenarios, and his ultimate is really powerful with other token-producers.

Our control suite is really important, but it's not as straightforward as other decks. We do need to consider the color identity of the cards that we're including so that we have a more reliable Niv trigger. Each guild has a certain tendency that we can explore to improve our consistency. Dimir, for example, is filled with counterspell goodies, like Countersquall, but it also has lots of great removal/counterspell hybrids, like Drown in the Loch and Dimir Charm, that are usually live for most of the game. Finding the perfect balance is a fun challenge that rewards the time we put into it.

We're choosing to go with as few non-guild-colored cards as possible, but there's certainly the case to add a few more high-impact staples, such as Doubling Season, into the mix. In fact, all of our non-hits are cards that are dedicated to smooth out our mid-game, by either color-fixing, or simply by accelerating us in the early game. Flexible ramp spells, such as Skyshroud Claim and Farseek, are even better because they can also thin our deck, which on its own isn't that relevant, but, in conjunction with our fetch lands, can make a difference.

Our priority is to get Jegantha online as soon as possible; our impact on the board is much more... impactful when we untap with it. Getting to use Jegantha to pay for our commander means that we have the mana to cast at least one extra spell on this turn, which is usually a huge tempo swing in our favor. This curve is really something else, and it's mainly the reason why I felt that enablers, like Panharmonicon or blinks in general, felt a bit unnecessary, as they play kind of awkwardly with our setup.

This list is something else. The combination of mana and card draw is impressive, and it shows the power of Jegantha as a mana dork. The deckbuilding restriction never was in the way of the deckbuilding process, and it felt like a nuisance more than anything else.

I was quite impressed on how Jegantha played out. The Companion tax change certainly reduced some of the possibilities for it, but Jegantha's impact didn't get completely destroyed like it felt with Zirda, the Dawnwaker. In fact, Jegantha felt very similar to Zirda, but it was overall better than its Boros counterpart because it was not as restrictive.

That’s it for this Collected Company! What do you think about this article? What are your thoughts on Jegantha, the Wellspring? Which Companion do you want to see covered next? Share your opinions in the comments.