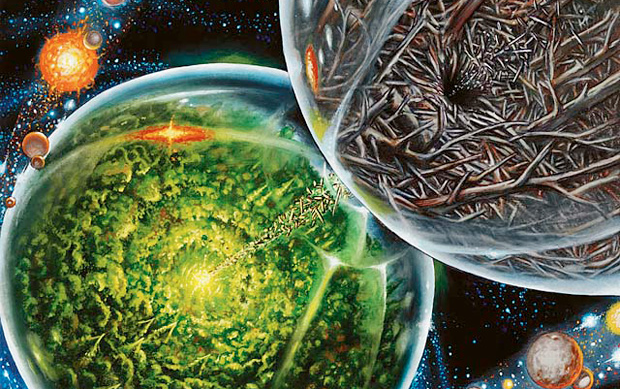 Once again, this man, this combo-playing man, was tasked with the colorless cards for the review of the new set, Core Set 2019. I’m happy to oblige because there are a ton of really sweet new artifacts in the set, plus some really spicy reprints! Let’s get started before I lose my mind with excitement.

Unless you are in the most competitive meta I’ve ever seen, this is unlikely to be an effect you’re looking for on the front half, which taxes spells or abilities that target you. As for the second half, which nerfs tokens, this just seems really strange to include over something more effective, like a simple Wrath of God.

Move over Jayemdae Tome, there’s a new book that draws you a card at a better cost! Wait, you mean there's already a better one in the form of Jalum Tome? And an also-arguably-better Urza’s Tome? Listen, that’s not the point, the point is that this is better than Jayemdae Tome and that’s all that matters.

I never knew I wanted this card until I read it. Now I must own it, and make it mine forever. I either exile a spell or get a free spell from someone else’s deck! This is great news for every deck that plans on playing other people’s creatures already; now you can also play their instants and sorceries!

Dredge, Zombies and reanimator decks have a new best friend with Desecrated Tomb, a cheap artifact that simply sits there are does work over time. If you’re playing Palace Siege and get one thing back a turn, or you plan on exiling creatures from your yard for value with Frankenstein’s Monster, you get some 1/1 flying Bats for free!

We’ve seen cards like this before with things like Dragon’s Claw or the Magic Origins version with Prism Ring. While the ring was by far the most versatile version we had seen up to this point, it hardly sees any play, with only 380 decks on file. Though Diamond Mare offers an interesting new Horse to the mix that pairs well with Crested Sunmare, it's probably going to see just about the same amount of play as Prism Ring. Gaining only one life for a specific condition just isn’t great, especially when you compare it to Aetherflux Reservoir, which does all that and more.

A three-cost mana rock is a really tough spot to fit into when you already have things like Darksteel Ingot or Chromatic Lantern to fill that space. That being said, if you're Dragon tribal, or just run a boatload of Dragons, this seems really strong for you. It's just powerful enough to make the deck, but weak enough not to draw the attention of most targeted removal.

If you ever wanted a very ineffectual one mana artifact, I’ve got one for you. Why run a proactive Relic of Progenitus, which exiles graveyards and draws you a card, when you could gain one life a turn and pay three mana to draw a card, but only one time! Don’t run this card, it’s not good.

Spine of Ish Sah with a 3/3 body! Great for reanimator decks, less good for everyone else. Stop targeting my stuff, Jeff.

I’m surprised this isn’t legendary, given the name. "Sigiled Sword of Valeron" just seems very legendary to me. It comes off as a kind of Dub for equipment, with some minor upside. If you are running some sort of "Knights matter" deck and one of the key pieces to the whole thing just isn't already a Knight for some reason, then I guess you could run worse cards than this sword.

After reading this card’s name, the only thing I could think of is “why aren’t there any cards with ‘spooky’ in the name?” Outside of that, it’s a more clunky Rogue’s Passage and most decks don’t need a clunky passage.

What a weird card. This is meant for the folks who like to make really weird tribal or theme decks and go all in on them. It's also meant for people like me. Why? Because jank is the name of my trade. Unfortunately, I think there’s a limit to my own jank levels, and this is a little too much for me. If someone figures out something amazing to do with this wand, let me know, and I’ll be very impressed.

Finally, a side-grade to Arcane Lighthouse everyone wanted? It’s cheaper to activate but it doesn’t hit shroud. However, it also hits players. This seems like a meta card choice to me more than the most “MUST INCLUDE IN EVERY DECK EVER” kind of land.

Onto the notable reprints! There are a couple that have been sorely needed for a while now. Crucible in particular is probably included in too many EDH decks that don’t actually need it already, but the price tag on it prevented many from even trying to make that mistake in the first place! I think this card knows where it belongs; as discussed on the recent EDHRECast M19 Review, make sure you run this card because it belongs in your deck, and not just because it's famous. An excellent reprint, though.

Every year this card isn’t reprinted makes the price jump a little more, so I’m glad to see this staple around again. It’s one of those cards that doesn’t seem like much until you see everyone else use it, at which point you feel like a pleb who has to discard to hand size.

I don’t know if anyone was really asking for this reprint, but I think it's important to know that it is out there for the people who really want to take extra turns. If you are one of those people, please speed up your play a little so that I don’t fall asleep watching you do it.

If you'd like a thorough explanation of the value of this particular reprint, I suggest you check out this article immediately.

Which colorless cards are you looking forward to in Core Set 2019? Which will make the biggest impact in your meta? Let us know in the comments below!