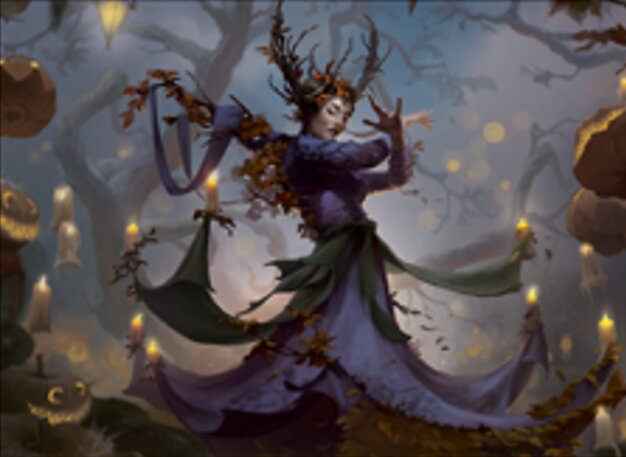 Welcome to the Nitpicking Nerds Precon Upgrade Guide for the Coven Counters deck, where we cut the chaff and add synergy, power, and consistency to make a deck capable of growing a Human army at higher power levels!

When upgrading a Commander precon, it’s important to stick to this basic checklist:

This deck, commanded by Leinore, is aiming to build a boardstate to trigger her Coven ability each turn and use the extra card advantage to deploy an army of humans, which it will then pump to massive sizes in order to overrun the defenses of its opponents in one lethal swing.

With a core strategy in mind, cutting cards becomes much easier.

The first cards to go are the ones that don’t even remotely fit this deck’s game plan.

This precon came with a lot of +1/+1 counter support, but a lot of it falls short, and this deck will start to lean on Humans slightly more than counters post-upgrade.

The next cards that can be trimmed are the deck’s subpar token-makers and token payoffs.

These may be Humans and Human payoffs, but you can do much better.

The land cuts were pretty easy: Temple of the False God, which gets cut from everything ever, 5 Forests, and 5 Plains. They’ll make way for much better lands in the upcoming “adds” section!

Here are some of the most synergistic cards added to the deck:

Like I mentioned earlier, we cut back a bit on the +1/+1 counters theme, but a few solid additions keep the idea around as a subtheme.

For token-making, Reverent Hoplite, Increasing Devotion, Geist-Honored Monk, and especially Call the Coppercoats will ensure your board is always flooded with tokens, especially Humans.

Lots of Humans have been added to this deck, all with different purposes.

Before getting to the lands, it’s worth mentioning the two infinite combos in this deck that will help it cruise to victory in the mid to late game.

Time to add some awesome lands.

That concludes the Precon Upgrade Guide for Coven Counters! Sleeve up this deck, build an army of Humans, and power them up for massive attacks against your opponents!