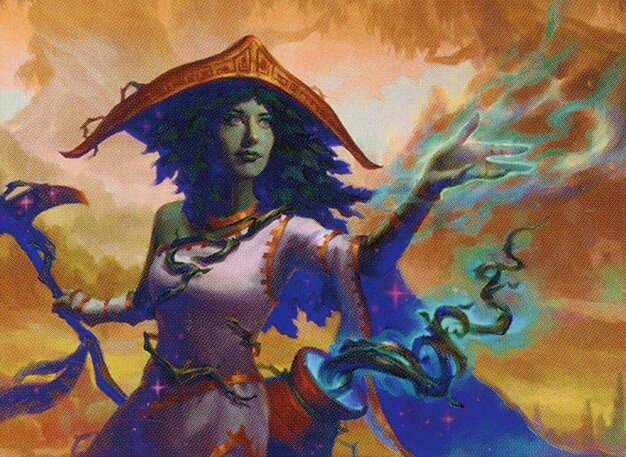 Did you know that EDHREC has an EDH Wiki? Go check it out, if you haven’t already. It’s written by the community for the community, and there’s a lot of cool stuff in there! Deep Analysis is series where we learn about an archetype using its Wiki page, then apply this new knowledge to build a deck.

In this article we'll be taking a look at one of the most iconic permanent-based archetype: Enchantress. Let's see what the Wiki says about it.

Enchantress is an EDH deck archetype named after the Legacy Enchantress archetype. The name derives from an obsolete creature subtype featured originally on the Alpha card Verduran Enchantress. The term “Enchantress” is a slang term that refers to a creature or enchantment that lets its controller draw a card whenever they play an enchantment.

As we can see, Enchantress is an enchantment-based archetype that uses Argothian Enchantress-style effects to keep up a constant flow of enchantments, sometimes even leveraging it to fuel cards like Sigil of the Empty Throne or Serra's Sanctum (on higher budgets). While having just one Enchantress won't let us dig through our deck too quickly, the real power of this strategy power comes from the fact that we can easily stack multiple copies of this same effect.

Green is the main color for Enchantress. It offers many of key features, such as ramp attached to a relevant card type and plenty of Enchantress effects. For green-inclusive commanders, we have a lot of flexibility both in standard Enchantresses, like Siona, Captain of the Pyleas, or more oddballs, like Pharika, God of Affliction.

White is a close second to green in terms of support, and is a great color to pair with green. While it doesn't offer as many Enchantress effects, it has enough tutors to compensate for the lack of draw and offers plenty of enchantment-based removal. For commanders that have white in them, we've got plenty of support-based or Aura-based legends, like Sram, Senior Edificer, or more midrange-oriented, like Sythis, Harvest's Hand.

Blue give us clone effects, which might not seem all that relevant, but the ability to clone key enchantments can help put us over the top. One thing that the color has going for it is a great array of token-producing enchantments. Adding blue to Selesnya gives us access to plenty of powerful dedicated commanders, like Estrid, The Masked and Tuvasa the Sunlit, and it also allows us to build around Blink commanders, like Yorion, Sky Nomad, in case we want to double up any Constellation cards out there.

Black gives us access to a more defensive line of enchantments and some great Group Slug pieces. For commanders, we have a few different types ranging from Zur the Enchanter for a toolbox-type commander, all the way to Alela, Artful Provocateur, a token-centric commander.

Red usually prefers artifacts to enchantments, but it brings a ton of aggressive enchantments that are great on Group Slug shells. We don't have that many clear-cut commanders here, but once we look a bit deeper we can find some great options, like Vaevictis Asmadi, the Dire, or even Mogis, God of Slaughter.

There are quite a few possible sub-themes an 'enchantment matters' list can choose from. If we want to be more defensive, we could choose to include a few Pillowfort pieces. If we want to be more aggressive, Aura-based Voltron can be very resilient with the combination of strong, immovable threat coupled with draw support.

Sythis, Harvest's Hand is an exciting new choice for Enchantress decks out there. Her kit is pretty basic, mostly being a cheap Enchantress effect in the command zone, but the added lifegain effect makes it an interesting point for building around. Sythis guarantees that the deck runs smoothly, providing a great early game play that can bail us from awkward hands. However, this also means that we still need to figure out a gameplan, and this is where Sythis's lifegain becomes relevant. There are plenty of powerful lifegain payoffs, and many of them are enchantments.

Card draw is Enchantress's bread and butter, and it allow us to dominate on longer games. We should note that all of these are "draw when X", which means that if we're in top-deck mode, they can be a bit lackluster.

These are our way to grind out wins. We won't be as explosive as your average tokens list, but we get a lot of staying power because we draw as much as any blue deck.

Many of our token-producers are tied to lifegain. Our commander can get the ball rolling, but having extra pieces can certainly help pick up the momentum.

Having synergistic removal is quite nice when we want to cycle through our deck as fast as possible. We still need a few non-enchantment-based removal spells, to either interact with our opponents at instant speed or to simply have access to board wipes.

Being enchantment-based means that we're actually pretty resilient against removal. That being said, it doesn't hurt to pack some extra protection.

A few recursion pieces is great for Enchantress because we tend to dig through our deck very fast and having access to them allow us to replay some of the more important cards in the match up.

Having plenty of options to tribal specific ramp is always useful. Each of these pieces are efficient on their own, but when we add card draw on top of them, it's easy to see how they can push us over the top.

Enchantress decks are extremely susceptible to enchantment-specific board wipes such as Austere Command, Merciless Eviction, or Bane of Progress, which can set their entire strategy back to square one.

If an Enchantress player isn't able to find an Enchantress effect or keep them in play, they may not be able to get their card advantage engine started, and will struggle to gain momentum or keep pace with their opponents.

One of the advantages of being an enchantment-based archetype is its ability to dodge plenty of removal. However, this comes at the cost of being vulnerable to mass enchantment removal. We have a few ways to deal with those:. The first are protection spells, like Teferi's Protection and Heroic Intervention. The second are our recursion spells, which are less obvious, but the fact that some of our Enchantresses aren't enchantments means that we get to rebuild fast even after getting wiped.

Synergy-based strategies have a lot of trouble when they can't find their pieces. In this area Sythis helps a lot because she's a cheap Enchantress that's always available to us. Drawing the wrong spells, too many reactive enchantments on an empty board, or drawing too many Overgrowth effects can quickly stall us out. Our deck is slow and takes its time to provide a solid clock, so not being online sooner might mean that we can lose to some random haymaker from our opponents.

That’s it for this article. Now I want to hear from you! Share your thoughts on this list or on Enchantress decks in general. What archetype do you want to see covered next?