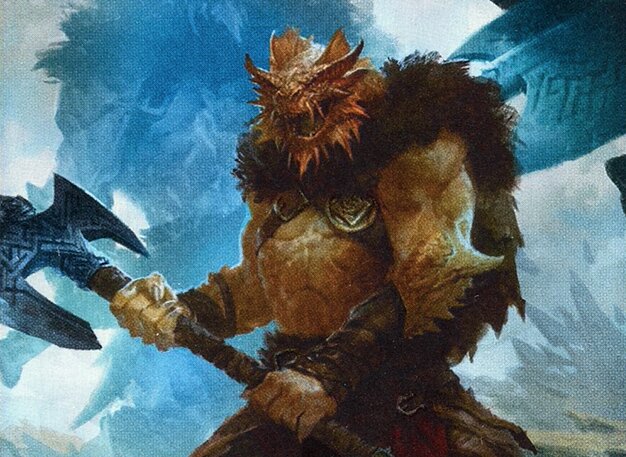 Welcome to the Nitpicking Nerds Precon Upgrade Guide for the Draconic Rage deck, where we showcase the full list of cuts and adds required to transform this underpowered precon into a well-oiled Dragon-making machine!

When upgrading a preconstructed deck, it’s important to lean into the commander’s strengths and stick to a main game plan so the deck doesn’t become diluted. Cutting cards of wildly differing strategies will help keep the deck focused and increase its synergy. It’s also useful to examine the deck’s win conditions, and when possible, to include win conditions that don’t just rely on combat damage.

The main strategy this deck will employ is to assemble an unstoppable army of Dragons, enrage Vrondiss, and then utilize all of his Dragon Spirits to either attack for the win or to deal an infinite amount of noncombat damage to our opponents.

With that strategy in mind, we can start cutting cards from this precon.

The easiest cards to cut are ones that don’t align with the deck’s game plan.

This deck does not need to lean into the die-rolling subtheme that Vrondiss offers, so let’s cut down on most of it.

This is a green deck, so we don’t need that silly artifact ramp! We have access to dozens of more effective cards, so Gruul Signet, Arcane Signet, Commander’s Sphere, and Explore are all getting cut.

We’re all for playing Dragons in our Dragon tribal decks, but they have to be high-impact. Shivan Hellkite, Demanding Dragon, Skyship Stalker, and Chameleon Colossus have little to no power in Commander and need to go. Heirloom Blade is awesome in the right tribe, but Dragons are a little too pricey for this equipment to do good work.

Lastly, the lands need to be addressed. There were far too many basic lands, so we cut a whopping 7 Forests and 5 Mountains.

Now that all the stinkers are out of this deck, it’s time to embrace our Dragon tribal theme and power things up a bit. After all, we’re looking to trigger a lot of Enrage.

Now for the fun part: winning the game. If you aren’t closing things out with a lethal Overwhelming Stampede to buff all our Dragon Spirit tokens, then you’re going to be making Vrondiss indestructible with Anara, Wolvid Familiar or Heroic Intervention. Once that happens, you can use any two effects like Dragon Tempest or Terror of the Peaks (The deck also contains Warstorm Surge, Scourge of Valkas, and Outpost Siege for similar effects) to create a loop. A creature enters and damages your indestructible Vrondiss, who makes a 5/4. The 5/4 enters and deals damage to Vrondiss and an opponent, since you have two payoffs, and the cycle continues until you win! In some cases, the second damage dealer can be swapped for a haste enabler, depending on if the damage dealer has the tokens dishing out damage or not.

Time to replace all those basic lands we cut.

That’s all of the adds and cuts for the Draconic Rage precon. Use these new cards to assemble a Dragon army and deal millions of damage to your opponents!