Dual Shot - There Can Only Be One 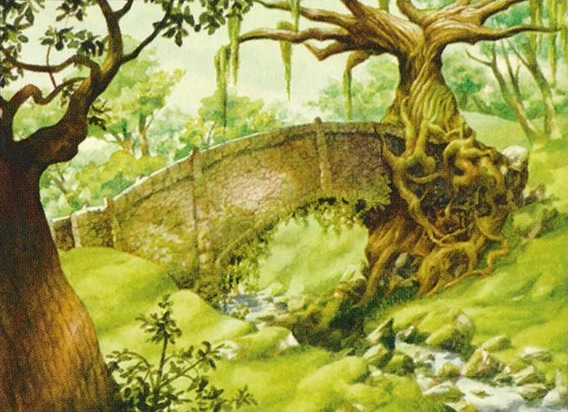 We find ourselves in a lonely place – a place we know, but now raised to heights of responsibility, solitude, and leadership. Because now we are among the clouds of the latest episode of Dual Shot, where we brew two decks at the same time… in one deck.

This time, we’re hiding a Wrath deck inside of a Voltron deck, led by Grismold, the Dreadsower. A Troll, and a Shaman, but perhaps a gardener first and foremost. As a Voltron commander, Grismold will grow to isolating heights, and as Wrath effects repeatedly prune the board, achieve an almost meditative communion with the silent sounds of nature, reflecting on the past.

Our dark gardener is not entirely alone. In addition to the few entities supporting Grismold’s rise to the top, there is something rather like a story that can be gleaned. Rumination and conjecture are not the greatest friends, but they follow Grismold to his towering perch above a desolate battlefield.

Grismold is a Troll, a creature most often associated with Scandinavian folklore, the fairy tales of northern Europe, and the mytho-historical lore of Middle-earth. We all have some idea of trolls, and fantasy and mythology continues to inform that. But any mythos is messy, particularly one that has shaped real-world cultures.

Enter the Scottish Highlanders, and the cold mythology of Northern Europe.

At least for Icelanders, the most geographically distant of the Scandinavians, we know that bloodlines of Gaelic origin - including Highlanders - coalesced with Nordic heritages to create a new history and new peoples. Given the diffusion between the Northern Isles of Scotland and the Scandinavian Peninsula, the origin of the trow of Orkney and Shetland seems clear.

Malevolent, monstrous humanoids, coated in seaweed and fungal blooms, reclusive save for their predation. As the Northern Isles faced thralldom, so too did they encounter the storytelling from beyond the North Sea. As with all history, it’s a lot more complicated than that, but there does indeed seem to be a folk etymology connecting the Trolls of the North to the strange, troll-like monsters of the Highlands. As an interesting aside, these trow (also spelled drow) served as inspiration for the drow of Dungeons & Dragons, though those creatures have much more in common with various elves of the Eddas.

All this to circuitously say that there is a case for Grismold to be, in some sense, a Highlander.

What do we know about Highlanders?

Singleton, Taken to its Logical Conclusion

For a better lens on history and mythology in this game, refer to Charles Allison’s fine series, Historically Speaking. I can’t provide much more insight or nuance in that realm, but he certainly can.

As for this Dual Shot brew, what exactly is going on? Of course we know that Grismold can make a fine general. Looking to his commander page, we see that he’s most often run as what might be called an “anti-anthem” commander, where cards like Illness in the Ranks, Virulent Plague, and Night of Souls’ Betrayal make it so whenever a token creature is made, it instantly dies, fueling Grismold.

DM Cross, in his Replacement Commander series, takes a few different approaches to the Grismold build, proving its flexibility. Borrowing that proof, we’ll attempt the same.

The idea is pretty simple: turn Grismold into an overwhelming threat while keeping the rest of the board clear. Once our trow is indestructible, Damnation in all its forms will leave him unscathed, except for Languish, or any other -X/-X effects, so be mindful of that.

There are more protective combat tricks for us to choose from, e.g. Hapatra’s Mark, Withstand Death, Mortal’s Resolve, Ranger’s Guile, but you’ll be safe enough with just a few; more permanent sources of protection abound in the rest of the decklist. Too many instant-speed protection spells and your hand will be more cluttered with resources for emergency situations that never happen.

Trailblazer’s Boots and Argentum Armor are good replacement Equipment if you need to be more aggressive, and Deadly Wanderings is absolutely on flavor for this deck, but it’s a difficult inclusion. On the more defensive end of things, Eternal Thirst, Rush of Vitality, and Sheltering Word can all gain you big chunks of life, potentially allowing you to survive and extend the game long enough to finish. Of course, these are multitools: Eternal Thirst provides another way for Wrath effects to pump Grismold, and Rush of Vitality and Sheltering Word can save your Troll Shaman.

There isn’t too much worship directed at Pharika, God of Affliction, but here she can provide somewhat reliable graveyard hate, and the tokens she gives to our opponents provide fertilizer for Grismold. Thrilling Encore is tempting, but it’s unlikely you’ll have enough mana to make it work. If you’re feeling lucky, run it, but don’t cut any ramp (or any wraths, really) to make room. Dowsing Dagger is one of the inclusions you’ll find here from a more typical Grismold list, along with a few others that are just too synergistic to ignore. Winding Constrictor, Corpsejack Menace, and particularly Skullclamp each provide a lot of value without being too obstructive to your plans.

Hunter’s Prowess is another good inclusion, but five mana at sorcery speed makes it risky – you don’t want to cast this without some mana reserved to help your attacker survive combat. Rishkar’s Expertise provides much more reliable card draw; if you decide to run both of these in addition to Return of the Wildspeaker and Soul’s Majesty, swapping out a land for Reliquary Tower might be a good idea.

Gift of the Deity and Alpha Authority have an unusual interaction that’s worth mentioning. Basically, if both are enchanting Grismold, the Dreadsower, then one and only one creature must block him. More worrying than some opaque rules interactions are the sweepers that you can't survive. Merciless Eviction, Perilous Vault, Bane of Progress, and Nevinyrral’s Disk are your worst enemies. On the bright side, the Dreadsower only costs 1BG, so if he is swept away, get him back out and hope that your handful of indestructible artifacts remained intact.

The best wrath effect not in this list is probably Spreading Plague, which could easily replace one of the higher-CMC board wipes that we’re currently running. However, there is another kind of wrath available to us: Kamahl and Jolrael can provide come mass land destruction (Living Plane would be a fun inclusion, but it costs as much as a 250GB PlayStation 3). This lane is definitely worth taking, however, as a geared-up Grismold and a landless board makes for a short road to victory.

Spells like Avoid Fate and Veil of Summer can help make sure your commander sticks the landing, but so can playing carefully around untapped lands on your opponents' boards. With this list, it’s easier to keep the Troll around than it is to get him on the ground in the first place.

A strong alternate win condition would be Skithiryx, the Blight Dragon, who in many cases will be a more reliable Voltron target than Grismold. The innate evasiveness means that Infect damage is likely to outpace Grismold’s commander damage. Skithiryix is a surprise threat, owing to its haste, and a resilient one, thanks to Regenerate. And plus, given that the Dragon would behave as sort of a backup general, any duplicate instances of indestructible or hexproof in your hand will have another target. If you choose to add the Blight Dragon to your deck, I guess that means There Can Be Only Two.

As a tertiary theme, or subsubtheme (proper verbiage), deathtouch and its keyword interplay are present in the brew. Since Grismold has trample innately, things like Gift of the Deity mean that one point of trample damage is enough to kill any blocking creatures, allowing the rest to spill over to your opponent.

This was the first brew for this series largely built from the top down, in that I selected the commander very early, as it seemed conducive to the overlap that I observed. EDHREC data for the themes shows an overlap in mana accelerants (i.e., downplaying dorks), and a subtle lean towards Wrath effects in a Voltron theme, likely because “destroy all” plays well if your towering threat can't be destroyed.

Truthfully, this is a much slower way to pilot the trow than his usual anti-anthem approach. But taking this Wrath subtheme approach, though it grows Grismold more leisurely, keeps the board clean while working towards maintaining the goal for the Troll... the, uh, Troll-Goal.

The amusing thing is “There Can Only Be One” scarcely applies to this commander, insofar as he really is capable of piloting a wider variety of decks than is immediately apparent. As it happens, there are a number of fun and flexible builds for this culturally diffused abomination, and some insight as to the nature of certain themes leaning on others. There is a good degree of overlap between the Voltron and Wrath themes, and experiments like this can shine some light on a lonely mountain.

What are some examples of deck archetypes you’ve built that felt eerily similar to others? As far as cards, strategies, and synergies, what were the common threads? Let us know below.

Perhaps our paths will cross as we ramble in the uncanny valley, or sail across cold seas. Until next we meet.