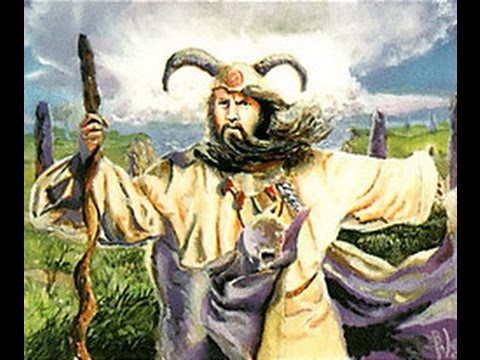 Welcome back to another edition of EDH Player Psychographics! Today, let's talk about Mackenzies.

To be a Mackenzie, one need not wear a bone helmet, grow a beard, or hang out near Stonehenge (though I suppose you can if you'd like). In terms of EDH Player Psychographics, Mackenzies are those who enjoy playing expensive cards.

Take, for example, the namesake of the psychographic itself, Angus Mackenzie. It's a fine commander on its face, but you might be surprised by its price. Take a look: Let me zoom in there for a second...

That hefty price tag makes Angus the most expensive commander one can play—hence the name of the psychographic. Mackenzies tend to foil out their decks, play Masterpieces and judge foils, and invest the big bucks in their collections.

What Makes a Mackenzie?

Before we get into the numbers, I'd like to take a moment to flesh out this psychographic a bit more. Mackenzies need not play cards simply because they're expensive (though sometimes they do). Judging from those I've met and played with, many Mackenzies play expensive cards for aesthetic purposes. It's the same reason some people drive regular Sedans while others drive luxury sports cars. If you want the better looks, you'll likely have to pay more.

Then again, there are some Mackenzies who don't even know they're Mackenzies. For example, I have a friend who played EDH in our playgroup after a long break from the game. On his first turn, he threw down an Unlimited Savannah. Of note: he was not playing with sleeves. You probably know someone like this. Often they're players who collected cards when the game was young and then stopped playing. When they return, their collection is far more valuable than they realize. Just remind them to use sleeves!

There are still other subtypes of Mackenzies who play expensive cards for yet other reasons. Which leads me to my next point...

A Note on Psychographic Crossovers

In my previous articles, some readers noted that they often fall into more than one psychographic. Totally makes sense. I consider myself a Herm with a little Barktooth mixed in. When it comes to Mackenzies, one will often see even more crossovers between psychographics.

For example, you'll recall that Herms are those who play to win the game. Their decks are often fully optimized and highly tuned. They elect to play the best of the best cards. And of course, as we know, the better a card is, the more expensive it tends to be.

See where I'm going with this? Many Herms happen to be Mackenzies, just like many Mackenzies overlap with other psychographics. We EDH players are complex like that.

Now onward, to the data.

Where are the Mackenzies?

Thanks to the power of EDHREC, I've gathered rough estimates of how many players fall into each EDH psychographic. I've already done so previously for Herms, but the same is a bit more difficult with Mackenzies. Why? Because it's harder to track decks containing those Masterpieces and judge foils I mentioned earlier. So let's try another method.

For starters, let's take a look at those pricey commanders. As mentioned, Angus is the most expensive commander one can field. But he's got some friends from Legends who carry hefty price tags of their own. Check them all out:

If you're one of the 700 or so players who play these cards as your commander, you're likely a Mackenzie.

But are there any other ways to find Mackenzies on EDHREC? Oh yeah.

When browsing through pages, you'll notice that little box hovering somewhere near the top labeled "Tribes/Themes." Within that box, click the link labeled "Budget: Expensive." Just like it sounds, this view displays some of the more expensive cards commonly paired with your selected commander. Now this is where the Mackenzies gather.

For the sake of comparison, let's look at a popular new commander, Najeela, the Blade-Blossom. When we check out the regular Najeela listing, we get the following list of solid (and affordable) cards: Nice stuff. Cryptolith Rite is the most expensive one here, and even it is certainly affordable. Now let's click that Expensive filter and see what we get. Oh yeah. Right away we see a hefty price tag in the form of Noble Hierarch. And let's not forget Flusterstorm, Mox Diamond, and Cyclonic Rift. This is a great way to find those elusive Mackenzies.

Are You a Mackenzie?