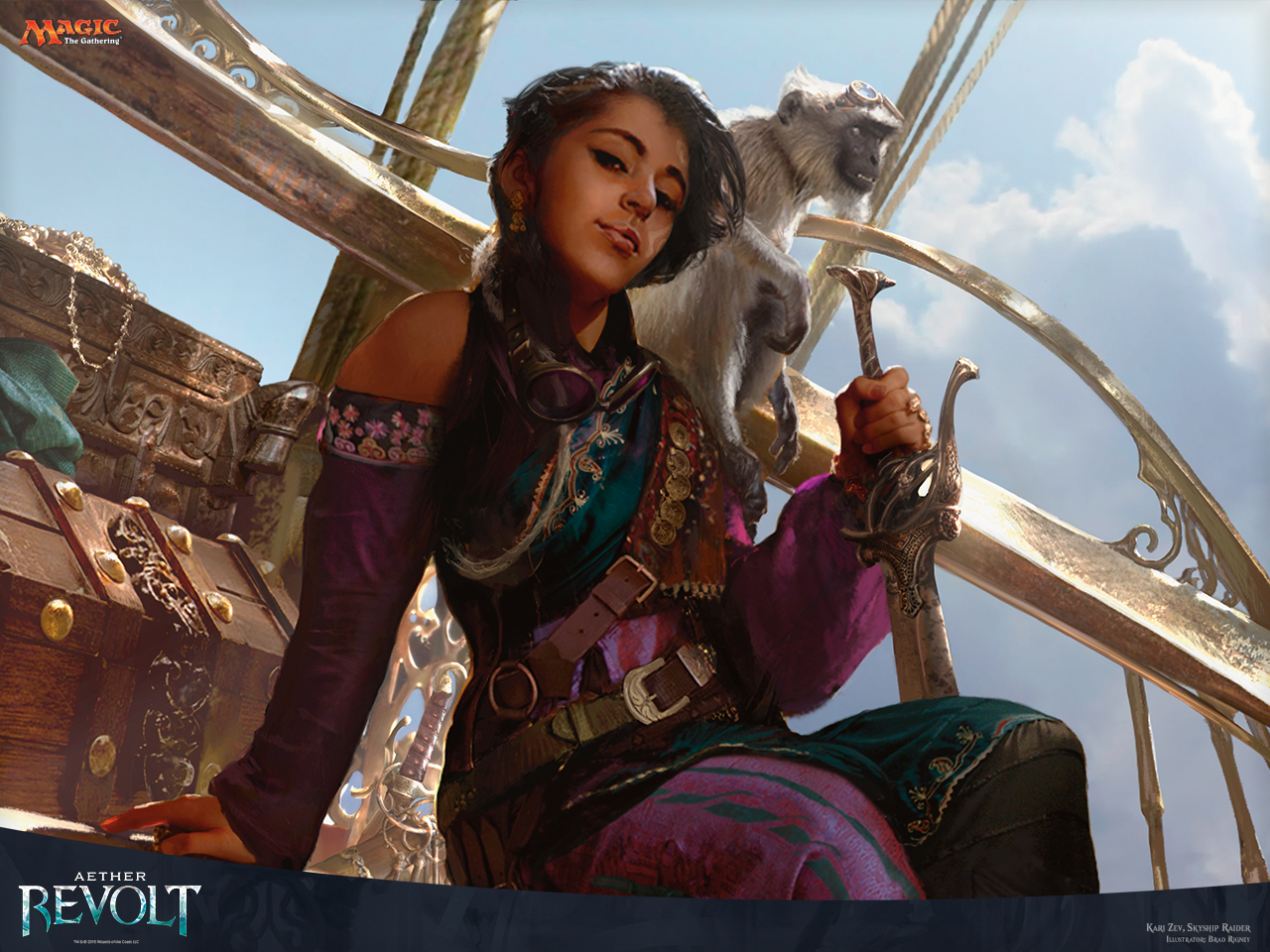 Anarchy isn’t just for the punks doing blow in the stalls at concerts. Every Johnny, Timmy, and Sue must know the powder keg of societal non-conformity. Your friends at the game table should feel the anarchy seep into their minds. Break the system. Destroy order by any means necessary.

Previously I discussed how to overcome your opponents with sheer political manipulation and domination. This time you will do neither. Anarchy is the epitome of non-political. However, like philosophical anarchy, our deck must live in the political system it fights. You must break your friends and enemies like Ivan Drago. Break Rocky. Break with callous disregard for the social norms of the game you play. First we discuss what we are doing here and what anarchy is, but afterwards I will explain how to live by the fire of political destruction. The keys for success are; anarchy knows no bounds, “co-operation is evil,” and property must be abolished. These are the bedrock of our anarchistic deck.

This is the first in a series of articles on the political ideologies of each color in Magic: the Gathering&trade. Future articles of EDH Political Science will select an ideology and which color best represents its tenets. There are no singular right answers for each ideology, but I hope to come as close as possible.

Anarchy is red. The color of destruction, mayhem, and chaos. This is not to say that is all red means. Red is anarchy because you are breaking down the systems of order. Individualism and eccentricity can mean a lot in red. When you choose red you do as one of the original anarchist philosophers, Pierre-Joseph Proudhon, advised and create “society without order.” As a red mage, you must go all Patrick Sullivan and Fireblast the system to ashes.

Anarchy has a history of philosophical extreme individualism and anti-establishment. Basically, if you were an anarchist philosopher you probably gave Napoleon the finger, like Proudhon, and told him he wasn’t the dictator of your emotions! Today, anarchism has molded into physical violence from popular culture artifacts like “The Anarchist Cookbook” and from the punk rock movement that regularly used the anarchist “A” symbol to tell their parents to “bugger off” about asking them about homework. So, seemingly a similar amount of angst as the popular anarchist philosophers, Proudhon and William Godwin.

To symbolize this sort of teenage angst and philosophical ranting we need someone who is dignified yet with room to grow. Kari Zev, Skyship Raider fits the role well. Who is a better symbol for anti-establishment than a pirate? Kari is our red hero who can get the party started early. She also has a badass monkey! A monkey as cool as Ragavan, who knows how cool she must be to have him around? Kari is truly an unpredictable commander. She could go Voltron and break the back of any game table dictator, or she could be a piece in a chaos deck that knows no limits. She can overthrow a dictator planeswalker, yet still look like she’s selling hemp bags at the mall kiosk. What a lady.

The deck is going to start with the pre-generated deck you can pull up on EDHREC under the “View Average Deck” option for Kari Zev, Skyship Raider. This gives us a good starting base, but we will, of course, change much about it. The deck we will build, however, I must warn you, is intended to irritate, unfairly target, and frustrate all other players. This is not going to make you friends.

We need to have limitless potential in a deck that tries to break all the social norms. A powerful part of being in a non-governmental party is that there is no leader to kill. Sure you have Kari Zev, Skyship Raider, but this won’t last long. She is just a distraction for any number of things you could be doing. Playing chaos cards like Scrambleverse or Wheel of Fortune creates an atmosphere of unknowable politics. At any time someone else could hold the power, and politics is all power. Retain the power to defuse tense situations and get yourself out of binds.

Creating a play style for this deck that truly knows no bounds must play cards that are never used. Such as Steamflogger Boss. Of course you can play a few changeling cards with it like Taurean Mauler. The only reason for playing your rigger is the wild card factor. Throw in those junk rares and uncommons that you have been scared to ever think of using. You want your opponent to know that you have no rules, and you cannot be understood. You are an enigma.

You make enemies out of everyone as soon as you play this deck. Therefore, you must be able to take them out one at a time with your might or take them all out simultaneously. There is no cooperation in this fight. Stated by one of the original anarchist philosophers, Godwin, “everything understood by the term co-operation is in some sense an evil.” This is key to being anarchist. Cooperation with any part of a political system is becoming the enemy. You are taking them down with the moral high ground, being who you were meant to be and not a part of the system. To do this you must have access to weapons. We are pirates after all. Taking down “The Man” with weapons is what we do (and pillage coins). Being equipped with Hero's Blade is a must. Fortunately it was already included, along with other equipment, in the pre-constructed deck.

If everyone is your enemy, then at times you will need to fend off more than one person. You need to fend off an army. Some sort of nuke in our back pocket is important. We may not have the organization to find it in a timely manner, but it is waiting to be used. You can feel free to use all the infinite combos you want in this deck, but I have more fun with combos like Stuffy Doll and Blasphemous Act or Earthquake.

The last tenant of anarchy that helps our EDH cause is to break down the rules of ownership. Give away your notions of land and Boil your opponent’s resources away. We could just make it Stone Rain on their parade, but I would rather be casting Ruination. The sense of property is a crutial part of controlling the sense of chaos. Who knows when they will be able to cast your spells. Like I have mentioned before, this will make you no friends. This will only give you enemies.

This deck list has quite a few similarities to the base list. I wanted to keep a basic idea of a deck intact so you could win a game or two without having something obscure happen to work in your favor. Also, this is meant to be played as a horrible deck to play against, use it wisely.