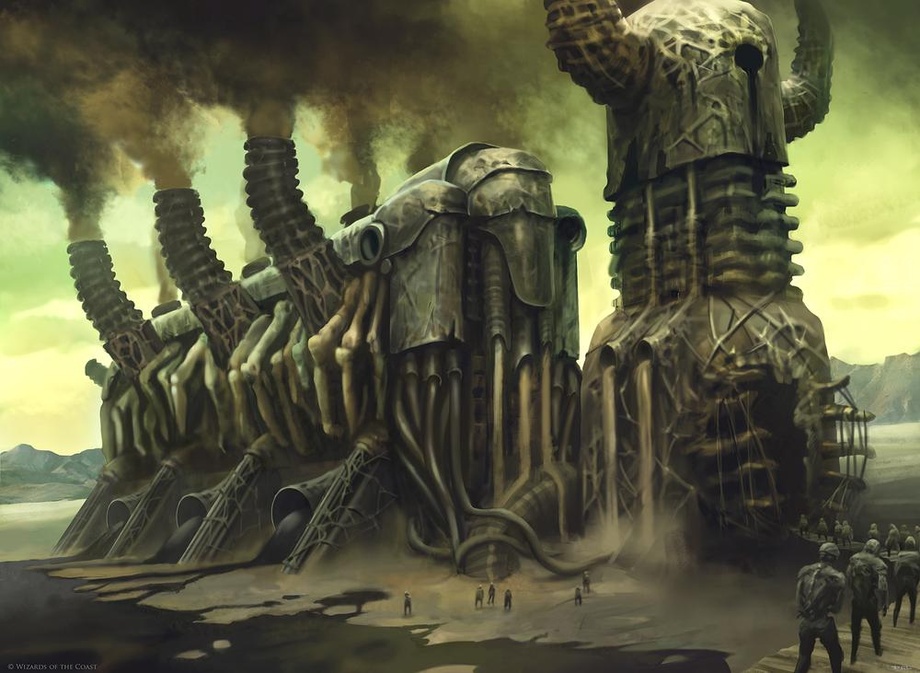 Censorship has a few central goals that don’t involve generally controlling a population; control violence or dissention, prevent counter-productive messages from within, and stop degenerate or harmful social practices. This isn’t all censorship does, but it boils down its main segments that are worth discussing. Working each of these in one Commander deck can be counter-productive or awkward, so I think it’s best to discuss these broadly and how they can help any deck, and how they can shape a local meta. If you want specific deck lists that are built around hate cards EDHREC has some great stax decks in the archive like Andy Hull’s “I am the Worst” with Grand Arbiter Augustin IV or beyonddevnul’s competitive Kambal, Consul of Allocation stax list.

Censorship, as it pertains to Magic: the Gathering, is designed as hate card effects or counterspells. This is blatantly obvious if you look at the Amonkhet set spoilers and see cards like Aven Mindcensor or the new simply stated Censor. Censorship is a major theme of the new set as Nicol Boals likes to mess around with minds. His dictatorial reign over this plane embodies controlling dissention as one of the topic points. However, the best place to start is the lighter side of censorship, the “don’t yell ‘fire’ in a crowded theater” type of censorship. We want to look at what “stops degenerate practices.” Leading to one of the biggest reasons I wanted to write this article, a real deal hate bear, O.G., “jiggy with it,” fresh prince look alike Harsh Mentor. Stopping degenerate practices in EDH is my favorite reason to play hate cards without having to go all-in on a stax build. I generally don’t play stax, even though I do like playing cards like Aven Mindcensor. Harsh Mentor is a similar card in many ways. Mincensor and Mentor hose those who take advantage of the things that take so much precious time in Commander matches. You see someone always playing every fetch they can, all the tutors, and on top of that, they like to do it at the last moment or take their precious time with them. Aven Mindcensor can be a meta call for those people who you just want to shove their always slow Vampiric Tutor where the sun don’t shine. In that same way, Harsh Mentor busts their heads in for using Sensei’s Divining Top every five seconds. Targeted hate is also a great thing to play against degenerate combos, or stopping cards that ruin fun. Cards like Nevermore or the new card Gideon’s Intervention are easy ways to force degenerate combos out. However, this card and others like it are incredibly meta specific and can be hard to play with good effect. As will become more relevant an important piece of using censorship as a theme is that censorship can be counter-productive. Wouldn’t it just be better to play something more powerful and versatile. When choosing your targeted hate ensure it applies to enough situations and works well in your deck.

[Redacted] for your Enjoyment

A company wouldn’t want Joe customer service representative telling people they can get stuff cheaper on Amazon. In Magic you don’t want your own cards to break your back, either. Sometimes those wildcards are worth the risk. They whisk you away on their super sweet motorcycle with flames. Torpor Orb is an old trick to play with risky cards like Phyrexian Dreadnought, or Phage the Untouchable. Phage is is the rare case where a card makes you want to counteract part of its ability, but it happens. There are rare cases where you want to use another type of censorship, counterspells, to help yourself out. Using a Disallow to counter your Pact of Negation trigger seems silly, but whacky things happen in Commander. Sometimes having some hate for your own stuff, just in case, can be a life saver.

To Stax or Not to Stax

Controlling the board with your stax effects can be effective. For instance, you can tell your friends to suck on a Smokestack since it hoses most unsuspecting players. Thalia, Guardian of Thraben is my favorite card of all time. Not because I love getting punched in the face, but because it can single-handedly bring an opponent’s strategy to a halt. If it doesn’t kill a player’s turn then it brings most everyone else down a peg. The controlling pieces played in stax can be vital to bring the others at the table down to a less chaotic level. When you build your deck right, having a Winter Orb in play can be just the play you need to catch up. Be that because you have Aether Vial or smaller incremental advantage like Bitterblossom.

Counterspells being the other form of censorship is a tricky balance to play with in commander. They divide the EDH population on their use. I’ve heard plenty of people use as many four-letter words as they could think of when I pull out Mana Leak after a Rewind. I get that. In a “fun” format you don’t want to worry about never playing your one in a hundred card you rarely draw. However, they can keep a game at balance. The same person using all those four-letter words could be your best friend if you stop a well-timed Cyclonic Rift with a Dispel. If they can return everything I own to my hand, or take me out with some infinite combo, I feel fine playing counter magic in a “fun” format.

It’s very reasonable to be the stax or the counter magic player. You can take away every sense of power the others have in a game, but it’s worth considering another view. When you use those hate cards and censor your opponents’ turns with just a few counters, it can be all you need to win. There is a significant drawback to using underpowered cards that hate on what everyone else is doing. Shaping your deck around these cards can limit your options too heavily. Use censorship wisely and please, hate responsibly.