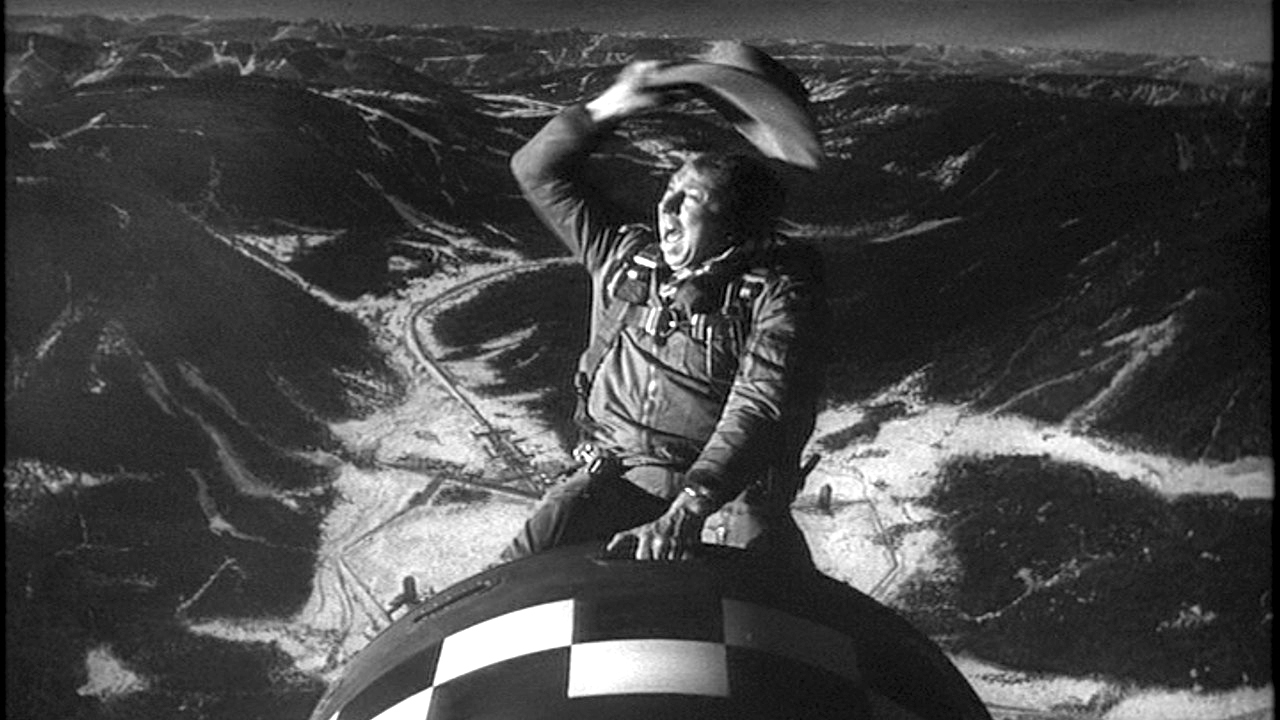 Commander is magic’s dark alleyway. It can be filled with the dangerous and unexpected or it is the long boring way to get to the same place. There is no reason to let your games become boring. You can always be unexpected and dangerous. In a game of no-holds-barred, multifaceted politics, be the maniacal dictator. Bring your nukes out to play.

My name is Rick Amundson and I went to college for International Studies. I got into gaming for reasons similar to why I like my field of study; unfiltered tension. International Studies wants to understand and solve this tension, but games love to feed it. Starting in this article I want to discuss how the politics and drama of EDH games create a similar environment to real world politics. There are key factions or actors and ways to handle interactions between them. Managing perceptions is all politics really is, and perception is important no matter how much of a “Spike” you are. Your game plan doesn’t have to include deception or manipulation to be political. It’s about using perception to further your goals. They may be falsifications you crafted, or the simple truth. That’s how it is on an international stage, too. Magic, unlike much of life, is a zero-sum game; a glorious zero-sum game that gives you the power to wreck your friends’ nights in ways that would make those Machiavellian dictators proud.

Specifically, in this article I want to take those Dr. Strangelove tendencies and become a cold war dictator. Deterrence is how we do it. The world was left at a standstill while the USSR and the US waived their apocalyptic missiles in one another’s face. Other factions duked it out across the globe on the behalf of the superpowers. Being nuked till you’re The Toxic Avenger isn’t a win, so rationally everyone avoided that. Where we get comparisons to Magic is the first side to make a move is swiftly brought to their knees on the crack back. Let’s see what deterrence means for your commander games and how real world examples can help you understand this better. Let us build a deck to better understand. Who is deterrence good for? Deterrence traditionally works based on fear of retaliation for your actions. Game stalls for magic favor those looking for the long game. When a stall happens, think of who benefits the most and how you can take advantage. It may be you’re the best off. This leads you to just wait it out until you can win. Always be looking for who gains the most in stand still moments of deterrence. Best case scenario is to make sure it’s you.

Standstills are not the only way deterrence plays out, however. Early in games, players deter others by simply having a defender. The work for this is we want to have early threats or cards that gain you some profit before they die. A few in these examples will be Wall of Omens, Primal Druid, or Palace Familiar. These all do a very similar thing, but the key to learn here is that we may have a color wedge that will fit our idea; Bant.

Bant is good a flickering, and these may be fine to flicker, but I think we are doing something more important here. Our board presence is filled with value creatures that don’t really do much but die. These creatures get punished against aggressive decks. Don’t let them get you whipped like the Capitalist pig you are, show them your true colors. Always have an out, and that means your colors probably involve white.

“How I Learned to Stop Worrying and Love the Bomb”

Always have your out. If the board is clogged with fatties, know you could sweep them away with a Wrath of God. Can’t attack? Bring in the broom and sweep ‘em up. Magic is about winning at all costs. Always have a way to win or you die trying. Being timid here is how you lose, fear of everything gives you no outs. Be aggressive with these sweepers, you got your value out of your creatures. Let’s throw in a Wrath of God, Cyclonic Rift, and I think an Ezuri’s Predation sounds like fun! I don’t think we want too many unconditional ones, so a couple modal or circumstantial ones like Austere Command will work.

Having an out doesn’t always mean sweeping everything away. It sometimes means having the right card at the right time. Mixing this up with some flash creatures helps in many situations. Cards like Restoration Angel work wonders in most spots. Elder-Deep Fiend is a new way to make sure you have what you need and it works wonders with our weenies that set up the game. Playing flash means Derevi is the perfect Commander. Flash rounds out a few of the edges that we have so far and conveniently works into our next topic.

“Have you ever seen a Commie drink a glass of water?” Assumptions ran rampant in the Cold War era. Don’t assume others think like you. We can’t assume everyone will be
deterred by our methods. Get as much intel as you can before launching a strike. Attacking 2/2s into 2/3s makes no sense and it may seem obvious that it could be a trap but it may help to consider the other side. What can your flash creatures do to prevent this combat? What can a timely sweeper do after this combat? Commands and charms can get you out of most situations. Ojutai’s Command or a good Cryptic Command can be the well-timed middle finger your opponent needed.

The other assumption is to assume your opponent’s limits. They may have options open that give them resiliency or power after big attacks. Any opponent could play a backup threat. Never underestimate a player’s ability to hold a grudge. Expecting the unexpected can actually win games. Show them cards that can’t be beat, and beat their cards that you couldn’t have known. Playing cards like Craterhoof Behemoth shores up plenty of games.

“Well, shoot! We ain’t come this far just to dump this thing in the drink. What’s the nearest target opportunity?” In the Cold War, the United States created systems that weren’t exactly reliable in order to create balance in the war. This is referred to as nuclear stability. Ironically, this created instability from stability. The point is, the most powerful or consistent plays are not always the best.

You don’t want to set up a bomb card just to paint a target on yourself. You want consistency in your speed. This counts before the end of the first turn. Cracking foil Misty Rainforest into Tundra, Sol Ring, Lotus Petal, Show and Tell, and finally a turn one Emrakul is a game you’re probably going to win. However, are you going to win any games without that nut draw now that your friends see this? Hell no. Will they even pick up cards against you? Probably not. Just play some value creatures and win with some straight up good stuff. Don’t be the Combo guy unless you want to earn your friends’ ire for life.

Many of these lessons are techniques I have taken to heart for years playing EDH. This Derevi deck here should bring a good amount of consistency to your play. Deterrence is all about consistency. You especially don’t want to be so consistent as to be predictable.

This decklist isn’t supposed to be a tuned powerhouse, but something more base 75% or so that leads you to what you’re looking. Building a deck from a new angle like this is supposed to jog the creative side and make you think of Commander in a new light. I know much of what is discussed in this article will seem basic to many, but I hope to help newer players and veterans think outside the box like our good old friend Dr. Strangelove. The main take-aways of this for me are; understand who benefits from board stalls, understand your assumptions and others, always have an out, don’t paint yourself a target, and trust the bomb.