EDH Political Science — Edric, the Spy Who Loved Me 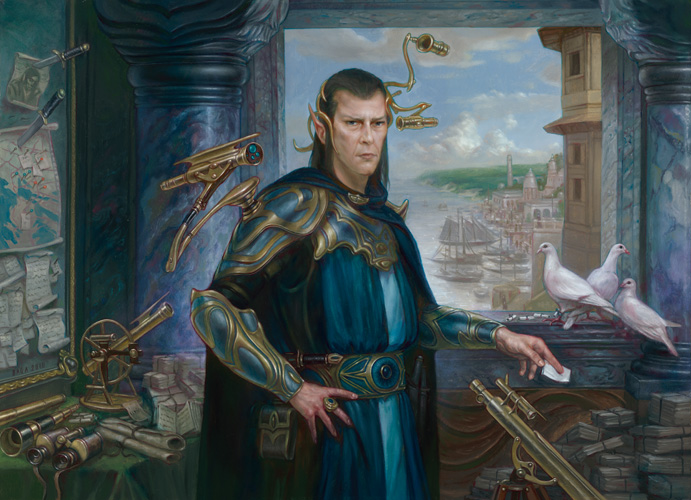 Government agencies are still not beyond the use of covert espionage. There was a recent New York Times report that uncovered details of more than a dozen United States spies working in China who died or were captured between 2010 and 2012. It wasn't that long ago when the US was in trouble with a few countries over spying issues after the Edward Snowden leaked details of the NSA's goings on. Even Snowden himself stated he was "trained as a spy." And we really don’t know that the late Roger Moore wasn’t actually James Bond, right? Spying is a fact of life in the modern day even if it takes place more in cyber space than it used to. Why not dissect this? We can turn the international political arena of spy networks into information for us. What makes them work, and why has there been more than one failing in the last decade for US spy agencies?

The Spy Who Loved Me How can you not love this alter?

Edric, Spymaster of Trest is really the most logical starting position. The flavor that Wizards of the Coast was going for on the card is a good baseline for how to interpret spying into our decklist. When an agent infiltrates the enemy by attacking them it turns it into tangible information for us to use, ie. card draw. If you look through the signature cards on Edric's EDHREC page here you can see there are a plethora of one-drop creatures with evasion (Slither Blade is a great new card for this.) These correlate well to the United States intelligence gathering tactics. Generally, what they do is use as wide of a sweep as possible for information, as many sources gathering as much raw data as possible. This is useful for them and us by always ensuring we have as many sources (creatures) and targets as possible. Thus, having a critical mass of one-cost creatures is imperative. One opponent may have an early blocker, but the earlier you have it out the more likely that someone will be open and some information can be gathered. Information gathering is not just figurative in the card draw aspect, it can and should be literal for our purposes if we want to utilize real reasons why spies work so well in the real world. Vendilion Clique works perfectly for what we wish to accomplish here by being evasive, gathering us, and even extracting, information. There is a severe lack of effects like this in blue and green, however, so we must be a little creative. Thought-knot Seer is essentially the same effect we can use, although it isn’t evasive, and four CMC with a colorless requirement can make it unreliable at times. So, as well as having access to flicker effects (Nephalia Smuggler, Deadeye Navigator) for repeatable uses, we must also utilize tutors (Chord of Calling, Survival of the Fittest.)

For Your Scry Only

Utilizing the information you gather is more critical than gaining it. Having a toolbox of cards at your disposal is great, and having tutors to find them works well in specific instances, but a true master spy creates advantage for unknown situations. Augury Owl is an unsuspected powerhouse. It works well as a cheap evasive creature, a second turn cast that sets you up well to play your commander, and drawing it late ensures the cards you draw off Edric, Spymaster of Trest are the perfect ones. For similar reasons, fixing your draws with non-creature cards like Nissa, Steward of Elements, Lifecrafter's Bestiary, or Thassa, God of the Sea (usually not a creature) work wonders.

As previously mentioned, having ways to get your toolbox cards are important, but what are those cards? Reclamation Sage is simply great. An evasive threat that can manage the board. Glen Elendra Archmage works to manage board wipes, and other problematic spells. Eternal Witness makes your graveyard a toolbox. Even being able to find your Craterhoof Behemoth when you need it is imperative. And purposefully all these cards work well with the flicker mechanics previously mentioned.

The Man with the Golden Library

Forming the deck is the easy part here. Edric, Spymaster of Trest, like his real world counterparts, is very divisive. Many players will stab you in the back like the spy you are for even bringing him to the table. We can kill as early as turn four with a very lucky Triumph of the Hordes. This can be the case especially if you friends have faced this before. A “Kill it with fire!” mentality is not out of the question. 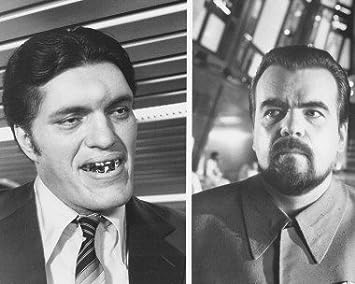 Knowing who is at your table is more important with Edric than normal. You want to know who you are playing against. As a 007-like agent, you want to know if you are facing a metal-toothed maniac who will stop at nothing, like Jaws, or the true plotting evil genius, like Drax. A spy never gets themself into a situation without knowing how to get out. If you pick your fight with one of these enemies without knowing who they are, then how could you have found your outs beforehand like was mentioned in the “For Your Eyes Only” section?

A View to a Kill The most important advice I can give here is not to set yourself up too early. Lying in wait is what a good spy does. If you need to not attack for a turn or two just to set up your board for a truly final blow that’s just fine. That likely means you won't draw cards, but if it means you kill someone or win on your next turn, then fine. Save your Craterhoof Behemoth or Triumph of the Hordes for when you have no choice or you can guarantee yourself a lethal blow.

Befriending key people at the table is an important skill we have discussed many times in this EDH political science series, but spies have to do it to a whole other level. Don’t just go spending the night with everything that moves like 007, but be open to all types of treaties and relationships. Having people you can rely on in tight situations is a key way spies work. They have to have a trail of people close to them that like them enough to give them information, and to give them access to feed that information back to home. The best spies will make such good friends as a double agent that they will help you as you stab them in the back (look up Kim Philby.)

This also means you need to worry about those around you. Everyone at the table is also trying to win. Vendilion Clique works in your favor against enemies, but it quickly changes who your friends are if you use it liberally. Don’t reveal too much too quickly, don’t draw too many cards, and don’t do too much damage too quickly. For you to go all Roger Moore on their back sides, then think like a spy.