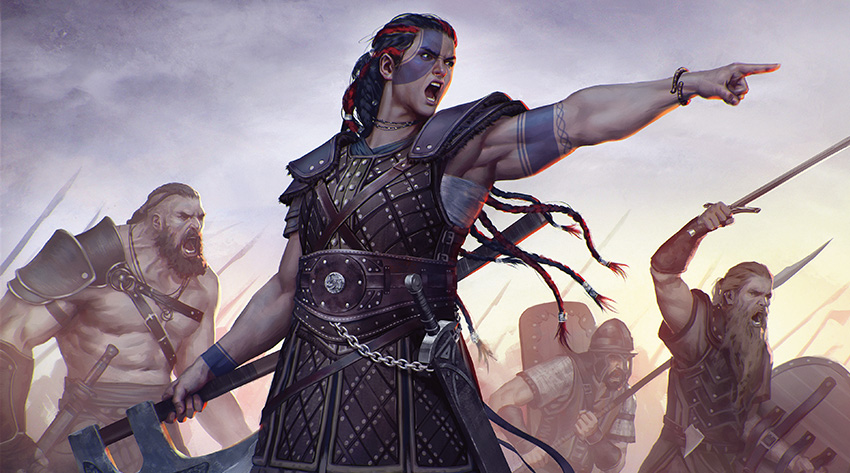 Have you ever been stabbed in the back? No, I haven’t had someone put a knife in my spine either, but having a friend betray you at the last moment is devastating. Nation-states try to prevent this sort of betrayal by creating treaties. They do act similarly to the ones you crafted when you realized how bad you are at the game Risk. You probably formed one or two in your own games of Commander. However, dissimilarly, international treaties can be hundreds of pages long and hold the future fate of continents in their texts. We don’t have the time to form such pledges in our ninety minute games we play, but there are plenty of simple things we can learn from the real deal. Let’s dissect how treaties can be formed in our games of Magic and how they need not be simply for the meek.

The first thing to settle is that treaties are not just for the meek. Plenty of real world examples show that superpowers like the United States or Russia need someone to count on from time to time, such as forming stronger bonds with a weaker nation so they don’t agree to join the other international superpower, but that shows a treaty’s versatile power. Often in games of Commander or Risk the weaker players team together to take down the stronger one because they have no chance to win otherwise. That is a valid reason, but there is not always one clear threat. This comes back to why you would even want one in the first place.

You probably do want to kill the player in Austrailia.

Treaties create a status quo, and should always be valuable for all parties. If it’s not a value to all parties then, like the bully stealing your lunch money, that is usually some form of extortion. Extortion is a valid tactic, but not our subject. What I mean by creating a status quo is establishing each player’s goal. This can manifest via a mutual hatred or fear of a third party, as we talked about earlier. This need not always be fear of their power, but this can be a fear of how their behavior could shape your meta. I have seen people hate treaty out combo players because that’s what they don’t want to play against. Mutually assured destruction can be another reason to craft a treaty in the early to mid stages of the game. Verbally acknowledging another players power at the table can save both of you from being wiped out in the aftermath of your battle. Lastly, some groups like crafting a set up time because they find it fun to durdle awhile. This type of treaty is not my favorite. It can be undone easily by a well-timed Cyclonic Rift. Facing down all the opposing players at once is deadly for even the most powerful of decks. Look for allies who share your interests.

A well-made treaty must also be simple. There are three parts to consider, but they all must be done so within more or less two sentences. You must establish the goal (as discussed earlier), the frame (length of time, what triggers its expiration), and the verification (how each member will be kept in check, and potential punishment.) An example of a simple treaty is, “Let me eighty-six this combo nerd! Betrayal means you have your name on this Saskia the Unyielding forever.” That shows that you want to kill the combo player, the treaty ends only when they are dead, and the verification is vengeance for every game after this.

This monitoring system in place need not be always what you will do in response, but could be simple parameters for staying in the ceasefire, or whatever set benefits there are. For example helping with another players Tempt with Vengeance card may mean they won’t have to play their Wrath of God. This is simple but crafting deals like this can change the pace of a game. Make sure you are communicating and understand the other player’s desires. The mightiest can fall to a deal on the wrong side of the table.

Not Your Normal Enchanted Kingdom

I wanted to make this Saskia the Unyielding deck aggressive, but with some options for how to face down opponents. All of those do happen to be using creatures, but the deck can swing out early, late, wide, or tall. It can build up a massive army of fliers or tiny scions that surprise win with Beastmaster Ascension. Many players find the idea of needing alliances with this deck a little odd, but aggressive decks have a notoriously hard time in EDH. Alliances shore up weaknesses in the aggressive strategy. Crafting an alliance to take out a strong threat early could be the linchpin to a successful match.

Enchantress abilities of Argothian Enchantress-like cards keep this deck’s engine going. When you have multiple enchantress effects out every card you play gives you a whole hand of new threats. Normally aggressive decks have issues when it comes to this aspect of the game, and card draw can come from unreliable or circumstantial effects like Shamanic Revelation. The enchantress cards can also be unreliable but because of the synergies that enchantments can have with one another (ie Sigil of the Empty Throne, Doomwake Giant) this means that cards like Phyrexian Arena are powerful draws right off the bat as well as reliable card advantage. Sure, you say you know that, but many people underestimate how much a card like Phyrexian Arena can slow the flow of a normal aggressive deck.

When wielding this deck you must be aware of the many pitfalls that come with crafting a good treaty, with managing expectations the most important of them. You must not load an agreement with additional meaning beyond its intended goal. Don’t expect another player to take it easy on you because you had a ceasefire five turns ago. In the same vein, don’t hold yourself to that standard either. If you are no longer in an agreement, don’t treat it as such.

When crafting a treaty, ensure that the goals of all parties are truly aligned and not just a political maneuver. This is a simple problem that’s easy to forget. You can be so focused on one play that when push comes to shove you get into an agreement from which you cannot realistically save yourself. If you agree to a treaty that puts your opponent into a winning position by breaking it, then it may not matter to them if you have some future vendetta. And on the flipside of this coin, would you break a treaty if it really means truly vicious vengeance for future games. Maybe it’s better to not take that offer.

Calling this deck aggressive could be a bit of a misnomer because of how unlikely it is to curve out with straight creatures, but this powerhouse can sure floor an unsuspecting player. Watching out for the crack back is what makes this fun in my opinion. Calling on favors and crafting the right ceasefires will maneuver Saskia the Unyielding into victory. Extend the olive branch and see who latches on.