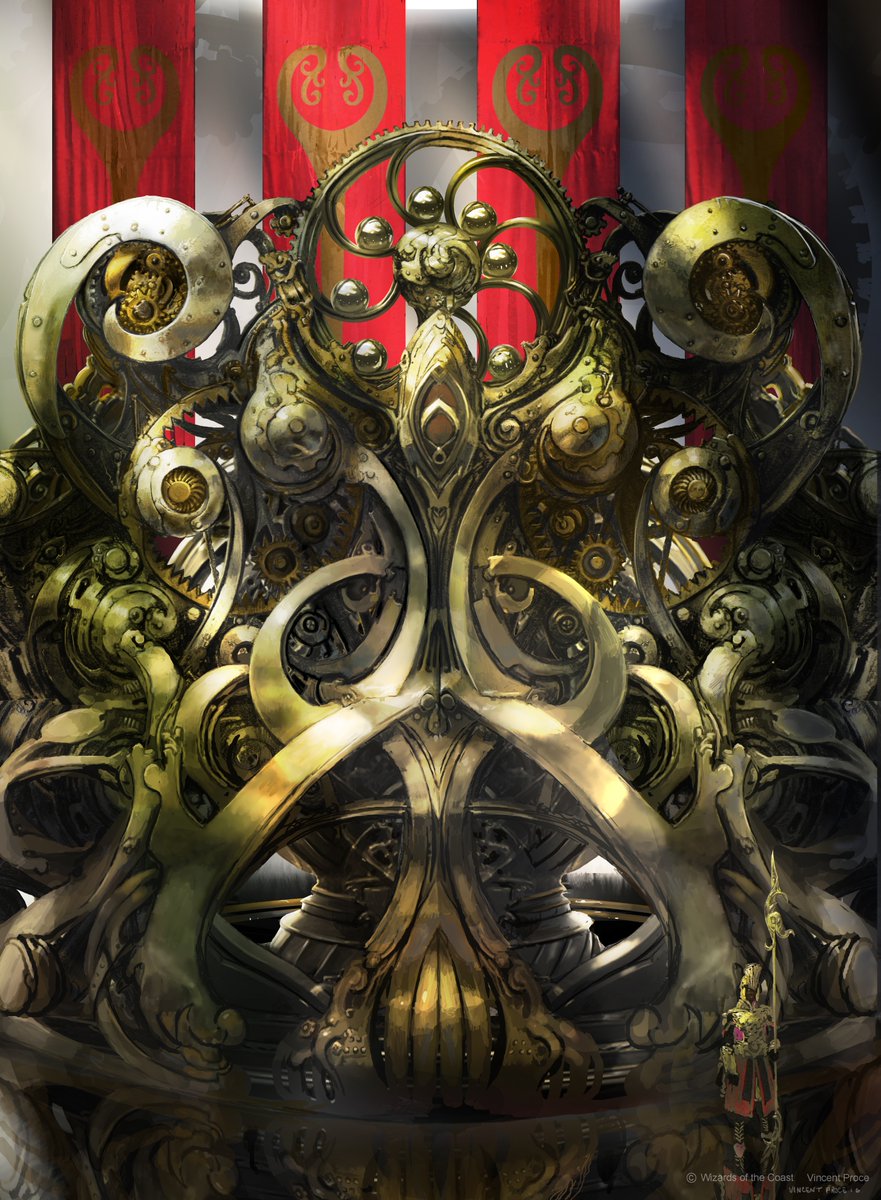 The steam engine broke society. It brought the world into the modern era. Industrialization, creating every modern amenity, would not have been possible without it. After the initial design by James Watt there were countless improvements, but there have been no developments with as large of an impact on the world since.

When the previews for Aether Revolt came around at the beginning of the new year there were fears that Paradox Engine would break Commander in the same way that the steam engine broke the real world. There were calls by a vocal minority for its premature ban from the format. This, of course, is ridiculous. It has not broken EDH. It has been included in many lists (over 4,000 on EDHREC and counting), but there have been nearly zero outcries for its banning since. This doesn’t mean it’s not fun. Within the world of Kaladesh, we saw a magical renaissance and rapid industrialization taking homage from the real world impact the steam engine had. The Paradox Engine is not the catalyst of such innovation but exists as a product of it. However, there are things we can learn from the steam engine that apply directly to the resources gained from such a powerful card as Paradox Engine. Namely how the steam engine expanded markets, made workers more efficient, and scaled up economies.

I think you should be glad that I didn’t try to find a way to break Steamflogger Boss because of its recent reveal in the new Unstable set. That would have been fun, but I would have pulled (my already receding) hairline out in the process. Where we are going here is to new worlds. In the same way the steam engine helped the world reach new heights and distances, Paradox Engine can bring everything closer to you for a fraction of the cost. When you cast a card what weighs on you are two things; the card’s resources, and the mana resources. You create card parity when the card resources are given back in (most) tutor effects, such as Demonic Tutor. In that, they place the exact same number of cards in your hand. Paradox Engine with the right infrastructure (ie. mana rocks) there is essentially no cost to using it. Reaching anywhere in your library for little to no cost is a huge part of playing Paradox Engine. This makes playing Whir of Invention nigh necessary. It’s like they were designed in the same set! Who would have thought? This may actually ruin the fun for many players. Some EDH players dislike playing tutors for a variety of reasons, but it is a very important note to take regardless. Another more accessible locale with Paradox Engine are graveyards. Romping around in the graveyard cuts out much of what we discussed earlier as card parity. Graveyard resources are much deeper than hand resources. This may be a simple concept to many reading this, but it’s important to note this when talking about how to create more efficiency in your use of spells. Specifically, that is why I think commanders like Karador, Ghost Chieftain and Tasigur, the Golden Fang are prime candidates for a deck based around Paradox Engine. You can use their abilities to continually bring more value with your engine online by utilizing a more abundant source of power. Tasigur, the Golden Fang seems a more powerful option with access to blue and Whir of Invention.

Whistle While You Work

Paradox Engine generates lots of mana resources, but having access to it is nothing if it’s not used efficiently. Using your resources efficiently is generally considered Magic: the Gathering 101. I still see lots of lists that don’t run nearly enough mana sinks with this card. When the steam engine first arrived it let the operator do the work that couldn’t have been possible by 10 men. That sort of power and efficiency is important to replicate. Level-up cards are a great way to utilize our excess. Everytime you cast a spell with your engine online why not tap all your mana rocks and pour that little extra into making a creature that could have been a bit underpowered be overpowered. Kazandu Tuskcaller exemplifies this superbly. Leveling her up just a couple times with Paradox Engine out means you create an army of elephants along with an arsenal of spells.

Tasigur, the Golden Fang’s ability acts similarly to a level-up ability. Every time you have a little extra mana to spend you can pour it into drawing an extra card from your graveyard. There are plenty of great level-up cards to utilize here as well like Joraga Treespeaker. Not to mention when you play cards like Capsize or combos like Deadeye Navigator and Palinchron you simply break the game.

The steam engine created production for companies on a scale they never could realize before. They could bring the cost of each unit down by ensuring the costs of production are spread out among more product. This is, as the title alludes, economies of scale. When talking Magic: the Gathering this concept is a difficult one to transfer since each card must be paid for individually without cost influence on what was played before. You could adjust this with cost reduction mechanics like Mizzix of the Izmagnus, but if you consider units not as simply spells, but effects, then you open new doors. X-cost spells replicate the effect of scaling costs. For every extra mana you put into these spells the less significant the initial cost becomes. In a deck like Tasigur, the Golden Fang, Villainous Wealth is lots of fun. You should have access to it multiple times. Being such a powerful effect that you can pour lots of mana into because of Paradox Engine it becomes infinitely more fun. Torment of Hailfire and Exsanguinate work similarly, wreaking havoc with those who once considered themselves your friends.

This decklist could use more self-mill if you want to utilize the commander more. I, however, wanted to ensure that Paradox Engine was a central focus with Tasigur, the Golden Fang as a part of the utility and not the focus. This list is extremely vulnerable to artifact hate and should be played with that in mind. The Paradox Engine theme will not work without mana rocks. There may need to be more rocks that tap for mana but hopefully, the tutors and card draw will help out in that regard.

I hope you enjoyed our foray into a more economics focus on deck building. Let me know what you enjoyed about the article or if you only want to see more political focus. As always I would love to hear suggestions for the next article and I will see you in the comments or back here in a couple weeks!