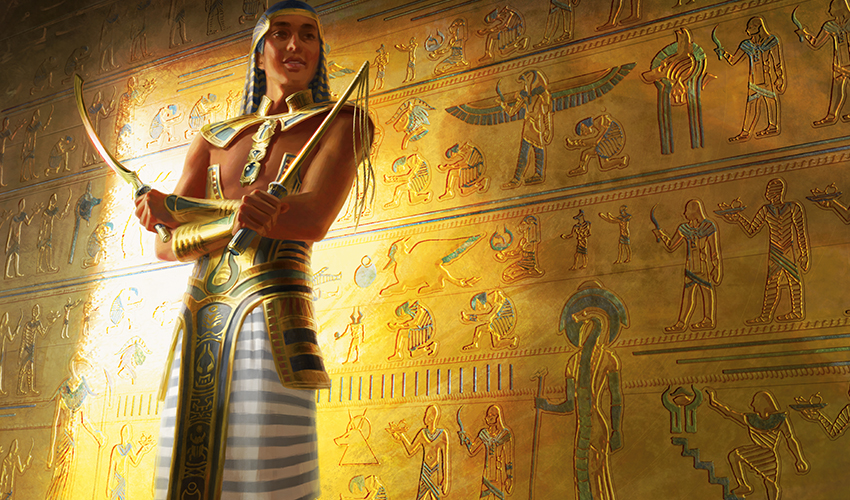 Do You Feel Lucky, Cyberpunk?

Cyber security is something that most people (and until recently many businesses) take for granted. You throw up your firewall, install Norton, and call it good. You’re safe, right? After all, it’s just some hooligan in their mom’s basement trying to get your credit card to buy a new Xbox. What if the Russian mafia were trying to bust down your door, steal all your possessions, and ruin your life? That sounds scary, right? Well that hacker sending you spam and trying to get your passwords could just as likely be downing vodka in St. Petersburg, slurping down oysters he bought with your credit cards. The world is waking up to the reality of cyber attacks as a daily occurrence. I also think it’s time that the Commander community understand how to utilize the power of cyber attacks and cyber security in their games.

Temmet, Vizier of Naktamun is one of the powerful new commanders from the plane of Amonhket. I wanted to cover cyber warfare for some time, and I thought Temmet fit my ideas perfectly for this topic. He is a powerhouse that utilizes one of the key aspects of cyber attacks that are nearly impossible to stop given the right conditions. Our vizier will break enough knees to make your opponents want to rain extortion money down on you. Mafia dealings can be just as political as any senate house. Let’s build our cyberpunk deck.

Once the easiest target is assessed, making a cyber attack is nearly impossible to block. They also can come from anywhere at any time. Making sure your attacks are unblockable with Temmet, Vizier of Naktamun’s ability is powerful, destabilizing the balance of most games. Ensuring you can get in some damage with something at all times, even if Temmet’s ability is off the table, puts your opponents on edge. Thus, Hada Spy Patrol and others like it creates important political tension handing you massive leverage. Creating ways any of your creatures can get in damage with Key to the City or Whispersilk Cloak crack skulls well enough that your friends may just look out for a Nightmare head in their bed.

Of course, an important part of your deck is making your tokens threats, and your threats into tokens with cards like Cackling Counterpart, but there is more than just that. Creating an opportunity for threats to come anywhere at any time can be crafted through cards like Coralhelm Guide or even Key to the City as we mentioned before. Letting the other players at the table make big swings is fantastic. If used correctly there are cards that let you be a threat to everyone, like Blade of Selves. Just ensure if you are going to agree to let an opponent have a creature with unblockable that you do it after they have chosen to attack another player. These tactics may create a few enemies.

Botnets (interconnected computers that do bidding without the owners knowing through malicious software), also appropriately for Temmet, Vizier of Naktamun these computers are known as zombies. These computers play a key role in cyber crimes and cyber security in many ways. A cyber attacker can utilize this network to create giant attacks with unwitting bystander's computers and also can use them as Scapegoats to hide their identity. These uses for botnets translate well into a few types of effects for magic the gathering.

First, the protection that botnets give is analogous to hexproof or shroud. Cards like Swiftfoot Boots make your plays with giant unblockable tokens much easier to handle. Having protected threats (that don’t necessarily need to be tokens) like Sphinx of the Final Word or the new and fitting Glyph Keeper makes it so even if an opponent wants to deal with you they can’t do so easily. A backup hexproof target for your Batterskull after the germ has bit the dust means that everything on your side could threaten. Versatility and elusiveness is what makes botnets so popular but being able to infect anything is a strong side effect of the network too.

Second, infecting the entire playgroup is not an attribute to be underestimated. Control Magic abilities have a history showing their worth in almost any blue list. These control magic effects mixed with our ability to give hexproof or unblockable creates massive versatility in attack plans. Controlling an opponent’s creature even for a turn also allows us to use Cackling Counterpart type effects on the best thing on the board, not just what we own. This effect can swing a game from being almost certainly lost to almost certainly a win.

Lastly, Clone effects are similar to Control Magic but they are also important ways to enable token copies, and just double up on something powerful. They also have the benefit of not being weak to Naturalize effects. Clones serve an almost identical purpose to the controlling cards but it’s important to note them as to not forget their power.

Your friends may want to run around with their own Temmet, Cyber Punk decks since he is new and fun. Maybe you just have friends with token or Voltron strategies that suck to play against. What we learn from the cyber-security side is how to be the worst target. If someone wants your password, or if another player wants you dead, it will happen. Propaganda makes for a great way to not take as many hits. You make yourself a threat by having unblockable creatures. Just keep your head as low as possible, have threats for blocking/deterrence, and don’t make it easy for an enemy hit you.

For this list I used the “Average Decklist” from EDHrec’s commander page of Temet. Vizier of Naktamun and edited it with my suggestions for how cyber-security would add to it. As with all my decks, this one works as a template. I really do like the base list that was generated from the average decklist. The Clone and Control Magic effects may not be for everybody. I do think it’s a good idea for Temet. Vizier of Naktamun decks to have extra hexproof and unblockable in the deck. I hope you liked the list and the suggestions. Thanks for reading!