EDH Political Science — “You Say You Want a Revolution” 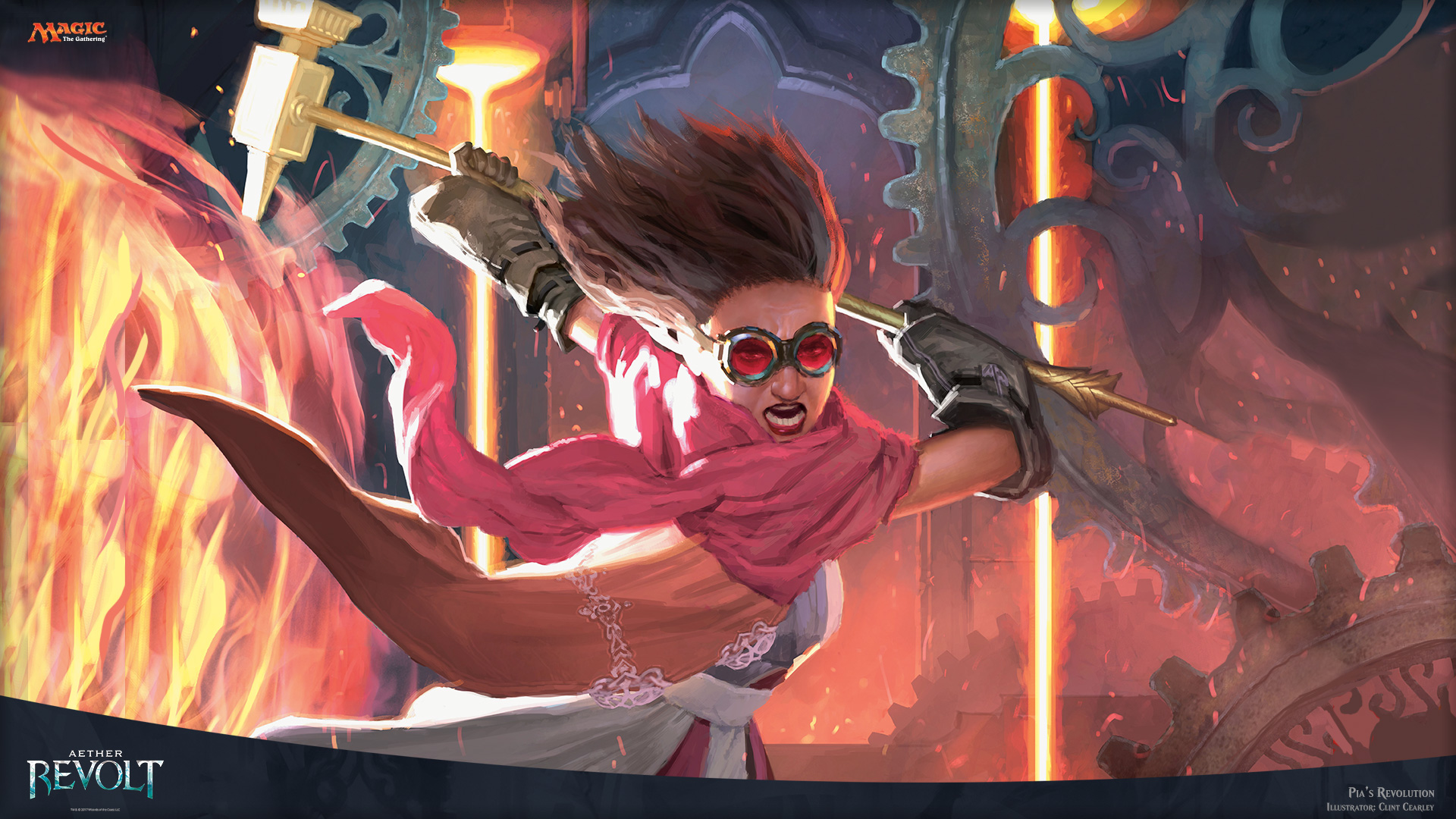 Power to the Polis

I watched the best player at the table crumble. Yes, I did want to stomp his face in for taking me out first in the prior week’s commander pod, but it was much more than that. He was the clear enemy to me and the people to my left and right. He smacked each of us with The Gitrog Monster plus Whispersilk Cloak repeatedly. He cemented a firm lead by resurrecting the best cards we had stacked in our graveyards after hours of playing with Sepulchral Primordial. The Queen Marchesa and the Jor Kadeen, the Prevailer players were running low on resources, but I had a stacked hand thanks to my commander, Ephara, God of the Polis. I managed to have the right cards and the other players on my side at the perfect time. I struck with a few key removal spells before my turn and evaded the rest of The Gitrog Monster player’s defenses with fliers to bring him to his knees. As he handed me his commander pod token for taking him down I relished in the petty glee I got from him saying, “I guess we’re even now.” I knew the others didn’t have the resources to recoup. It was a clear victory from there.

I don’t mean to boast, but my victory inspired this article’s topic, Power Transition Theory. Understanding the player with the power in a game is important to playing the politics. Power Transition Theory (PTT) is a way to predict when conflict will happen and how power dynamics are formed. As in Commander the player with the most power on a political stage is in the role to keep things the way they are. “No, thank you,” I don’t want to play Wrath of God into a board full of my own creatures. They keep the peace by ensuring they are specifically the only player with power. In other words, they become the status quo power. Conversely, the player that wishes to change the current power dynamic is the revisionist power, but only if they can stand up for themselves. Conflict (or war) happens when the revisionist has enough power and resources to overthrow the status quo. This is usually the case when the resources are the same, and our game is a struggle for resources. So, please, get those mana rocks off my lawn.

I want to look at how this dynamic plays out in daily games. I won’t provide a deck list based on the theory (though I do include the one I used to bash the toad), because I want to stress that these elements are based on actual play and specific elements that are present in any deck. To unpack this a bit more there are a few key pieces that each type of power needs to succeed. The revisionist power needs to have the resources to beat another player. Doing so is controlling a powerful board state, and controlling the perception of the enemy. For the status quo power, it is the opposite, you must maintain the opposition’s low resources and control the perception that you are not actually the biggest threat.

“You Say You Got a Solution”

Maintaining political perception of who the true enemy is can be manipulated by past indiscretions to the play group, type of threats and amount of resources they have, or the amount of money put into their deck. The person with Gaea’s Cradle should probably be taken more seriously than the person playing nothing but Blossoming Sands and other gain lands. Social manipulation is not the only way to mold perceptions. Curse cards can create a literal target for your abstract politics (I guess you could say Intangible Virtue.)

Let’s look at curses. Curse of the Nightly Hunt is a great way to make your enemy create enemies. If you use the card search on EDHREC.com’s main page to look up our curse it paints a clearer picture. Just throwing Curse of the Nightly Hunt into any deck with red can be a fine way to clear a path or create political tension, but you probably want more out of it. From our lookup it shows that Gahiji, Honored One is one of the top picks for this curse. He seems like a fine pick for many curses and political maneuvering as well. He may be a good way to encourage your allies to help you with the pesky revisionist power trying to prove their worth, or as a way for the revisionist to create the rebellion needed to overthrow the powerful hegemony.

You can follow this idea with other cards and curses. Curse of Echoes shows Zedruu the Greathearted could be an interesting commander to play power struggle with. On the Curse of Echoes page there are many cards that could work well with it, like Tempt with Discovery. This could mean you want a strategy that works with both, or all three of the cards we mentioned. A group hug strategy similar to our Atraxa, Preators’ Voice strategy from a couple articles ago but with Kynaios and Tiro of Meletis at the helm could be an interesting way to maintain perception between yourself and your enemies. Going overboard with the hugs can be a bad thing, however. Don’t be like those Phelddagrif players.

“You Ask Me for a Contribution”

Maintaining resources remains the best way to change a game in your favor. The way to prevent war is to control the flow of resources to others. If you remember, this is what the status quo wants. Every deck has access to cards that control resources. Making people not hate you for playing them is the key. Maintaining perception like we discussed earlier is even important here. Playing all the stax strategies like Andy Hull will get you a front row tickets to your own ass-whooping.

Playing cards like Krosan Grip are great ways to target resources, but not look too suspicious if used judiciously. Even a timely Tormod’s Crypt can fit into any deck and cut off one of the most valuable resources, the graveyard. You can always try to play the stax trying to be a benevolent dictator, but I wouldn’t recommend it.

Keeping your resources against as the revisionist player is the real trick. If you want to play cards that keep up your resources, you also want them to be versatile enough to be good in any situation. Charms that give protection (and are ribbed for her pleasure) like Simic Charm or Boros Charm make solid plays as revisionist and status quo. Having a good way to draw cards can always keep resources up like my commander Ephara, God of the Polis from the intro. More cards are almost never a bad thing.

“It’s going to be all right, all right”

Hopefully using these pieces makes your games a little more predictable and fun. I think I learned something from the game mentioned from the beginning; it’s important to pick your friends and your fights. You never know when you will be the status quo or the revisionist, so save the queen and viva la revolution!

As a bonus I’m putting my list from that game above.

#ephara god of the polis, #politics