EDHREC News Update — Starting a "Brawl" With Your Buddies 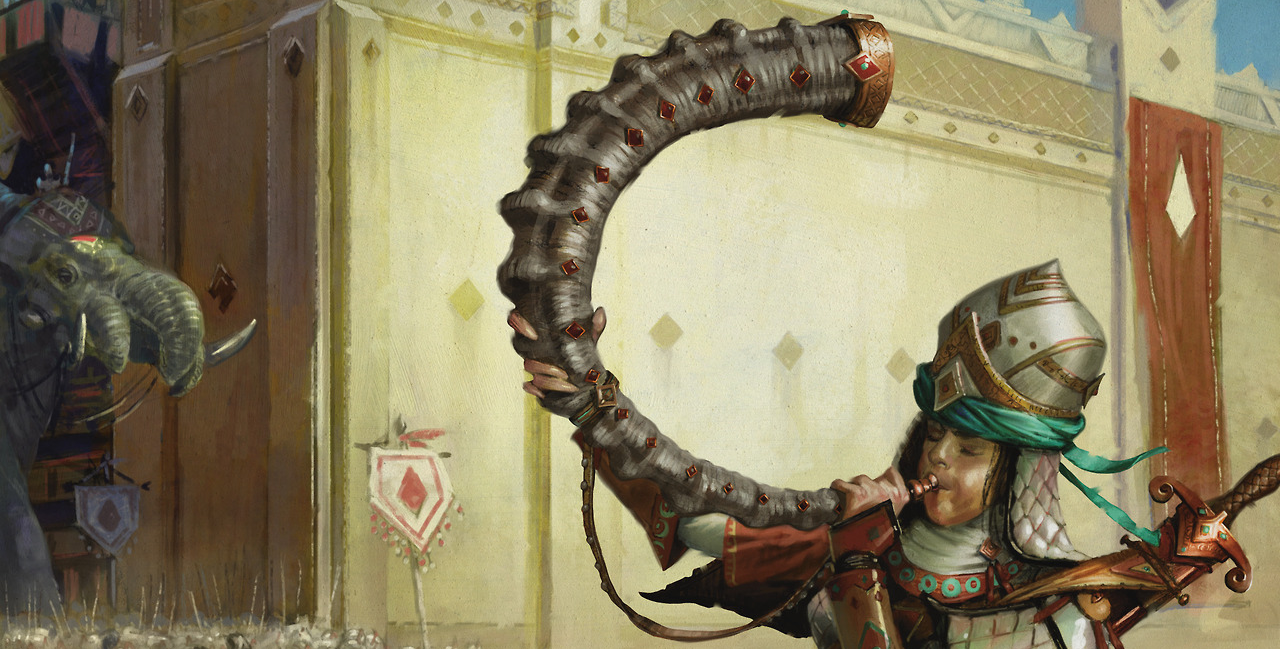 There, now that we got the "official," sounding stuff out of the way, welcome back to another news update at EDHREC. As you all may have seen recently, Wizards of the Coast announced on 3/22 the new Brawl format. If you missed the announcement you can check it out here for all the details. I'll break down the relevant ones for everyone here along with some thoughts on what it could mean for all Commander players.

Laying Down the Law

From the announcement by Gavin Verhey:

The idea here was to make a casual format that used a Standard card pool. This meant the focus could be on new and different kinds of decks you could build, and the format would be the right power level to allow them to thrive. It really adds a new dimension to all your Standard-legal cards...

The short version is this: You build a 60-card Standard-legal deck around a legendary creature or planeswalker. You can only have one copy of any given card in your deck other than basic lands. Your legendary creature or planeswalker starts in the command zone and works the same way that you might be used to from Commander: you can cast it for its mana cost, and then again for an additional two mana each time. Each player starts with 30 life.

And that's it! Simple, easy, and a kind of gameplay you might already be familiar with. We suggest playing it multiplayer.

So the gist of it sounds pretty straightforward, a 60-card casual format that blends together elements of the Standard format with Commander. Singleton style, built around a commander and the color identity of it, and starting with 30 life as opposed to 20 or 40. It sounds pretty simple doesn't it? The article goes on to give the same rules that govern the Commander format such as color identity, the commander tax for recasting, along with being allowed to choose if you place your commander into the Command Zone instead of any other zone. For those of you familiar with Commander, this won't be a far departure at all from what you are used to.

Digging Into the Differences

Gavin goes on to answer a few of the questions that we all might have thought of when we first head of the format. He explains:

Standard only has so many cards in it, and part of the fun here is building around themes. For example, Dinosaurs or artifacts. It's important that you have the room to actually build around them, though; if I asked you to make a 100-card Pirate deck, you would be stretched pretty thin for enough good options. With 60 cards, you can build a much more focused deck—and the singleton nature still makes every game feel quite different while offering consistency to your plan!

This key difference, a whole 40 cards worth to be exact, between the formats makes a great deal of sense. Since the card pool is much smaller compared to traditional singleton formats it is great to recognize the size of the decks as a potential obstacle. My initial reaction to hearing about the format was that the goal of the format was the same as Standard for constructed formats: a way for newer players to gradually expose themselves to the larger card pools. Rather than diving headfirst without knowing how to swim in the Commander or Modern format waters, WotC has used the Standard format as a wading pool type format to get new players in without being overwhelmed. Brawl seems to come from that same motivation.

For some more great insight from Wizards of the Coast staff, check out this Twitter thread from Gavin himself.

I've been working on Brawl ever since Gerritt Turner brought it to my attention ages ago, and in addition to the article today, I also want to provide a bit of additional context about how it came to be, and the story behind Gerritt creating it. So here's a thread! #wotcstaff

The smaller sized decks also should help another issue that can be common among new players: card collection, or more applicable, the lack thereof. Only requiring a legendary creature and 59 other cards as opposed to 99 may mean a great deal to players less than a year into playing Magic the Gathering. Sure, we've all used fodder for decks now and then that were terrible, but more experienced players are able to play around a sub-optimal card or two. New players with a handful of drafts or a single box they split don't have that luxury. This should be a huge boon to the player base wanting to get into EDH but don't have the immediate means.

As a drafter and newbie to commander, which I’m finding very hard to get to grips with (so many staple cards to get hold of!), Brawl seems like a good bridge for me to get started! I have a Q for you though Josh: should I approach building Brawl how I would in Commander?

Gavin goes on about the starting life totals:

We playtested a number of different life totals: 20, 30, and 40 were all considered. In the end, though, 30 created by far the best gameplay. The cushion to your normal 20 starting life was important, so that games didn't end too quickly and you had time to fool around in the early game. However, with 40 life, games ran far too long and it was hard to put pressure on players. With 30 life, more aggressive decks can actually exist without winning too fast, slow decks still have plenty of time, and games end in a reasonable amount of time. We didn't want running out of cards to be a typical factor in the game either, and 30 life helps ensure that doesn't occur.

With a limited cardpool comes a limited number of interactions that can lead to combos. The Standard format most times revolves around creature-heavy decks as powerful spells are at a premium. Even Modern combo decks utilize complex interactions to build many different combos to finish the game using cards designed 10 years apart. Allowing both aggressive creature decks to do well without pushing control or combo decks out is another great move. I know from past experience that in 40-life formats aggressive decks can run out of steam for the last few points of damage, especially in multiplayer games. Hopefully this point lets the format support all different types of strategies and play styles.

And finally, the most unique rule change in my mind:

Another question you might have is, why legendary planeswalkers as commanders?

Like normal legendary creatures, planeswalkers are major characters and often enjoyable to build around. We wanted to let them have a chance at being commanders too. We played with a bunch of them to check how they worked and really enjoyed the possibilities they created. Being able to be attacked by multiple players ensured they were kept in check, while still promising powerful things.

You read that right, you can now play your legendary PLANESWALKERS as your commander. No longer are we limited to just the Commander 2014 planeswalkers as our eligible picks, Brawl will let you use any planeswalker as your commander. This is thanks in large part to the change in the legendary rule giving planeswalkers legendary status. Anyone trying to build around Nissa, Steward of Elements is probably giddy at this move by Wizards. Can you blame them though? Mana dorks and fatties are what Simic players love! Nicol Bolas, God-Pharaoh seems like a solid choice for those who love playing the long and controlling game too. Making planeswalkers eligible to be your commander is something that we've all heard folks asking about for a couple years, could this be the first step in that direction?

It will be very exciting to see what Brawl brings to Magic, the Gathering. More formats means more players enjoying more games than before, which is never a bad thing. My only real concern is having an EDH format that has to keep up with rotation, the very reason I personally got away from competitive Standard play years ago. Having large portions or the commander of a deck rotate out can be negated by branching players into traditional and non-rotating Commander play. While I think this impacts competitive players more, it will be a concern for more casual players. How much it effects interest in the format will be something to keep an eye on.

Overall, I think Brawl will be a very good thing for not just new players but established players alike. Teaching someone to play Magic is hard enough, the Commander format is no different. Even with all the resources EDHREC has to offer along with all the content, it can be hard for someone to get their foot in the door. There is a very good chance Brawl becomes that first step into the Commander format for many players. The cardpool may not be deep enough for established players to find interesting, but for others it will offer a unique deckbuilding challenge that they will enjoy. Limitation breeds creativity as Mark Rosewater has famously said many times, and this format may bring another welcome transition point for players entrenched in either their 60-card or 100-card formats of choice.

What do YOU all think about this new idea? Is it something you want to try out or does the lack of depth in the format keep you from jumping at the opportunity? EDHREC as a site plans on providing support for the format, as stated by our Twitter account from the other day. In case you missed that, here you go:

"[Brawl is] a Commander variant that uses only Standard-legal cards. ... we’re introducing it with Dominaria."

If Brawl is singleton, I do plan on having EDHREC support Brawl by the time Dominaria is released.https://t.co/11CQwFZ1Io

Let us know what you think about the format in the comments along with any sweet brews you have coming down the pipeline to open the format with. Keep an eye out for any other Brawl based content, or if you think we're better served with our usual trend of content then give us that feedback as well! We'll see you next time!