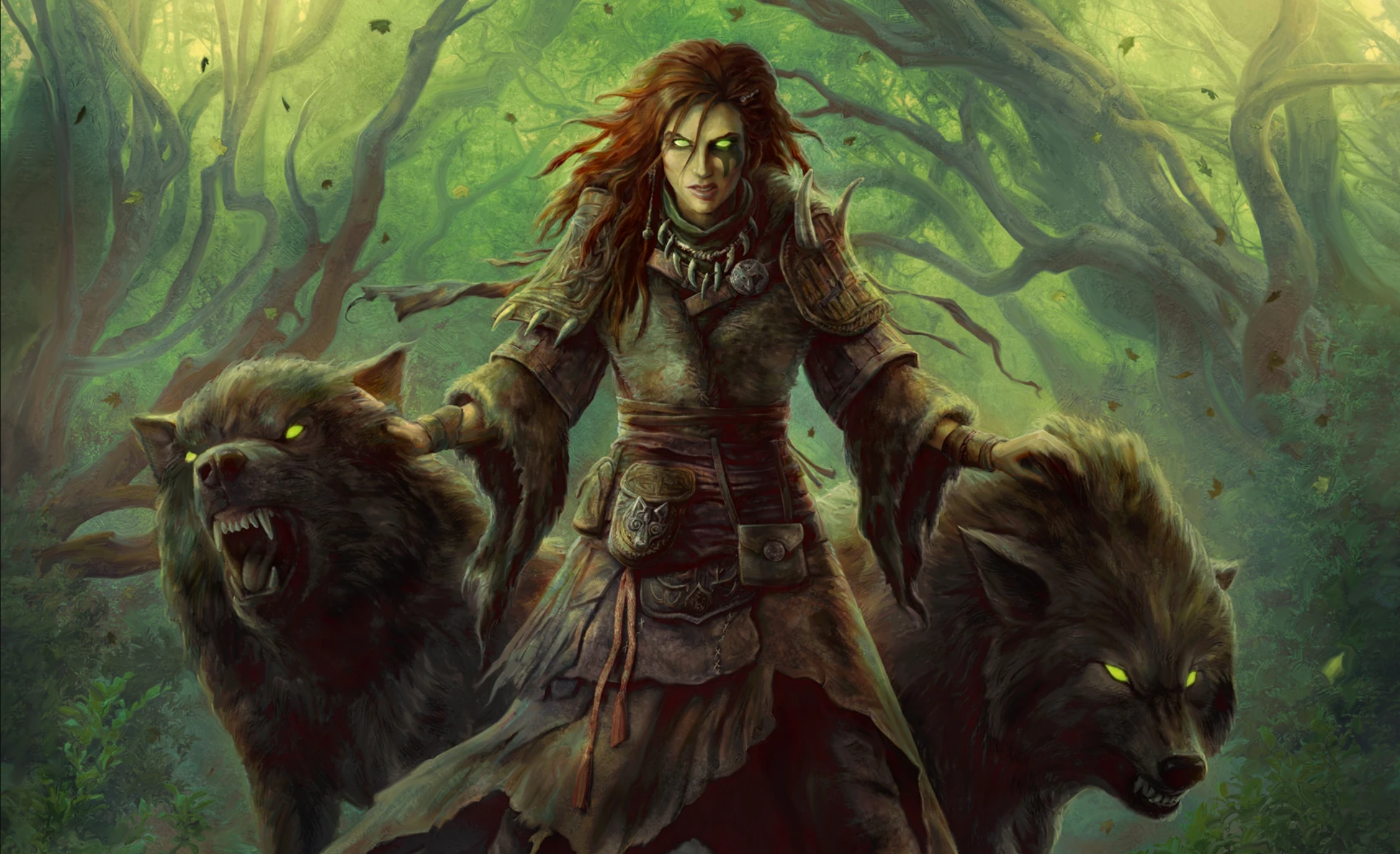 This week, it's all about the Dread Wolf Herald!

Faldorn, Dread Wolf Herald is an impressive commander. For three mana we get a token-maker that also works as a draw engine. It's also surprisingly easy to create tokens with Faldorn! Exile effects, Suspend, Foretell, and Rebound are just a few ways to create tokens while also getting extra value, and we even get an infinite combo with Squee, the Immortal/Eternal Scourge plus Food Chain!

With that said, the second part of Faldorn's kit, while a good standalone enabler, can be a bit awkward at times, since it's easy to get an uncastable card. Some of those effects, such as Suspend, have alternative costs or abilities that won't work when they themselves wind up in exile from an effect like Faldorn's.

The problem with making obvious 'best-in-show' commanders for certain mechanics is that we often stop looking at that archetype for other commanders. Madness is a fun archetype that I feel got sucked into Anje Falkenrath's shadow, but Faldorn could make great use of it too! Madness is usually shortcutted to 'you can cast this card when you discard it' but the mechanic actually puts the card into exile, so Faldorn will make tons of Wolf tokens from Madness cards!

Not only that, Faldorn is a great discard outlet! She's perfect for Madness decks that want to be more stompy. How about getting two 2/2 Wolf tokens, one 1/1 Rootwalla, plus the extra card that we get with our commander, for just one mana (plus the exiled card's cost)? This leads to a very aggressive value-based strategy, as we get to put a lot of bodies on the battlefield very fast, and being Gruul means having a great stompy support suite to get maximum value out of them.

The lack of black can be a bit scary when considering a Madness deck, since a lot of the archetype is concentrated between it and red. However, our green cards feel like they were tailored to our needs. Cheap Madness creatures, like Basking Rootwalla and Blazing Rootwalla, are great cards to be discarded with Faldorn's ability since they reduce the chance of not being able to cast the card that we exile. While big creatures, like Incorrigible Youths and Arrogant Wurm, usually aren't really all that relevant in the format, having them come out with up to two extra bodies and a card can really accelerate the board.

Besides Madness, there are a few ways of triggering our commander, which is important for making our gameplan more consistent. Our Foretell cards can be efficient "curve fillers", but between our commander's activated ability and the Madness costs that we're paying, we tend to be pretty mana-intensive anyways.

Then, we have plenty of heavy-hitting payoffs. It's a bit hard to find a balance between having enough of them to be able to consistently hit them, but not so many that we get flooded, or even hit them with our commander's activated ability, since they tend to be on the more expensive side of our curve. Damage-multipliers, like Fiery Emancipation, are an easy way to instantly improve our all-in potential, while Unnatural Growth is an honorable mention that, while not a true damage multiplier, acts enough like it to be included here. Since we're putting a lot of bodies on the field, effects like Warstorm Surge, Terror of the Peaks, and Purphoros, God of the Forge give us a nice amount of reach.

Having a suite of cards that gives us an alternative source of advantage is important because we won't always have our commander available. When we do have them in play with our commander, things get really spicy. Fauna Shaman works both as a Madness discard outlet and as a tutor that allows us to chain multiple creatures a turn. Conspiracy Theorist is pretty similar to the second half of our commander, and together with her, it turns all of our looting effects into possible Wolf tokens.

Our ideal opening hand probably involves having a one-mana dork to be able to cast our commander on turn two. Our gameplan starts once we're able to tap our commander and start playing our Madness threats. We can also opt to delay this a bit if we want to play some of our "slow" effects, like Rebound and Foretell, so that we have a more explosive turn later on.

By the mid-game, we should be starting to get a sizeable army. At this point we should start looking for one of our bigger payoffs, like Gratuitous Violence, to start enhancing our damage potential. The normal turn structure can be a bit wonky since our commander is a wild card, so that usual pattern of playing lands first or even casting in the main phase #2 can lead to bad results if we start autopiloting the deck.

For an aggro deck, we're surprisingly good at rebuilding our board. It can be a bit draw-dependent, but we do have some ways to quickly rebuild or get back into the game after a setback; any of our looting effects can lead into a moderate board state, and some burn spells can be used to push for that last bit of damage, especially with any of our damage multipliers.

Faldorn has a ton of directions to upgrade into. Top-deck manipulation might help us avoid bad hits with our commander, for instance. Cards like Sensei's Divining Top and Sylvan Library are a good starting point for luxurious upgrades.

Increasing the number of standalone threats could also improve the deck's consistency and allow us to play getting our commander removed. Etali, Primal Storm is a good standalone threat because it's powerful even without Faldorn in play. However, we should consider their mana costs before stuffing too many of these big threats into our deck. Oh, and if removal is something you're worried about, adding in more protective Equipment/Auras might help keep Faldorn alive. Darksteel Plate and Spider Umbra are ways to avoid board wipes, while Lightning Greaves and Swiftfoot Boots are effective against single target removal.