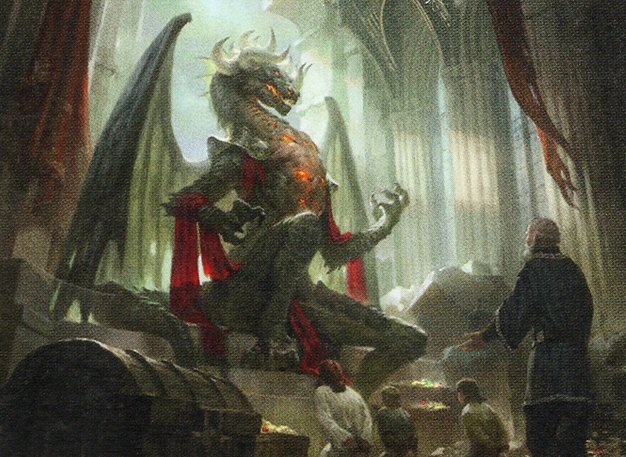 By this point, we all know Korvold is a must-answer threat and how easy it is to break his card draw ability. Korvold lets us draw a card for every permanent we sacrifice, whether it be a Treasure token, a fetch land, or cards like Unbridled Growth, giving us two cards for one mana. This flexibility allows him to be the perfect commander for almost every permanent-based Jund strategy. The indiscriminate draw enables him to go over the top and makes it almost impossible to defeat him in an attrition battle.

Given Korvold's power level, it's not that much of a stretch to think that he's going to become the target of removal from the other side of the table. This means that it's important to either get enough value from his arrival (which is easy) or to play in such a deliberately tamed shell that we might convince the table that we're not as much of a threat.

It's a bit of a challenge to find a niche for such a popular commander. Luckily for me, the answer was pretty much in the name: Fae-Cursed. Curses are an interesting archetype to pair with Korvold because they provide a steady flow of tokens and an efficient timing window to sacrifice them with our commander's attack trigger.

One of the best aspects of a Curse-heavy deck is the ability to pinpoint our hate effects, which helps us avoid potential backlash from other players. Curse of Death's Hold can hold off tokens and go-wide strategies before they get to their anthems. Cruel Reality is great against decks that are trying to stick a big threat into play. Curse of Fool's Wisdom is a nice way to put control decks on a clock, and it's also very good against certain Spellslinger shells.

There are a lot of token-producer Curses that feed our commander rather nicely. Curse of Clinging Webs is a great way to fight recursion-based decks and is very nice to have after a board wipe. Curse of the Restless Dead punishes greedy green players and provides useful self-sacrificing tokens. Curse of Disturbance and Curse of Opulence play nicely with Korvold's sacrifice trigger timing by being able to sacrifice the freshly created token.

While not necessarily Curses, Group Slug cards certainly fit the Curses style of death by a thousand cuts. Sheoldred, the Apocalypse is an impressive threat that acts as a global Curse of Fool's Wisdom. Arasta of the Endless Web provides lots of useful bodies that can be used to either clog our board or feed Korvold. Captive Audience is as close to an Aura as a card can get, and its effects are nasty and should be considered mostly as a way to deal with archenemy scenarios.

Our commander is an important tool for this list, which means we need to have a few cheap permanents to get more mileage out of it. Most of our removal suite being creatures can help us with this. Burglar Rat, Elderfang Disciple, and Virus Beetle's discard ETBs are very useful for us to slow down the game to get more value out of our Curses. Ravenous Chupacabra and Shriekmaw provide targeted creature removal, and together with Plaguecrafter and Demon's Disciple, we get a pretty decent creature removal suite.

It's important to make sure that everyone tries to get value out of our attack-based Curses, whether they want it or not. Karazikar, the Eye Tyrant is a great way to cover all bases; it provides everyone with another incentive to hit each other with, and the goad on attack is a nice bonus. Bothersome Quasit plays well with our Curses by both providing a forced attack and by clearing the way for potential combatants. Rite of the Raging Storm gives everyone a "why not" attacker, which, together with beneficial Curses like Curse of Hospitality, can provide a nice amount of "incidental" damage.

Our early game tends to be a bit slow if we don't know what everyone else is playing. If that's the case, we should consider holding out our Curses so that we can properly gauge each deck and avoid king-making. If we know our opponents' strategies pretty well right off the bat, then we can instead start casting our Curses right away. We need to have a dedicated card to sacrifice when our commander comes down, so as to avoid losing a land. Don't get me wrong, we should still play Korvold even if we need to lose a land, but we don't want to get blown out by removal too badly.

By the mid-game, we should have our commander online and have a couple of Curses placed, but this is the pivotal point where the game tends to change depending on the harmful Auras we've managed to play. Curses that create tokens, like Curse of Opulence and Curse of the Restless Dead, tend to accelerate our gameplan, while Curses that punish our opponents, like Curse of Death's Hold and Curse of Shaken Faith, tend to slow the game down.

Between our Curses, slugs pieces, and commander, we grind pretty well in the late game, though we do lack a bit in sheer power and instead rely on incremental advantages, which can lose us some top deck wars. The most important thing to do to win the late game is to make sure that, by this point, everyone is weakened by a full game's worth of conflicts!