Force Spike — What You Can Learn From Spikes Without Being One 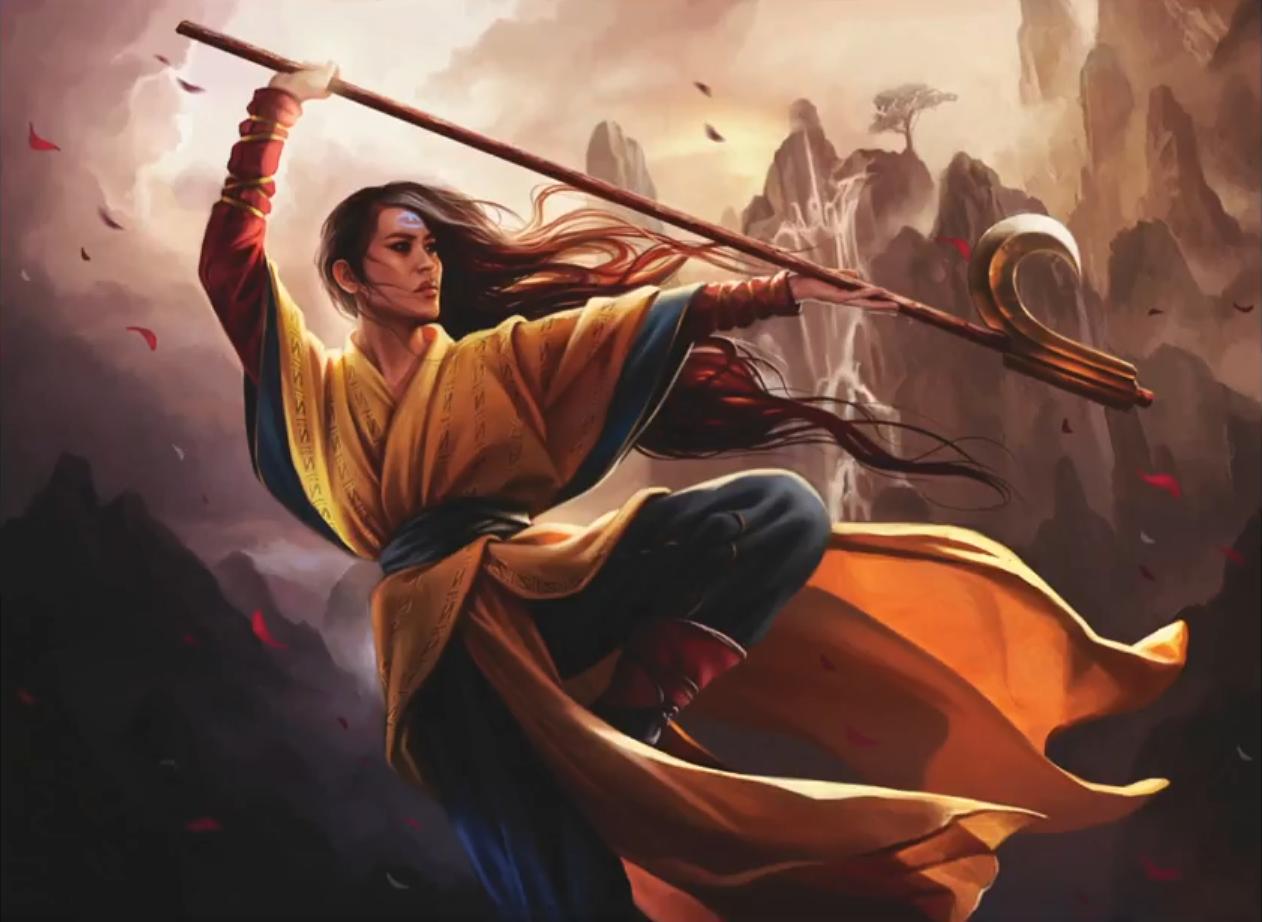 Hi there, I'm Charles Emrich, and I'm a Spike. Now based on the various online arguments and table-talk I engage and listen to, it’s clear that high-powered multiplayer EDH isn't everyone's thing, but it's definitely mine! Look, I understand where the more casual players are coming from; I was playing Derevi one time when an opponent first asked me “are you having fun?”. He wasn’t being sarcastic, but sincerely curious whether I was having any fun playing a deck like Derevi that requires a bunch of seriously tough, intricate, predictive decision-making with often extremely limited resources; but from where he sat I was just playing a misery-generator out to ruin everyone else's day. I learned that day to ensure everyone at the table's ok with playing competitive EDH decks before I try to kill everyone on turn three.

No matter what kind of EDH I'm playing, the lessons from competitive EDH (cEDH) guide my strategy, card choice, and game plan. The same cards used in those high-power cEDH decks appear on EDHREC along side the cards better in more casual brews. Knowing the difference and when best to use them means that my decks come out stronger, more consistent, and more playable regardless of whether I’m working on Narset Kiln Fiend tribal or Narset Stax.

That’s this column's purpose: outline and investigate the principles and theory that ground cEDH, in a way that still proves useful even if that's not the kind of EDH you personally want to play.

The Project: One Set of Lessons for Two Kinds of People

Ideally, I want my articles to be lenticular (in the sense that Mark Rosewater is fond of using it). I want this column to serve different purposes for different readers.

The first is the EDH player thinking about moving up (hopefully alongside their playgroup) to more competitive matches. he or she is not afraid of Armageddon anymore, and wonders what it’s like to Ad Nauseam for most of your deck, or whether you can build something that wins on turn four most games. The deck lists are out there and /r/competitiveEDH is a great resource for those links, but outside of primers no one’s really writing about the general principles behind cEDH deck building and play. If that’s you, I hope there’ll be a lot in these articles to chew on.

However, that person is not my only audience. In fact, they might not even be the most important one. If you have no interest at all in losing to Laboratory Maniac, you’ve never enjoyed a game where Jokulhaups resolved and really don’t want to have a plan against Winter Orb, you’re in the majority of EDH players. I want to do my best to offer the lessons I learned from cEDH in ways that let you build the best version of decks you actually want to play. No nonsense, no guilt, and no suggestion that good deck building begins with adding Mana Crypt and only ends when you can afford Imperial Seal. If your honest goal is just to build the best Ishkanah spider tribal deck, that’s still within the scope of this column.

The biggest point is this: it’s possible, and likely even good for your enjoyment of the format, to build casual decks with a competitive player’s eye. You can improve the viability of any deck, and lessen the number of games where you have to throw up your hands and say “well, it’s great when it works.”

Okay, enough introduction. Let’s discuss one way to improve your deck which I see cEDH players do constantly that casual players do only occasionally.

I change my decks after almost every game. I can’t keep consistent online lists because after every loss, and most wins, I cut an enabler here or add a land there. I cut cards constantly, so I avoid getting attached to anything except cards that are The Point Of The Deck. Everything else is fair game.

I picked up this habit by accident when I was building my second EDH deck. I built what feels today like a pretty ordinary Riku Goodstuff list. I hadn’t played much EDH when the first set of commander pre-cons came out, and I had just joined a new playgroup. Translation? I had no idea what I was doing. So I kept about fifty cards in a permanent maybeboard and shuffled things in and out frequently. I wasn’t even optimizing, I just wanted to give both Indrik Stomphowler and Acidic Slime a shot and see which one worked. But the result of this unfocused experimentation was that I got a lot less precious about my decklists. If a card didn’t help me in that particular game, regardless of how good it was every other time, it was out so that I could try the next thing.

Eventually, this resulted in a pretty good Riku deck, but the changes to my deck building style stuck with me long after I got rid of that deck. Decks became malleable, living things, and if I didn’t like my changes I could always change them back later. I had turned a corner.

Putting this into practice for yourself depends entirely on who you are. I found it pretty easy to accomplish the mindset shift such that I’m always more excited to try out the new weird tech than I am sad to cut cards I like. That’s the mental half of the exercise. The other is building the habit. I made sure that after each game I picked the two cards that had done the least for me and switched them for two I was excited to test. No excuses, no 'but maybe if I...' waffling. Done. Perhaps the best starting point to ease into this methodology is to look at your maybeboard after each game. See if any of those cards respond better to the gameplay situations you encountered than the cards you actually had in your deck and make yourself switch them out. If your personality makes this difficult to even contemplate, start with one card. Then next time switch out two, etc. Eventually, the habit should take hold.

My own curation of that maybeboard has progressed. Now I use EDHREC more often and effectively than a stack of cards. The trick is to dig deeper than just searching by your general: identify cards in your deck that focus on what you are trying to really accomplish. For instance, if you're building Edric in a way that tries to actually utilize Elves, search for decks that run Priest of Titania (a card that only elf-focused decks should run) rather an Elvish Mystic (a card that is totally acceptable as a way to get Edric out turn two). Also recognize that very few generals have only one way to be built and almost every good general has both more aggressive and more controlling builds. This exercise helps you learn to identify the cards which tell you which one are worth looking at on EDHREC.

If you still struggle to build the habit, try asking yourself “Is it more important for me to play this card, or to have a better deck?” If it’s the former, then you can keep cycling through the deck until you find a better candidate. If you really can’t make a decision, phone a friend. Generally, other people are going to be worse at evaluating which cards are good in your deck than you are, but what they can tell you is which of your cards they found easy to deal with. “Which of my threats weren’t a problem for you? How easy was it to answer my plays?” If they won ask “how often did you feel like you wouldn’t win, and which cards worried you the most?”. The answers to questions like these will help you see your deck through a fresh pair of eyes. Maybe some cards seem much more threatening to others than they actually are. Maybe some threats are underestimated. Maybe you played a lot of cards which, while they advanced your strategy, didn’t actually cause anyone else trouble. Don’t be afraid to ask for advice, especially if it helps you get in the practice of iterating more often.

I picked up a good habit early. Realistically, that was probably mostly luck, but maintaining it has made me a much better builder than I would have been otherwise. Do you have any important habits that help you with deck building and deck maintenance?

I hope you enjoyed this initial view of the world through the eyes of a competitive EDH player and that it provided some food for thought about how to improve your own deck building. Stay tuned for future articles!

Instant and Sorcery liker. Creature tolerater. Been playing this format since Tinker and Tolarian Academy were legal. Once screwed up building a Circu Mill deck so badly that he ended up with Windfall-Storm, which honestly tells you most of what you need to know about him. Writer for Time Vault Games and co-host on their From The Vault podcast. Portland, OR.