Forgotten Harvest - On a Target Run 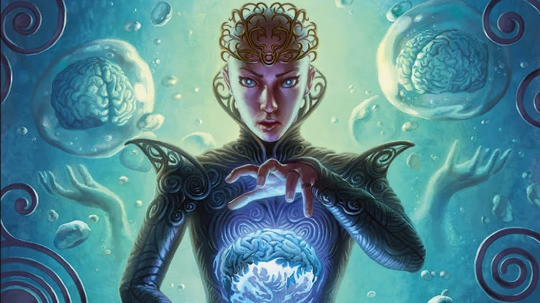 Welcome back to another Forgotten Harvest, where we dig deep into the bulk boxes of Magic to forage for hyper-underplayed cards that see play in 300 decks or less on EDHREC. Today, for the first time in this series, we're going to be tackling a Simic deck.

Given the stigma, for lack of a better word, that can come with playing Simic, I feel compelled to set expectations before I unveil this week's strategy. This series focuses on cards that see the least amount of play. These won't be the most powerful cards, and may not make for the most powerful deck. In the right strategy, though, a card which sees barely any play may become usable. If you do want to try out the cards we cover in this article, be aware of the perceptions players have when playing against a color combination like Simic, which is often expected to make crazy things happen with, for instance, +1/+1 counters.

This time, I'm scraping a strategy together based completely on the act of targeting. It's going to feel a lot like a Simic Spellslinger deck, heavily relying on instants and sorceries to target creatures on all sides of the battlefield. We're going to have to make sure that the deck stays creature-focused while also providing enough spells to still make it feel like a Spellslinger deck.

A token strategy will be key to our success. We'll depend on cards like Silverfur Partisan, Docent of Perfection, and Talrand, Sky Summoner to play simultaneously into the token and Spellslinger archetypes. However, there's always room for more traditional token production, too. One Dozen Eyes is one of my favorites, and the swarm it provides is just what we're looking for. This collection of menacing eyes only sees play in 211 decks.

In addition to token strategies, we're also looking for other cards that care about being the target of a spell. The Heroic creatures from Theros block fit the bill quite well, and a number of them are hyper-underplayed. In that vein, we're running Triton Fortune Hunter and Wavecrash Triton, who see play in 80 and 35 decks, respectively; the associated card draw and spot removal, in the form of tapping down opposing creatures, will both be quite helpful.

Now that we have a mess of creatures, how can we capitalize on them becoming targeted by our spells? Gargos, Vicious Watcher can help us out with that, fighting opposing creatures when one of our creatures becomes a target, and so can Wild Defiance, which only appears in 247 decks. Truly the heart of the deck, Wild Defiance buffs our targets by an extra +3/+3, which can be huge when paired with an Open into Wonder and a field full of critters.

We've covered the targets, so let's talk about the spells that'll be doing the targeting. After some research, I've been able to find only three spells that can target an infinite number of creatures for a set cost: Sway of Illusion, Sea Kings' Blessing, and Sylvan Paradise. All three qualify as hyper-underplayed, appearing in only 160, 34, and 11 decklists, respectively. You can tell this is Forgotten Harvest when I'm bringing up obscure cards from Legends!

While it's clear to see that none of the cards are terribly powerful (changing colors is sooooo Invasion block), when they're paired with the cards we've already discussed, like Wild Defiance, they quickly become Overruns. Even better, when we cast a Sea Kings' Blessing with a Dismiss into Dream or Willbreaker in play, it will completely decimate the opposing battlefields. I opted not to run Concordant Crossroads in this deck, but if you find great success with Willbreaker, you should consider adding it.

Some final notes on these three instants: I added in Isochron Scepter specifically to abuse these three cards. Scepter is particularly useful here because it casts a copy of the exiled instant. This is very relevant for the Heroic creatures, as they require a cast spell to target them, and won't trigger off a copy of a spell.

If you thought those color-change instants were the only trick I included in this deck, think again! This deck definitely makes the most of a card like Battlefield Thaumaturge, lowering the cost of our pump spells down to almost nothing, and it's only in 168 decks, to boot! When paired with cards like The Crowd Goes Wild (221 decks) or Thrive (253 decks), you can perma-pump the entire team for only one green mana.

Adding in a third card, perhaps you could use a Polymorphous Rush, found in 255 decks, and some blue mana to make a few extra copies of Silverfur Partisan before casting Thrive. With all those Wolf target triggers stacking, your army is going to be gigantic! (Again, Concordant Crossroads or even Akroma's Memorial might be worth an add if you're having trouble keeping the tokens around until you can take them to the red zone.)

This is all well and good, but we still haven't addressed two key pieces of a Commander deck: removal spells, and an actual commander!

For creature removal, I've tried to keep on-theme, and that means looking at Band Together and Combo Attack. Both of these cards allow us to target two of our creatures while eliminating an opposing one. Combined with Wild Defiance, it should be easy to build up enough power to take out the biggest beefcake on the other side of the field. These cards are currently in 242 and 55 decks, respectively.

While not typically considered removal, Phantasmal Form is an excellent way to instantaneously shrink a huge attacker, making it easily blockable. As many of you have read in previous articles, I'm a big fan of these kinds of shenanigans, especially given the political role they can play. Add that a cantrip is baked into the instant, as well as its flexibility in potentially letting you target two of your own creatures for Wild Defiance triggers, and this card seems like a great fit.

This deck gave me the chance to slot in one of my favorite soft counterspells, hailing from all the way back in Prophecy. Rethink is currently in 154 decks, and while it's not the best option when countering an opponent's Path to Exile, it's perfect for countering mass creature removal, like Blasphemous Act or Phyrexian Rebirth. I've found it to be an effective counter that no one sees coming.

Normally, I'd lead with the commander in one of these articles, but if you've looked at the field of Simic commander candidates, you'd see that there are no options that directly play into what this deck is trying to do. Simic just doesn't sling spells that much, and usually waits until Temur adds red to the mix to focus on instants and sorceries.

However, this deck is still missing a key element, and it's a big one: card draw. So much of this deck is going to rely on getting the key cards in hand together at the right moment. Given this, and the heavy token theme, I think Edric, Spymaster of Trest is the best pick. Yes, there's something to be said for using Tatyova, Benthic Druid, as she's capable of more reliable draw, but her high CMC is concerning to me, so I opted for Edric in my build.

"You're All Clear Kid, Now Let's Blow This Thing and Go Home!"

Thanks so much for staying on target during this action-packed Forgotten Harvest! To show my appreciation, I've provided a place for your questions, comments, and snide remarks in the comments below. I'd love to talk more about not-so-obvious Simic strategies, soft-counterspells you think should be played more often, and how I could better turn this deck into Wolf tribal (I tried so hard to make it happen, folks!).

If you have an idea for a future Forgotten Harvest, be it a hyper-underplayed card, a strategy in need of some love, or a commander that doesn't have a home in an archetype yet, let me know. I've done several articles from reader suggestions, and I'm always looking for more. Also, be sure to tune in next time when I tell the tale of Brudiclad, Telchor Engineer and the Seven Dwarves.