How to play the Draconic Rage Precon in EDH 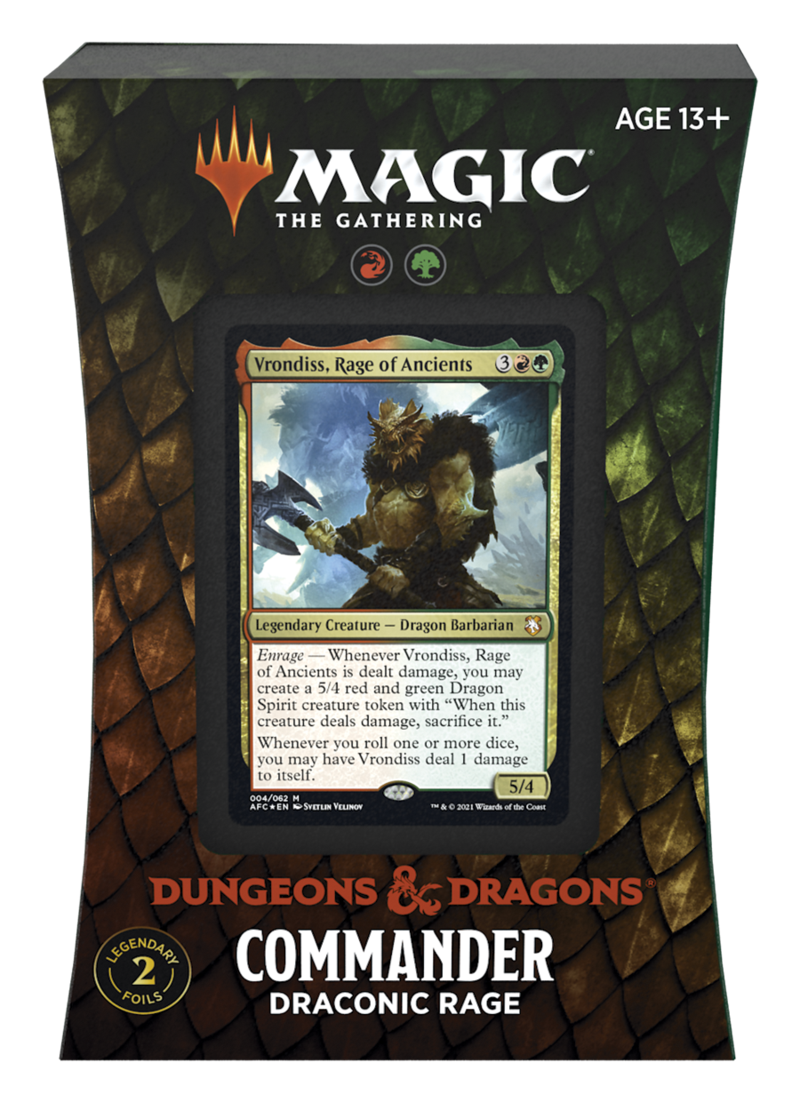 This is the comprehensive guide to playing the Draconic Rage precon, commanded by Vrondiss, Rage of Ancients! This guide contains all the information needed to ride Draconic Rage to victory straight out of the box! 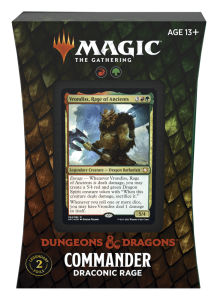 Draconic Rage is interested in just one thing: flooding the board with dragons and dishing out large, lethal attacks to its opponents.

This is not a flashy deck by any means, and it mostly revolves around pure stats, jamming power and toughness onto the board, and taking advantage of its large creatures (which are mostly dragons) to stay ahead on cards. Vrondiss plays more of a supporting role in this deck than the other Adventures in the Forgotten Realms precon commanders. He certainly helps the deck’s strategy and can create multiple giant beaters with his Enrage ability, but the deck can easily function without him.

Surprisingly for a Gruul deck, one of the primary strengths of Draconic Rage is its abundance of card advantage.

The other strength of this deck is that it has no shortage of reliable win conditions. It will almost never have to dig to find one, and will have plenty of replacements if an important attacker is removed. All of these cards can put away games or kill multiple players reliably alongside a respectable boardstate.

Despite those impressive strengths, the deck does have a few weaknesses. One such weakness is the aforementioned lack of support for Vrondiss’s Enrage ability. His die-rolling trigger can often feel like flavor text, and doesn’t come up very often. The deck has 10 cards that can roll dice, but some of them are expensive, difficult to time correctly, or don’t work well with Vrondiss.

The second weakness stems partly from the strength of this deck. With Draconic Rage packed to the brim with large dragons, high-power creatures, and flashy enchantments, very little room is left for one or two drop plays. The average mana value of spells in Draconic Rage is a whopping 3.97 mana, so it will be hard for this deck to double spell consistently.

Despite its clunky nature, Draconic Rage can still function and achieve its goals and win conditions. Two cards in the deck can help offset the deck’s early game inactivity: Druid of Purification and Klauth’s Will.

These are arguably the two best Commander cards from any of the four Adventures in the Forgotten Realms precons. They’re extremely efficient, and it’s worth noting that any opening hand containing these cards can afford to start the game out a little slower. They remove a high number of permanents relative to their mana costs, and are the best individual cards in the deck.

On the opposite end of the power spectrum come the deck’s worst cards; the cards to deploy last or sometimes not bother deploying at all.

Draconic Rage is a clunky but powerful deck that can really pick up steam in the midgame and quickly overwhelm the other players at the table. Its high damage output and explosive haste enablers means winning is never truly out of the deck’s grasp until its life total hits zero, so learning its strengths and weaknesses will make it even more unstoppable on the battlefield.