How to Play the Dungeon of Death Precon in EDH 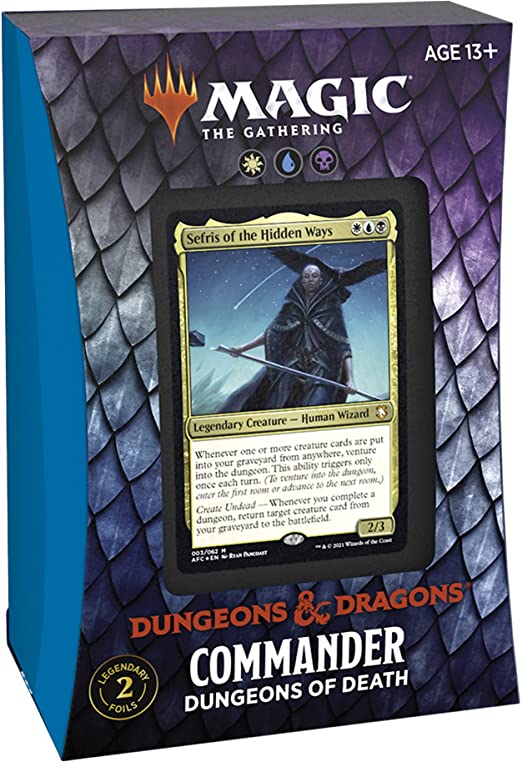 This is the comprehensive guide to playing the Dungeon of Death precon, overseen by Sefris of the Hidden Ways! This guide holds all the useful information needed to pilot Dungeon of Death to victory straight out of the box! 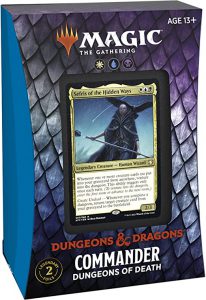 This deck’s overall game plan is to venture into the dungeon continuously by filling its graveyard and to reanimate massive threats that will end the game.

Venturing into the dungeon is an extremely weak mechanic in commander, but Sefris of the Hidden Ways completely offsets this by offering up to four ventures per turn cycle and granting a full-on reanimation upon a dungeon’s completion. For that reason, this deck will mostly be looking to venture into the Lost Mine of Phandelver, since it can be completed in four rooms while also providing more relevant triggers than the Tomb of Annihilation. To trigger Sefris’s venture ability, the deck has plenty of cycling, looting, and creature-based effects.

The biggest strength of this precon comes from its ability to reanimate and potentially loop some of the strongest creatures in the entire format.

The other thing this deck accels at is playing defense.With Sefris out, every chump block triggers a venture, and opponents definitely don’t want that to happen.

With cards to control the board like Plaguecrafter and Hostage Taker, Dungeon of Death can work to keep the board from becoming too threatening, and it also has amazing blockers like Baleful Strix, which is nearly impossible to attack into. There are times it will block, die, and come back right away to draw another card with Sefris.

This deck had potential to be the strongest of the four Adventures in the Forgotten Realms precon decks, but it was intentionally held back in a major way. Dungeon of Death contains zero free repeatable sacrifice outlets, and that ends up being its biggest weakness. It eliminates infinite combo potential with Karmic Guide, Sun Titan, and other recursive creatures, and also makes it tougher to reliably venture four times per turn cycle.

The other glaring weakness of this deck is a noticeable lack of powerful reanimation targets. Dungeon of Death can accrue endless value, but sometimes that isn’t enough to close out a game. It needs more firepower, and relies heavily on finding one of its better creatures like Ashen Rider or Meteor Golem, and on stealing or cloning opposing creatures with cards like Nihiloor, Phantasmal Image, and Hostage Taker.

To really pilot this deck to victory and navigate past its weaknesses, it’s important to know some of the best cards it has access to.

While those cards overperform and work to make up for the deck’s weaknesses, the following cards can mostly function as liabilities.

All in all, Dungeon of Death has a good shell, with powerful value-generating format staples it can lean on to close out games. Keeping its weaknesses in mind and playing to the deck’s strengths will help Dungeon of Death secure many more victories.