How to Play the Undead Unleashed Precon in EDH 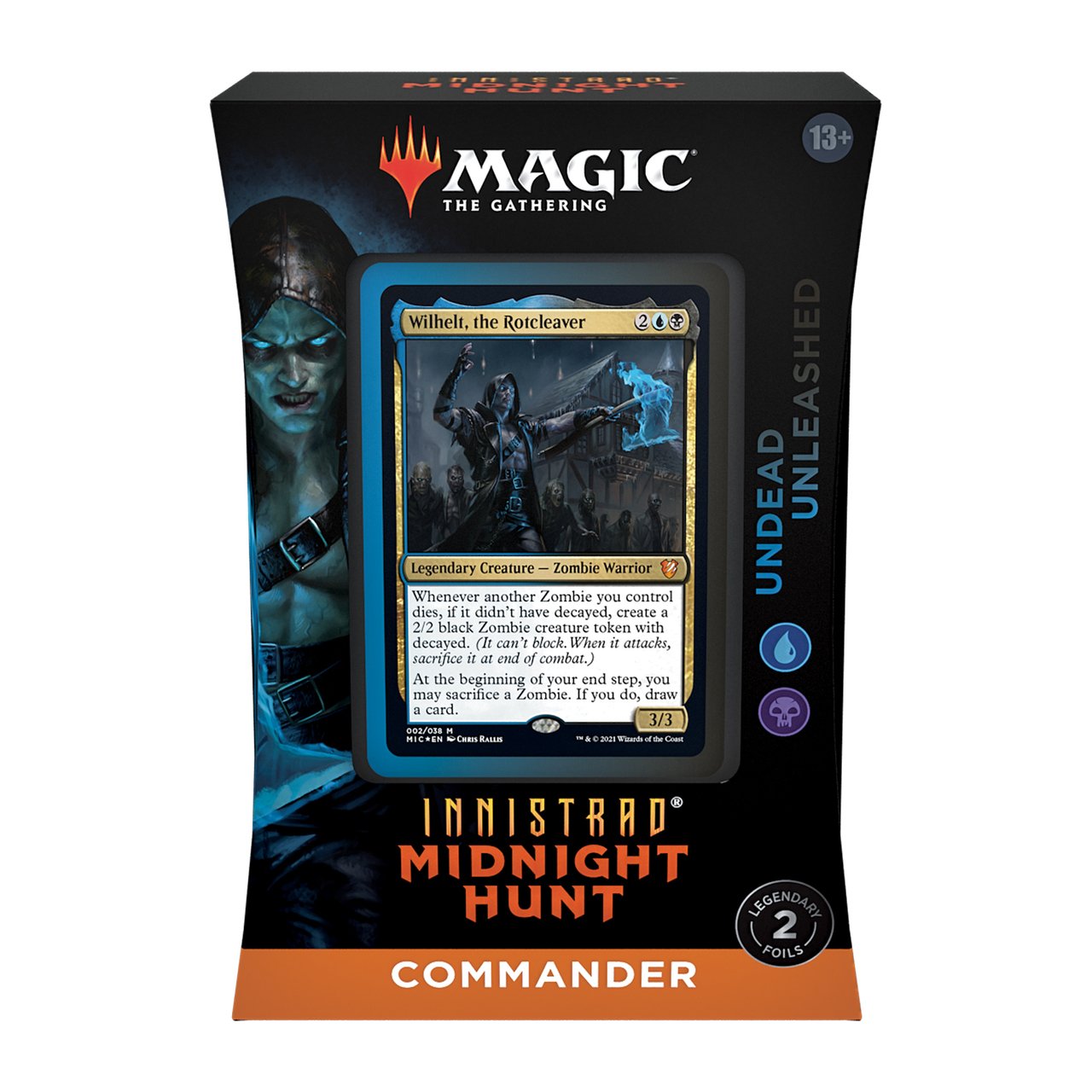 This is the complete guide to piloting the Undead Unleashed precon deck, led by Wilhelt, the Rotcleaver. This guide contains all the secrets to maneuvering the deck to victory straight out of the box! 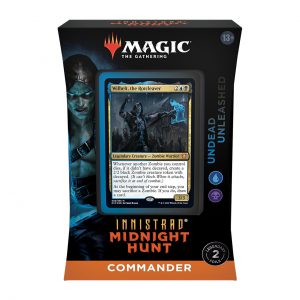 The main strategy that Undead Unleashed is going to employ will be to flood the board with Zombies and close out the game with tribal synergies and payoffs. The deck has a heavy Zombie tribal theme, with about 28 cards in it that provide bonuses to Zombies.

Wilhelt himself supplies a very unique ability to the deck: he gives all Zombies a second life as a Decayed Zombie token. He allows for the repeated sacrificing of Zombies by creating new ones to take their place. This means the deck can expend Zombies more frequently while advancing its game plan and getting Zombie payoffs into play. Wilhelt also draws an extra card each turn, providing access to even more resources for this game plan.

All of this ties into the deck’s primary strength: its Zombie tribal synergies.

The powerful Zombie synergies and high concentration of lord effects are quite good for a precon, but while this deck shows excellent focus on the main game plan and a proficiency at clogging the board with Zombies, several other key pieces of the deck are missing.

The first of those missing pieces is spot removal: removal that lets its controller choose and destroy one specific threat.

The second weakness of this deck, which might not be obvious after the first playthrough, is that it basically cannot sacrifice its own creatures.

Sacrifice outlets are critical for decks that are looking to control death triggers and fill the graveyard. This deck is interested in both objectives, but seems to be almost incapable of pulling off either goal with the cards included in the precon.

Those are some pretty hefty weaknesses of the deck, but knowing them means placing a higher priority on cards that help offset them. Feed the Swarm becomes a premium spell that is saved for an emergency. Cards that mill and draw cards go up in value, since they’re at a higher premium. Here are a few more cards that have inflated value in Undead Unleashed specifically:

Undead Unleashed might struggle with single target removal and sacrificing its creatures, but it’s a powerful Zombie tribal deck that does have ways of lessening the pain felt from these weaknesses. Working around them will help Wilhelt and his army of Zombie tokens score many future game wins!