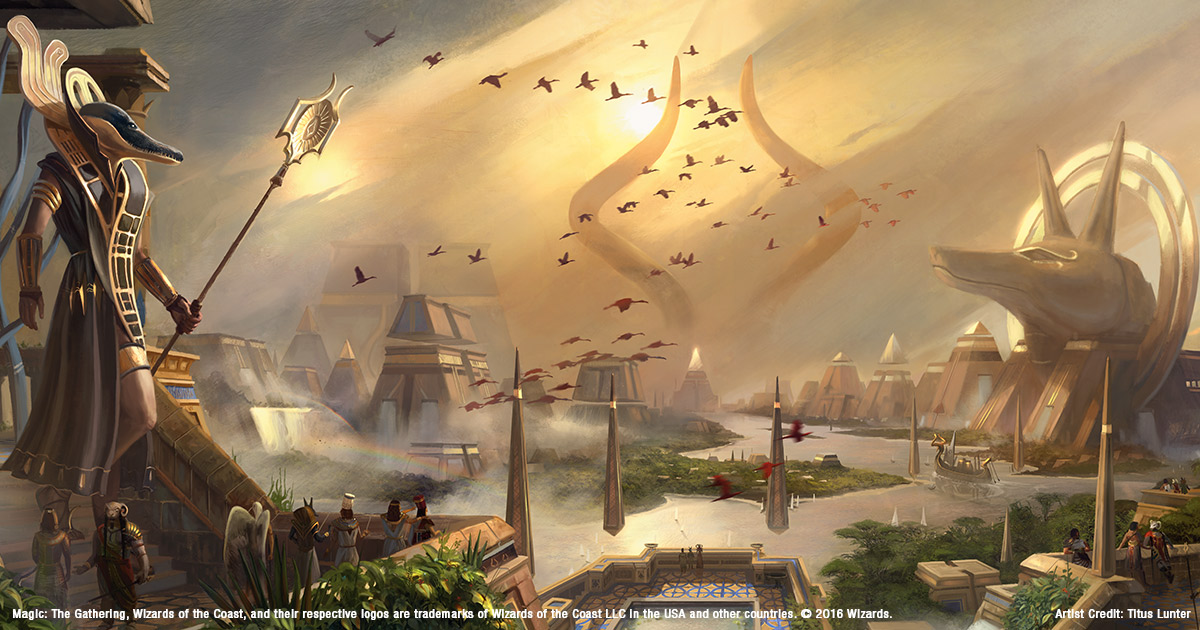 With the release of a new set there comes the inevitable scramble to brew with the latest legendary creatures. For me though, that hype just isn’t there. It takes me a little longer to warm up to the latest and greatest. What I do really enjoy is finding the new cards that go into old decks, and this set is chock-full of cards that make fantastic additions to some pre-existing decks. I’m going to take this article to go over a few of my favorites.

Beatles are the New Black First up is one which I don’t think anyone is surprised about: Nest of Scarabs is a badass addition to a number of decks. My personal choice is for all of the Vhati il-Dal decks out there. This deck already runs cards like Blowfly Infestation (35% of decks), Black Sun's Zenith (56% of decks), and Necroskitter (50% of decks). Nest adds a great way to get more death triggers, and potentially provides you an army to use as your win condition. Right now it seems like the decks big win conditions are just big creatures beatdowns by Lord of Extinction or Pestilence Demon, which, while synergistic, are only one or two creatures. Adding a way to go wide while maintaining synergy is fantastic, and maybe we can use this as a way to cut Puppet Strings, an overcosted untap effect, in a deck with plenty of ways to untap their commander. My next pick in this set is Rags // Riches. This card belongs more to an archetype than a specific deck. All of the theft/steal/pirate decks out there are going to love this card. These decks tend to play like control decks, so the fact that this offers a way to clean up all the awkward utility creatures/tokens that you don’t want to be spending your targeted removal on is a great start. The second effect is a money vote only Expropriate which it turns out is very powerful. The third card is actually two cards I’d like to add to a single deck: Trial of Ambition and Trial of Solidarity. Both of these cards go straight into Daxos the Returned decks. Ambition is a great enchantment-based removal spell, and as I’ve mentioned in previous articles, I really like to have as much of my deck as possible be on-theme. Solidarity is a great overrun effect for all the tokens the deck creates. This allows for an alpha-strike without opening yourself up to being killed by another player on the backswing. I’m not sure that I’d run either of the cartouches since they’re pretty weak effects in multiplayer, but this deck has plenty of built-in ways to reset enchantments with cards like Open the Vaults and Replenish. The Future is Free

The next card on my list is one we knew about early in the spoilers from the Game Day promo (I think?), that’s Oracle's Vault. While this card obviously slots into Atraxa, Praetors' Voice decks, I think the quiet winner here is Vorel of the Hull Clade. This is a deck that silently builds cards with each and every set and this one is no exception. Vault allows a deck that is generally full of expensive, slow cards to cheat into play. Since I mentioned cheating things into play, counters, and As Foretold will also shine in Vorel decks. The only sad thing here is that it uses time counters, which are hard to add to a card without time counters already on it. Even still these two cards are going to get a ton of play, and I think Vorel is the place for it to happen. Finally, I’d like to mention a card that probably won't be part of the 99 in many decks, but one I'm excited to see take over a deck: Neheb, the Worthy. This card finally gives us a (pretty sweet if you ask me) commander to lead our tribal minotaur decks. Looking around for cards like Kragma Warcaller that indicate a tribal strategy, I’d say that Neheb will replace Mogis, God of Slaughter as the leader of this strategy, which is a huge upgrade. Going from a creature that (while he looks like a minotaur) isn’t even a minotaur, and doesn’t cleanly support an aggressive tribal strategy, to a card that just wants to smash face is awesome. For me this is one of the bigger EDH wins of the set. I love seeing under-utilized tribes or strategies getting love from WotC, so this card is a godsend (pun intended).

That’s all for this week. What cards are you excited to see for your current decks? Until next week!