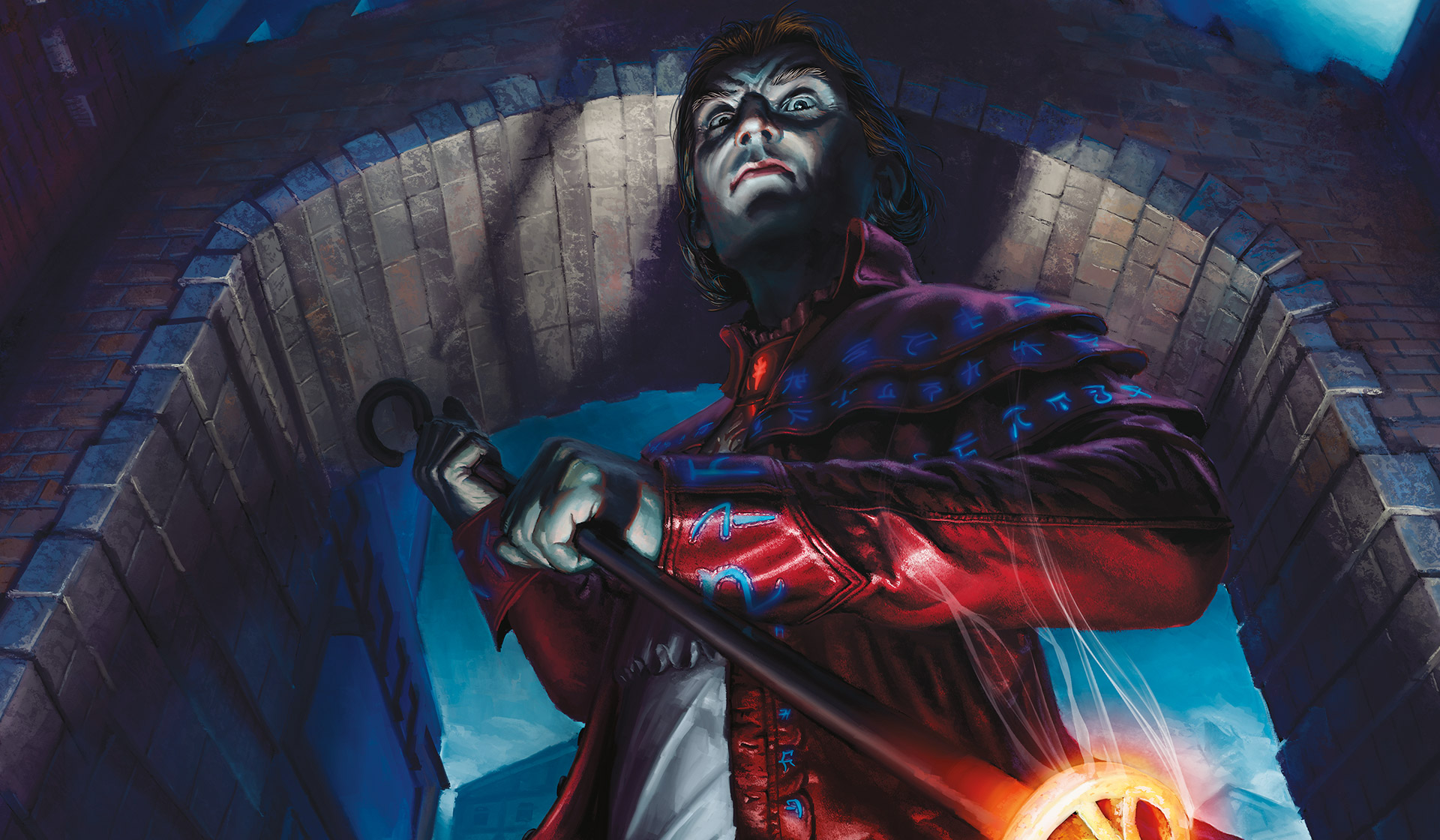 This week I’m dropping the flavorful approach in favor of a more direct contribution. It was a fun experiment and may come back in the future, but for now I just want to talk unhindered about a sweet new card from Commander 2017 (C17). Kess found a way to hold all these spells.

But first just a couple thoughts on the set as a whole: I think there are a lot more sleeper cards in this set than people give it credit. Sure the commanders are sweet. Kess, Dissident Mage is the obvious all-star, finally giving players a pure Grixis control goodstuff spells commander. Mairsil, the Pretender is the new puzzle commander, in the vein of classics like Experiment Kraj (who might be a good inclusion in these decks, by the way) and The Mimeoplasm, finding the most entertaining things to cage with Mairsil hasf the Reddit and mtgsalvation communities buzzing. I think we can all agree that Edgar Markov is the end-all of perfect vampire tribal commanders, and that Taigam, Ojutai Master is going to simultaneously be extremely powerful and extremely boring in its linearity: attack, activate Reconnaissance, cast Time Stretch, profit. Whew-boy that’s some creative deckbuilding right there.

Sarcasm and blatantly obvious commander options aside, one card I’m extremely excited for is Disrupt Decorum. This is like a more fair Insurrection that doesn’t insta-kill one player, but has the massive upside of breaking friendships at the table. Which I’ll talk more about later. Similarly I think Kindred Boon is flying a little under the radar (which is ironic since that person riding a, what’s that, a caribou? Appears to be riding into an aurora which implies they’re flying? I’m kinda lost here, and somehow this represents being indestructible. Ok, sure.) This card does more than combo with Myojin of Cleansing Fire and the other Myojin to allow for easy instant speed repetition of their extremely powerful abilities. It also makes you immune to wrath effects, gives you no fear in combat, and generally messes up opponents’ mental math. I don’t know that this card will be an auto-include in many decks, but I can see the W/x aggressive commanders like Aurelia, the Warleader including it to protect the less disposable parts of their armies. Finally I’d like to mention Parton of the Vein. Yes I realize this isn’t the most exciting card, it’s kinda like a Overseer of the Damned, but the big difference here is that it has Leyline of the Void stapled to it. Exiling graveyards is so underplayed in EDH. I think the major reason is because players like to have the cards in their deck be synergistic and Tormod's Crypt et al are not generally that cohesive with most strategies. Giving more creatures (especially those with other abilities) that have this effect on them is a great way to encourage players to add this to their decks in a synergistic way. I can see this going in decks like Anafenza, the Foremost, where it synergizes with any +1/+1 counter theme the deck may be employing, and can add reach in the late game.

Get On With It!

Alright, enough review. I’m here to talk about my favorite commander from C17, Mathas, Fiend Seeker. Most players look at this guy and say, “oh that’s great in my Queen Marchesa (long may she reign) deck”. But I say that Mathas deserves his own place on the throne (hey I’m already planeswalker non-grata in Paliano, why not double-down?). While Marchesa encourages your opponents to try coming after you, Mathas encourages opponents to go after each other. This is a huge paradigm shift for pillowfort decks. Normally these decks tend to run some game-ending combo after they’ve flooded their opponents with resources or they slowly kill opponents with drain effect enchantments like Palace Siege. Both of these options cause opponents to focus on us. If you’re sitting there not doing anything any opponent with a pulse will keep a weather-eye open for possible combo pieces (no matter how innocuous they may seem). And while you may not be taking large chunks of life away from your opponents with the drain effects, generally people notice you’re doing it, and realize that they can’t let it go unchecked forever. So what do we do? We need to encourage players to attack each other, and the best way to do that is with curses. The most effective curses here are the newest ones. Sadly we don’t have blue for Curse of Verbosity which is one of the biggest incentives, but we can make Curse of Disturbance and Curse of Opulence, pair these with similar Curse of Shallow Graves and the extremely incentivizing Curse of Bloodletting and we’ll convince those on the fence that it’s really in their best favor to get that guy in particular.

If our opponents still have trouble committing we can make that commitment for them with one of the best new non-legendary cards out of C17, Disrupt Decorum. This card has been called a “red Wrath of God” and I think that’s not giving it enough credit. This is like when a roommate takes the last slice of your birthday cake. This is the seed that can open the floodgates. I love this card, if that wasn’t abundantly clear, and I think people underestimate its ability to not only clear the path for killing players, but also the insidious way in which it can completely destroy friendships. To bolster this reverse-pillowfort strategy we should also run the couple other good goad cards in Grenzo, Havoc Raiser and Besmirch. Finally if our opponents are just too tricky we can do away with all decorum and just send them TO THE PIT!!! with Grand Melee. Curse of the Cursing Curse

Finally, a game in which we’ve executed our strategy will eventually come down to just us and the last opponent standing with lots and lots of blood on their hands, the fiend. I say we cut them down slowly, and make sure that we use our superior game-sense to predict who this person will be. Cruel Reality and Torment of Scarabs on them towards the end of the game will ensure that they’re nice and low when we go to finish them off. The benefit of these over more powerful effects like Polluted Bonds or Exsanguinate is that they are not going to piss off the weaker opponents as well. Sure the strong player may be able to ignore these effects while we’re in encouragement mode, but once we can focus our resources on them they’ll eventually fall. Another card I’ve wanted to play for a while but never found a place for is Searing Meditation. This card is perfect because it lets us convert the life we gain off of Mathas’ ability to politics. The damage is small enough that we can point it at players without fear of major retaliation, and it runs double-duty of clearing up utility creatures. Precon Effect in a nutshell.

There are some cards that I’ve left out of the deck. The above image largely sums up why but I want to call a couple out in particular as I think they’re going to get the most attention. First and foremost is Curse of Misfortune. Yes, good eye, this does let me search for for my curses, and it singles out one player to mess with, so why wouldn’t I run it? Well first, space issues. I have so little wiggle room in this list, and there’s still more I want to add, this card just didn’t make the cut. Otherwise, since it doesn’t let me shift who I’m targeting as the political landscape of the game changes, I don’t want to get stuck targeting the “wrong” player. I also don’t like that this has to wait for the beginning of MY upkeep to trigger, I’d just rather have any one of the curses right then and there, or if I want specific curses for people I have tutors to get them which essentially work the same in that I have to wait if I don’t have the mana, but have the added benefit of being possible to cast if I do have the mana right there. Additionally we want to make sure that our opponents all have reasons to attack each other. If we're stacking all our curses on one player, that player will want to go after us. This is the reason I've also chosen to eschew Curse of Thirst. Don't want to play favorites (or least favorites?) here.

Curse of Oblivion, Curse of Exhaustion,. and Curse of Death’s Hold are all cards that I think suffer from being not effective enough. First, they don’t add to encouraging players to attack anyone but me, they just hurt one person. Second, I think that, while this is a curses deck, it’s more of an enchantress deck, and if I want to get cards out of the graveyard, stop people from going off with multiple spells, or kill creatures there are better enchantments to do that with (see: Rest in Peace, Rule of Law, and Planar Collapse or Spreading Plague depending what your needs are). It’s just a simple matter of efficiency in EDH and in a deck where a lot of our cards are all essentially one-use (with only a little recursion) we need maximum value from spells.

That all being said here’s the decklist. I’ve tried to give it just enough removal that we can cash in bounties if we don’t have willing opponents, while including maximum friend-breaking:

That’s all for this time, let me know what you think of the reverse-pillowfort in the comments. Have you brewed with the new commanders? Got something other than the obvious, I’d love to see what you’re brewing up.