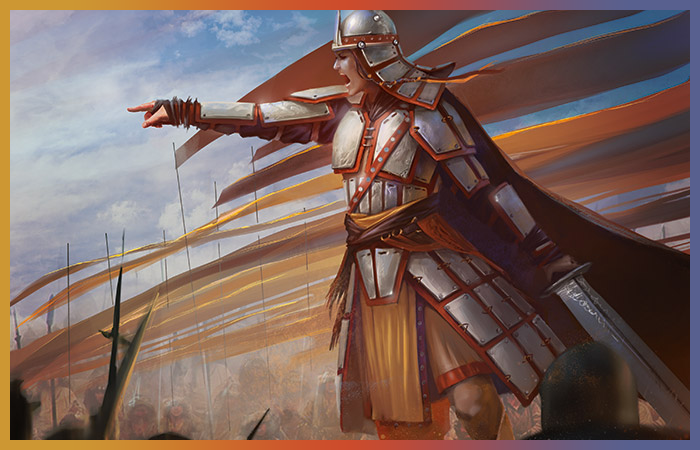 My love of the cycling mechanic is well-documented. How well-documented? Well, I mentioned it at least once, in the cycling subsection of my Hapatra article. What? That's not enough documentation for you? Fine! Then I'll make an entire list based around cycling, and I'll base it on one of my favorite Commander decks: Alesha Cycling!

Committing strongly to a theme is an excellent strategy for budget deckbuilding. Oftentimes, it allows us to use cards that might be thought of as subpar or suboptimal, but are greater than the sum of their parts when brought together. I might argue that cycling is the best example of this: thanks to Amonkhet and the forthcoming Hour of Devastation, we'll have four blocks worth of cards with cycling and cycling-matters effects. Also, with the notable exception of the recently-bought-out Fluctuator, all of these cycling cards are quite inexpensive.

With the cycling mechanic appearing frequently in all five colors, why build with Alesha? Because, dear reader, this is going to be a Cycling Reanimator deck. Our Plan A has us pitching creature after creature into our graveyard until we dig up a spell to spontaneously bring them all back to life. We'll insert some other cycling and Alesha strategies into our deck list as well. 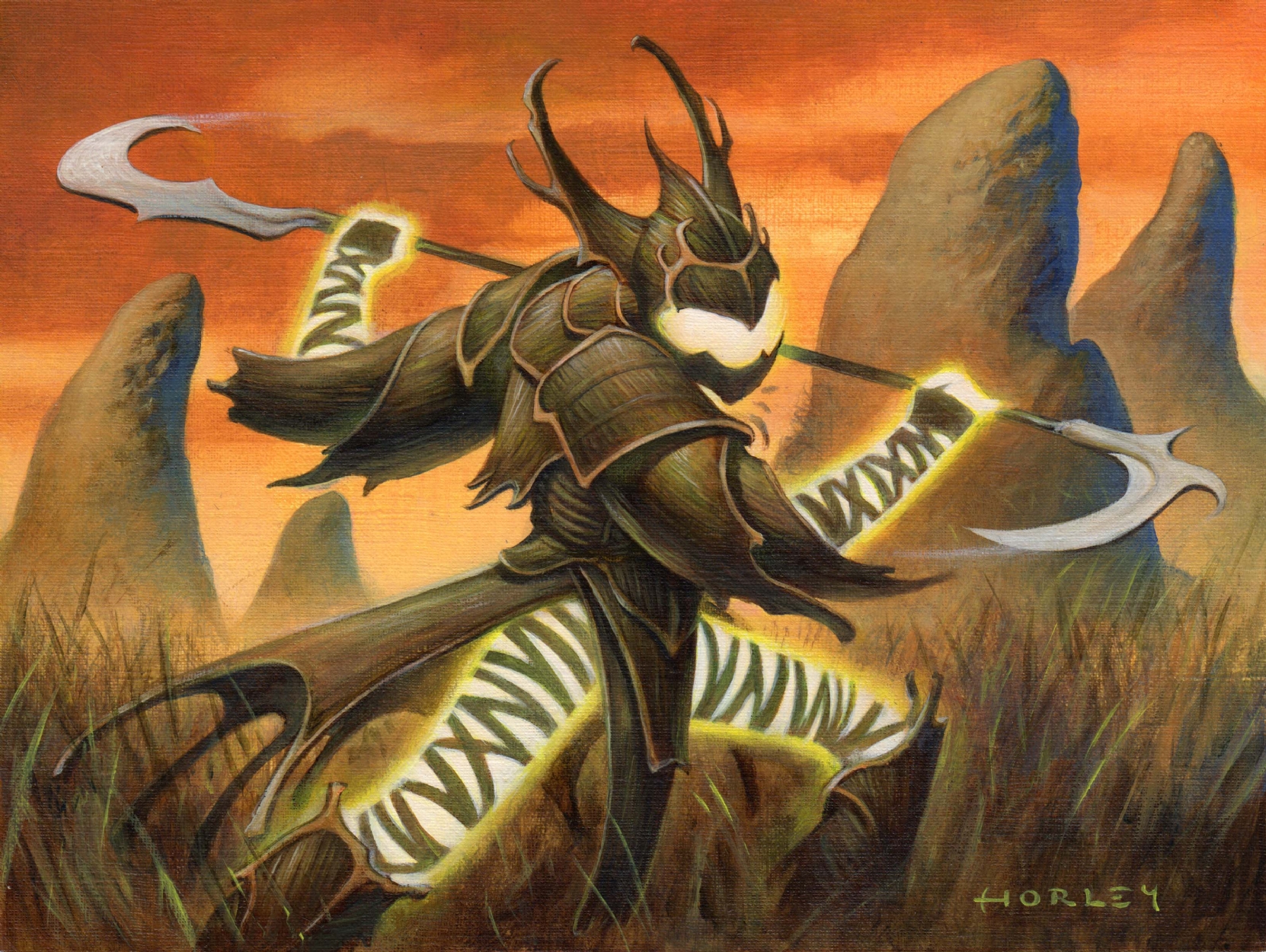 We need a great many creatures with cycling to reach a critical mass of creatures for reanimation. There exists a cycle (a cycling cycle, if you will) of creatures that pitch for a basic land type: Chartooth Cougar, Noble Templar, and Twisted Abomination. In a deck with a slightly higher budget, those landcycling effects pair well with "shocklands" (e.g. Blood Crypt) and "tangolands" (e.g. Smoldering Marsh). If nothing else, our deck will include Canyon Slough as a thematic land.

I'm including three cards capable of mass reanimation: Twilight's Call, Living Death, and Grimoire of the Dead. Living Death doubles as a boardwipe, and will be especially effective when combined with graveyard hate like Bojuka Bog or Scarab Feast. Grimoire of the Dead, while slow to reach critical mass, lets us discard creatures for Alesha to pull back on her own.

Slide to the Left A board full of creatures isn't the only way for our deck to win: there exist numerous cards that reward us just for the act of cycling. Perhaps the most powerful among them is Astral Slide. I've had opponents underestimate the versatility of this enchantment, and they soon regretted it. It staves off voltron commanders, it kills creature tokens, and it reuses our enter-the-battlefield effects, which we normally would repeat by using Alesha.

You might remember Archfiend of Ifnir from last week's article: he'll shrink and eventually remove our opponents' creatures. Both Lightning Rift and Faith of the Devoted can grind our opponents down, though I tend to use the former mostly for creature spot removal. While not a card that explicitly calls out cycling, Spirit Cairn plays well with our strategies, whether we want tokens for attacking or just for Skullclamp food.

Our dominant themes of cycling and reanimation only rarely intersect at our commander. Alesha interacts periodically with small creatures, while our reanimation effects aim to summon numerous large creatures. Furthermore, almost none of the cycling creatures have useful enter-the-battlefield abilities. As a result, I want to include a few creatures to interact with Alesha, which still plays into a broader reanimation strategy, and makes the deck more flexible in 1v1 scenarios. Anarchist is useful to rebuy reanimation spells or removal: at worst, we cycle a card again. Duergar Hedge-Mage provides removal that, if repeated, will frequently devastate artifact or enchantment decks. Viscera Seer is a critical sacrifice outlet for reusing creatures, or sacrificing all of our creatures prior to a Living Death.

Flayer of the Hatebound and Warstorm Surge play two different-but-useful roles depending on the situation: when we rely primarily on Alesha, we have spot creature removal or a method of whittling away at an opponent's life total. When we mass-reanimate, we might kill an opponent outright. It has been far too long since I last discussed toolboxing. What's that? It's only been two articles? Yes, like I said, too long! First up: our land toolbox with Expedition Map. At base, a cycling deck tends towards numerous nonbasic lands, because having cycling on our lands (see: Secluded Steppe, Ash Barrens) is excellent. I've included a nice selection of other toolbox lands: black staple Bojuka Bog for graveyard hate, High Market for a sac outlet, Geier Reach Sanitarium to discard reanimation targets, Hanweir Battlements to grant haste, and Rogue's Passage to help Alesha connect.

In collecting cycling cards to act as removal, I found a handful of instants that could be fetched with Sunforger, so I built a small Sunforger package into our deck. Forsake the Worldly deals with artifacts and enchantments, for example, and Radiant's Judgment removes a subset of problematic creatures. I added an Utter End– say that ten times fast– as a removal catch-all.

The Sideways Strat – Lock and Cycle

Some of my 1v1 Alesha successes have come on the back of... not particularly fun lines of play. Like, say, repeated Avalanche Riders until my opponent was no longer in the game. If you're interested in committing to the grindier side of Magic, I envision a tweaked version of this list, perhaps with an increased emphasis on Astral Slide to flicker cards like Avalanche Riders, Duplicant, Nekrataal, and Sin Collector. Even without Astral Slide, Alesha and a sac outlet can make these effects repeatable. Those wishing to utilize Astral Slide may also consider Zur the Enchanter and his cycling-themed decks.

The cycle of affordable decks stretches on! Alesha cycling checks out for $50.00 by TCG Mid pricing. I hope you appreciated my continued fangirling over the cycling mechanic. Have a killer cycling deck of your own? Want to lodge a complaint about your friend who locked you down with Astral Slide? I can be conveniently contacted via Tumblr, Twitter, or email. Until next we meet, enjoy your time browsing the Low Market.