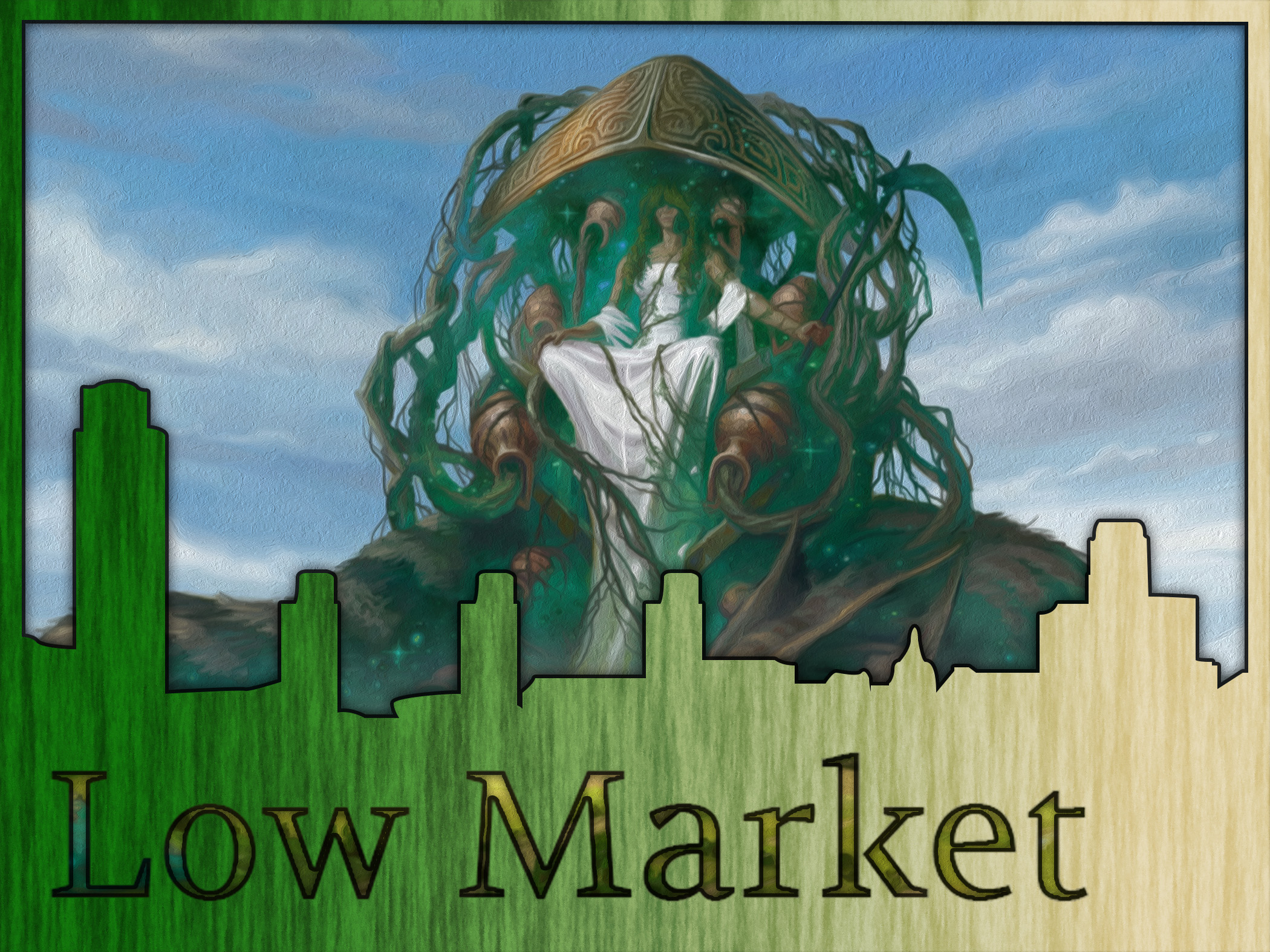 Hopefully I don't sound like a broken record when I tell you that I love building packages (i.e. groups of related cards that can be searched for by a central card) in Commander. "Really Bryce," some of you might say, "I didn't catch on to that when you built two decks with Curse packages. Or when you built three decks with Trinket Mage packages in them."

That's all well and good, but today we're taking packages to the next level. Since its release in Hour of Devastation, I've wanted to build around Uncage the Menagerie, which is most effective when we carefully monitor the converted mana costs of our various creatures. With Uncage in mind, I looked to other prominent cards that synergize with well-engineered mana curves: former Modern boogeyman Birthing Pod, Pod's little sibling Eldritch Evolution, or that lover of utility creatures Woodland Bellower. To utilize these cards, I needed a commander that was at least green, cared about creatures, and ideally, could help us ramp. Karametra, God of Harvests fulfilled all of these needs. To put this deck together, I took a much different angle than the usual categorical-breakdown-of-needs. Instead, I looked at creatures of progressively larger converted mana costs and selected the best ones to build our curve. Let's step through each stop in that process and see what kind of budget deck we can craft!

In many formats, ramp is king, and Commander is no exception. We have two "mana dorks": Elvish Mystic and Avacyn's Pilgrim, who generates white mana instead of green. This low in the curve we can find powerful effects but usually with some additional cost. Caustic Caterpillar is one of those, and it begins the trend of having removal all throughout our curve. Ulvenwald Tracker can provide repeatable, instant-speed removal so long as we have a decent creature. Sylvan Safekeeper exchanges land for creature protection. This deck isn't as well-suited for him as a Titania, Protector of Argoth deck is, but Karametra means we won't be hurting for lands if we have a win condition to protect.

As we progress further in the creature curve, you will see time and time again how we're building to keep our options open. It's not often that we'll cast Uncage the Menagerie with X = 1, but if we find ourselves pressed to do so, there are plenty of useful targets.

This spot in the curve has a couple of great Karametra staples. Elvish Visionary and Wall of Blossoms are straightforward creatures that draw a card upon entry (and get us a land if our commander is out). Whitemane Lion is, I would argue, Karametra's best card. If unanswered, we can repeatedly cast it and return it to our hand, fetching a land for every two mana we have. Better still, at least three of our curve-based creature tutors can search it up. Oh, and we have artifact/enchantment removal through Qasali Pridemage.

This section feels like coming home. In addition to being the place where Woodland Bellower hits maximum effectiveness, it's also where we find the majority of staple green utility creatures. In a less budget-conscious deck, I would put in Eternal Witness, but to maintain our bottom line, I've replaced it with the slightly-more-political Skullwinder. Loaming Shaman brings that all-important graveyard hate for counteracting recursion-heavy decks. Thanks to her rotation from Standard, card draw engine Tireless Tracker is much cheaper, and a no-brainer for our deck.

At this section of curve lives another card that cares about curves: Yisan, the Wanderer Bard, an excellent commander in his own right. There's another Karametra staple, Stonecloaker, whose niche is similar to Whitemane Lion but with a side of graveyard hate. Oh, and we have artifact/enchantment removal through Reclamation Sage.

My favorite card at CMC four loops us back to the beginning: Ranger of Eos searches our library for two creatures with converted mana cost one or less, reaffirming the usefulness of options low in our curve. I included Felidar Guardian for its ability to reuse any other enter-the-battlefield effect we have knocking around. No artifact/enchantment removal this time around, though.

Just kidding! We have (repeatable!) artifact/enchantment removal through Nullmage Shepherd.

This is the lightest part of our curve, and could probably serve to be beefed up. This issue is made slightly less problematic by our commander being five mana: if we have enough devotion for Karametra to be a creature, then we can sacrifice her to Birthing Pod or Eldritch Evolution and keep tearing through our curve. There are two other CMC five creatures here. The first is Baru, Fist of Krosa. With enough random utility creatures on our field, a couple Karametra triggers could let us kill a player. Lastly, we have artifact/enchantment/land removal through Acidic Slime.

At long last, the upper echelon of our curve (save for our solitary seven-drop, Emeria Shepherd.) In a deck with so much land-ramp potential, our CMC six friends Baloth Woodcrasher, Rampaging Baloths, and to a lesser extent Ulvenwald Hydra are all potential win conditions. Two staple card advantage engines live here too: Soul of the Harvest and Primordial Sage. Our friend Sunblast Angel acts as a partial creature board wipe. And then... wait for it...

We have (mass) artifact/enchantment removal through Bane of Progress.

For the curious: no, I did not design this deck with intent to make a stupid parallel structure joke about removal. But who would I be if I wasted such an opportunity? Before we check out with the deck, here's the full creature curve, listed by converted mana cost.

Our careful curving can be only matched by our careful budgeting: this deck goes for about $60.00 according to TCG Mid prices. I encourage readers to comb through the full decklists to examine some of the excellent noncreature cards that we didn't have time to discuss. For the deck on Tapped Out, check out this link. Questions for me? Find me on Twitter, or shoot me an email. And, until next we meet, enjoy your time browsing the Low Market.