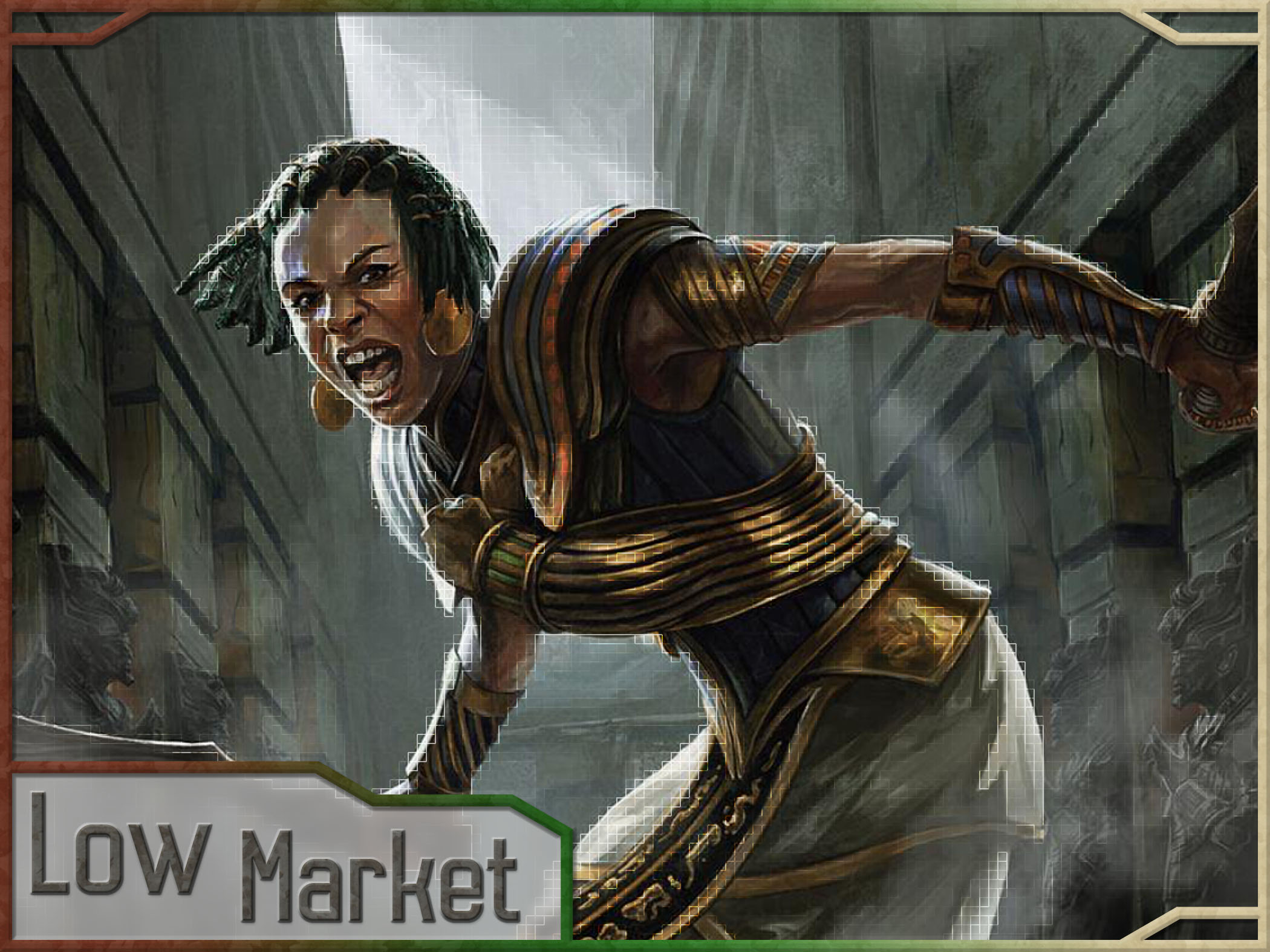 Hit Me With Your Best Shot

Welcome to the first Low Market of the new year! We've got a fresh coat of paint, a renewed sense of purpose, and the same commitment to budget deckbuilding.

Here on Low Market, we have an impressive track record of building tribal decks. And for good reason! Tribal decks are full of strong synergies between cards that aren't universally good enough to be expensive staples. Priest of Titania is an absolute house in Elf tribal decks, but it's (almost) completely useless outside of them. Even with Elf tribal being the third most popular tribal deck to build, Priest of Titania commands a measley $2.00 price tag.

Today's deck is inspired by a particular tribal card. Said card is the only card that references its tribe. Have you ever heard of Greatbow Doyen? That's right everybody: we're going all in on Archer Tribal. We may not have a vast selection of Archer Tribal cards to take advantage of, but we benefit from the clear mechanical unity of Magic's archers, so grab your bows and prepare to fire!

As with any extraordinarily janky deck concept, our first task is to decide on our commander. Greatbow Doyen starts us off in at least green, which is also the color with the most Archers. White comes in second, followed by red, with a tiny handful of Archers in black or blue. Thus, to maximize our Archer options, I'm primarily considering Selesnya (green-white) or Naya (green-white-red). Believe it or not, there is a legendary creature who fits this description: Lady Caleria, all the way from Legends. That said, I'm not willing to spend seven mana on an effect our creatures already provide, and nor do I feel like overcoming my burning hatred for the set Legends. Moving into Naya, there are remarkably many options that fit our strategy in one way or another. There's the ever-popular Marath, Will of the Wild, who is fond of dealing damage to creatures or players. Similarly, the brand-new Zacama, Primal Calamity can spew out targeted damage, with the bonus of a massive body and other useful activated abilities. Heck, if we manage to look back at Legends (twitch), the card Johan essentially grants our creatures vigilance, allowing them to attack and use their tap abilities in the same turn.

While any one of those could function as our commander, I'm going with Samut, Voice of Dissent. The vast majority of Archers have tap abilities to deal damage, meaning that both Samut's haste effect and her untap effect can be put to good use. What's more, Samut is a pretty solid creature herself, and having a powerful creature in the command zone might help offset how hilariously janky our deck is going to be.

Very few cards can efficiently and/or repeatably grant flying to our opponents' creatures. The best that I've found is Predator, Flagship, which would normally be used to throw an enemy skyward so that its second ability can shoot it right down. Luckily, we have more means of using our Archers in white, as red can effciently force creatures to attack, and green can efficiently force creatures to block. Grand Melee puts us in control of everyone's combat step: if we don't want to block with an archer, we can simply tap it. Meanwhile, we rain damage down to maximize the number of dead creatures. Fumiko the Lowblood creates a similar situation, while acting as a scarily-efficient blocker. My favorite card for forced blocks is Nacatl War-Pride: it turns every available blocker into a prospective Archer target, and we can prioritize protecting the original War-Pride.

I do love me my janky strategies, but if you'd like a deck in this style with fewer hoops to jump through, look towards traditional red "pingers" like Vithian Stinger, Vulshok Sorcerer, and Cunning Sparkmage. You may lose the (adorable) utility of Greatbow Doyen damaging both creatures and players simultaneously, but you need no additional effects to make your creatures' abilities usable.

The year may be new, but the price points aren't: our deck checks out for approximately $55.00 according to TCG Mid prices. For this week's list on TappedOut, check out this link. Do you have suggestions for improving this ridiculously impractical deck? Do you have your own archer jank to show off? Find me on Twitter, or shoot me an email. And, until next we meet, enjoy your time browsing the Low Market.