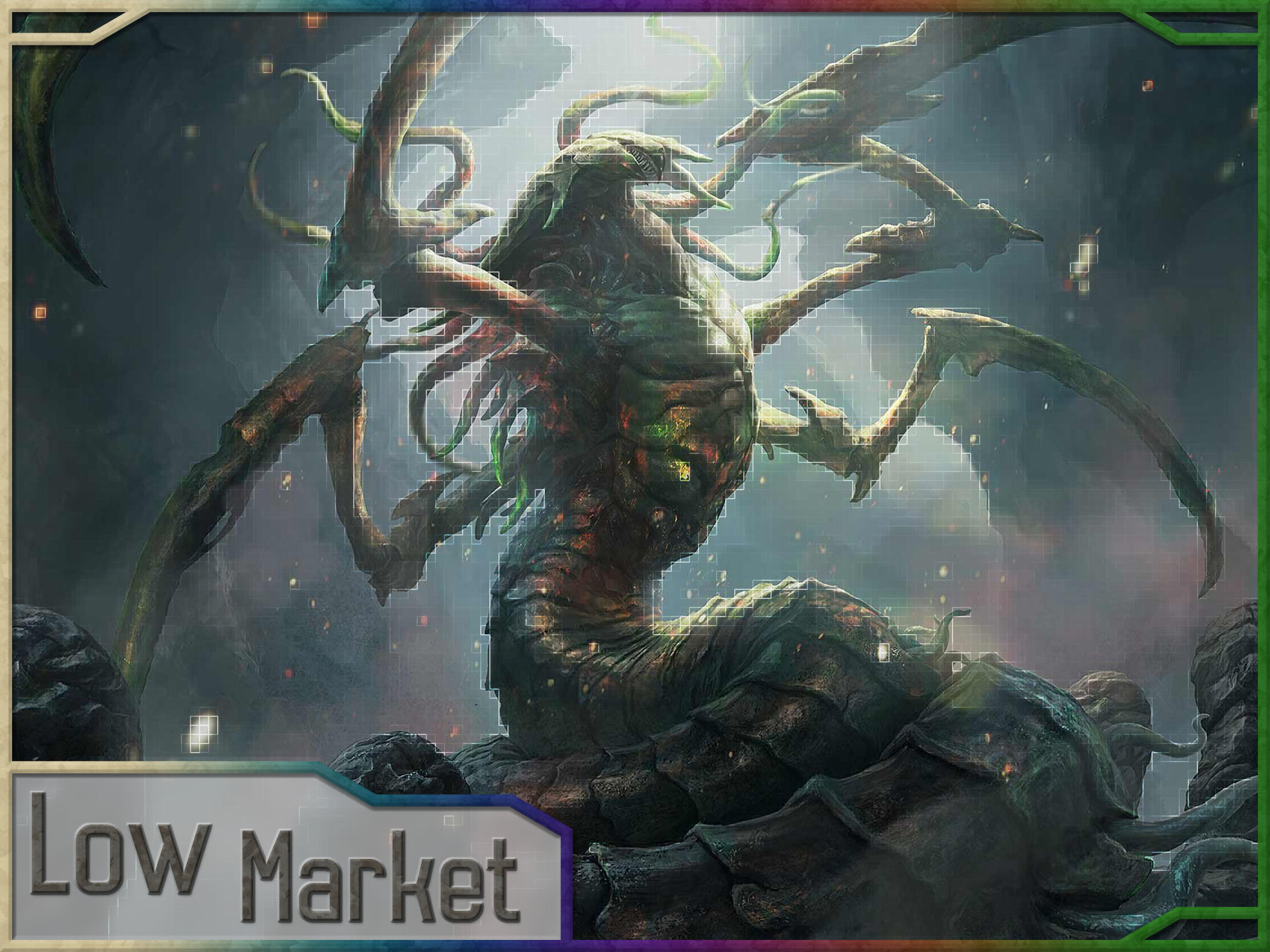 Hello everyone, and welcome back to Low Market, an EDHREC budget deckbuilding column. Before we move on to today's main event, an announcement: at least for the foreseeable future, this will be the final installment of Low Market.

That said, I'm one who prefers to go out with a bang, not a whimper. I asked myself, "Bryce, what is the Bryciest budget deck you could possibly make?" My mind turned to a personal project, one inspired by this Reddit user. In short, they built a Zurgo Bellstriker deck that contained only commons, and had to earn higher-rarity cards through kills. To me, this sounded like a delightful opportunity to marry quasi-RPG progression with one of my favorite games, so I pondered on what deck I could build for myself. I will spare you the meandering personal story, and tell you that I decided on a deliciously sideways Sliver Hivelord deck. When most people see a five-color Sliver in the command zone, they (usually correctly) assume a Sliver tribal deck. But we're here to subvert expectations and chew bubblegum– and we're all out of bubble gum. This Hivelord deck is, principly, a voltron deck featuring my favorite cycle of auras, what I refer to as the [Blank] of the [Blank] cycle. I have termed this Commander subformat, "Ascension". An important, personal element of Ascension is determining what exactly what your deck can "earn", and how many player kills it takes you to get there. As an example, here's what my Hivelord progression looks like:

As your card pool grows, consider how your deck's strategy will evolve. At Common-tier, Hivelord will go all-in on voltron: after all, we have a five-color commander with built-in protection who can take advantage of every [Blank] of the [Blank] aura. At Uncommon-tier, we'll improve our removal suite and take on numerous modal spells (such as Charms). With access to Rares, we can insert a combo kill with former would-be Standard bogeyman, Jeskai Ascendancy. Finally, while Mythic will add very few cards, one of them (Conflux) will push our deck's flexibility to the limit.

Voltron strategies–that is, trying to kill opponents with one really big creature—are pretty straightforward. Simpler still, we already know ten of the enchantments that form our main event. Central as auras are to our game plan, Heliod's Pilgrim is a no-brainer, as it searches our library for an aura.

I've included most of the Eidolon cycle from Dissension, as a means to make our mediocre card draw a bit less mediocre. The Eidolons return to your hand whenever you cast a multicolored spell; since our deck casts so many multicolored spells, we can essentially turn "draw then discard" effects into straight-up draw. Our initial deck costs a mere $33.00, even with our $10.00 commander. For the TappedOut inclined, check out this link.

One of the biggest benefits of the jump to uncommons is a more reliable landbase. The trilands (Seaside Citadel et al) are by no means the fastest form of mana-fixing, but at least they allow our lands to provide more colors of mana without having to always jump through hoops with ramp spells or mana rocks.

This tier grants us access to highly-flexible spells via the Charms. Charms are always modal spells, always provide three options, and are very often multicolored. Using these versatile cards is also motivated by a card I love so much that I decided to make it a tier all on its own: Sunforger. If we can hold on to our Sunforger, we will have the removal and card advantage to contend with nearly any situation.

With the addition of uncommons, this deck runs us $41.00. You can view it on TappedOut here.

This is the point where our strategy really begins to diversify. Our voltron path remains largely the same, but Jeskai Ascendancy, a card once thought to be Modern-banworthy, lets us surprise our opponents with a combo kill. In the traditional constructed list, we would drop a Birds of Paradise on turn 1, the Ascendancy on turn 2, and begin casting one-mana draw spells on turn 3 that untap our Birds. With our deck's focus on multicolored cards, I've replaced the Birds with more on-theme mana dorks, like Knotvine Mystic and Kiora's Follower.

Once we start digging through our deck by casting noncreature spells, we have a couple of possible conclusions. If we hit one of the previously-mentioned Eidolons, we start generating pure card advantage by repeatedly discarding it. With a damage source like Lobber Crew (plus a haste-enabler), we machine-gun down our opponents. Lastly, enough spells cast along with one evasive effect will make our creatures big enough to one-shot a player thanks to the +1/+1 effects from Jeskai Ascendancy.

Through careful application of budget rares, this tier runs us the low low price of $50.00 by TCG Mid pricing. As before, here is the list on TappedOut.

There are but two cards I am adding at the mythic tier. First, there's Chromanticore, mostly because it's an adorable voltron pet card. More importantly, I'm slotting in notorious five-color tutor Conflux. As colorful as our deck is, Conflux allows for many interesting combinations of cards. To my eye, the two most important combos are: 1.) a voltron kill, and 2.) a combo kill. For the former, we fetch some variation of Might of the Nephilim, Psychotic Fury, and Boros Charm, plus some counterspell backup. For the latter, we snag Jeskai Ascendancy, two mana dorks, an Eidolon, and likely a draw spell to get us going.

For those curious about the final product– that is, my eventual goal of an all foil deck– it would cost a little south of $200. Here is that list on TappedOut, with mythics included.

It has been a pleasure drafting budget decks with you over the past year. While this is a form of an end for Low Market, I will still be accessible and producing content! You are always welcome to find me on Twitter, or to tune in to the Talking Atlas podcast.

One day, I may return here. But, until next we meet, enjoy your time browsing the Low Market.