Low Market — The Times, They Are A' Changeling 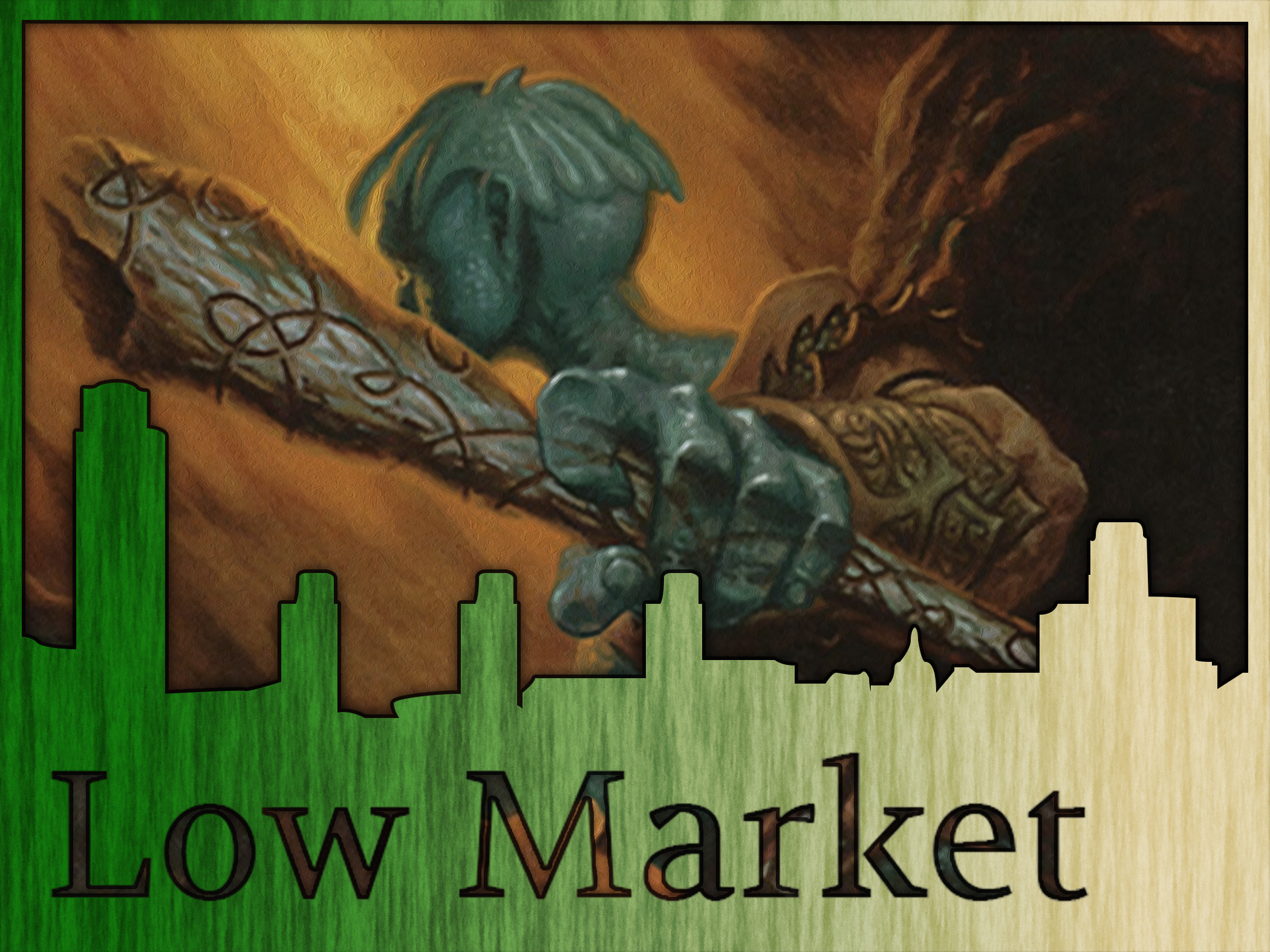 Welcome back folks to Low Market: bringing you budget Commander decks on EDHREC since 1993 2000 2017! This week, we're breaking down borders. Silver borders. At time of writing, we're smack-dab in the middle of spoiler season for Unstable, the first Magic joke set in 13 long years. The set is only partially spoiled, and already we are beset with humorous cards and novel mechanics.

A new Un-set presents a curious dilemma for Commander players. Unstable, like Unhinged and Unglued before it, is silver-bordered instead of the usual black (or, shudders, the retired white) borders. Silver-bordered cards are not legal in any format, which also means they are not legal in Commander. At the same time, Commander is a heavily social format, with playgroups often making custom rules and allowances amongst themselves. What do you do when a player wants to use a deck full of silver-bordered cards, or a deck headed by a silver-border commander? Do you respond in the same manner as you would when someone asks to use a deck headed by Ink-Treader Nephilim, a creature popularly "house-ruled" to be Legendary? It comes down to the same solution as nearly any other topic within a playgroup: communication. Speak to your fellow players and friends. Interested in building a deck with a technically-illegal commander? Ask them! Unsure of whether to allow silver-bordered cards in players' decks? Talk about it! Your desires, and the desires of those around you, are not going to be the same as every other EDH playgroup in existence, so find solutions that work for the plural you.

For example, in my own playgroup, I plan to suggest a three-tiered system for silver-bordered Commander. The uppermost tier is a plain old game of Commander: everyone sits down at a table with only black-bordered cards (and maybe some house-ruled commanders like Ink-Treader). The middle tier is a deck with a silver-bordered commander but a deck of only black-bordered cards. In this tier, the player asks permission of the other players to play this deck. The final tier is a game of Commander where everyone has agreed that all-bets-are-off, silver borders will run free, and it's going to be a ridiculous game.

Speaking of silver-border commanders, aren't we here for a budget deck? In celebration of Unstable, we have a middle-tier (i.e. no silver borders in the 99) multi-tribal themed deck for Dr. Julius Jumblemorph!

The Times, They Are A'Changeling

Tribal is an extraordinarily popular theme in Commander. This is a well-established fact. Y'know what's less established? A deck full of cards that have all creature types (like our commander), and effects that grant abilities to creatures of a given type. I've more often seen this concept attempted in five colors, where you can play all of the creatures with Changeling plus a solid chunk of the Mistform cards from Onslaught block, but I think we can pull it off in two colors. We don't get many Changelings, but we do get two of the best: Mirror Entity and Chameleon Colossus. With a little more digging, we find one or two additional non-Changeling cards that support the theme (such as Mirror of the Forebears).

To raise our jumblemorphed creatures to the next level, I went off in search of as many creature-type focused effects as humanly (creature type jokes!) possible. Seeing as Slivers are a tribe characterized by sharing their abilities with other Slivers, the largest bulk of them are Slivers. Gemhide Sliver and Manaweft Sliver are nearly-identical early-game accelerants, while Bonescythe Sliver helps us close out the late-game. In case we stumble upon a hand with no Changelings in sight, we can use Time Spiral block weird sideboard tech Hive Stone to make all of our creatures who aren't already Slivers, Slivers.

The majority of our tribal-focused cards are spread across numerous creatures types. A handful of Spirits serve to provide recursion through the Soulshift mechanic, which lets us recur Spirits (which, in most cases, will be our Changelings). This deck is filled to bursting with ramp and cost-reduction effects, one of the best examples being Elvish Archdruid, who won't scale as ridiculously fast as he would in an Elf-focused deck, but who should still be a solid turn-three play. When we need to increase our density of Changelings, one of the Harbingers (like Kithkin Harbinger) has us covered. When my searches for tribal-focused cards reminded me of Tallowisp, I knew that I had to incorporate it into our deck. We have a handful of auras with Enchant Creature, most of which are removal-focused, whether by temporary-pacification or permanent removal (Weight of Conscience). Battle Mastery is here when we need to start hitting our opponents a bit harder, and we have Aspect of the Mongoose as protection, on an Aura that defies the card disadvantage inherent to Auras.

Unstable spoilers continue to delight and impress, and I hope you're all enjoying them as much as I am. This set has already asked such strange deckbuilding questions of me, and I look forward to further deckbuilding challenges to come. For the sharing-inclined, here's the decklist on TappedOut. Want to suggest other deck ideas for Dr. Jumblemorph? Want to give another silver-bordered Legend the Low Market treatment? Find me on Twitter, or shoot me an email. And, until next we meet, enjoy your time browsing the Low Market.