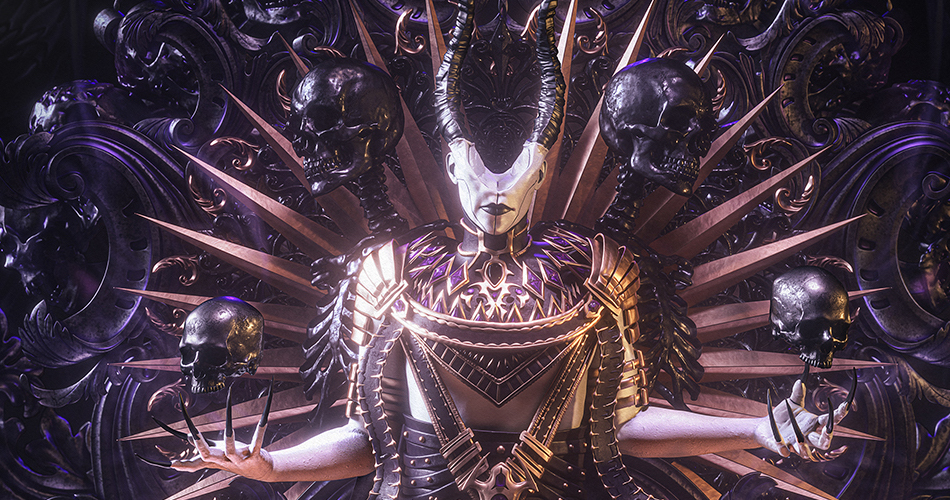 Welcome back to Mechanically Minded, the article series where we build EDH decks around specific mechanics. Today we’re working on Steve McQueen's favorite mechanic: Escape. You know, because of the movie The Great Escape starring Steve McQueen? The one Rick Dalton almost starred in? Ah, never mind. Early 60s film references just don't work like they used to.

Escape is somewhere between Amonkhet’s Embalm and flashback: you pay a mana cost and exile anywhere between two and five cards to cast the card from your graveyard. However, unlike other cast-from-the-graveyard mechanics, Escape can be used multiple times (sort of like a hanky). Escape made its debut in Theros Beyond Death, but you can see its origins in Core Set 2019's Bone Dragon (and probably several older cards I'm not aware of).

Like most EDH players, I begin my decks with the commander. And, since we’re building around a mechanic, I’d like to have that mechanic printed on said commander. That leaves us with two options, Option A, or Option B:

I think the choice is clear between these two options: though Kroxa costs one mana less on the front end, it’s not nearly as rewarding as Uro. Sure, Kroxa takes a card from all opponents rather than collecting one for yourself, but that will draw far more hate than Uro. Also, Kroxa has a confusing double negative: “each opponent who didn't discard a nonland card.” Huh?

So, like most Standard players of today, we'll take Uro for a spin.

For starters, let's take a gander at Uro’s commander page and scroll down to the High Synergy Cards section. Here are a few that catch my eye:

I’m sure you’re already seeing the theme here. If we want to build around Uro’s Escape mechanic, we’ll need lots of self-mill. These three cards help ensure that there are plenty of cards in the bin for Uro to feast on. A few others:

Altar of Dementia works really well with Uro. When you cast it from the command zone, you may sacrifice it to the Altar in response to the sacrifice trigger to get six extra cards into your graveyard (which is conveniently more than enough to fuel Escape on the following turn). Alternatively, you can set up a value loop by saccing Uro to the Altar and Escaping it again and again.

Golgari Grave-Troll Dredges enough cards to Escape our commander, plus offers an often beefy body. Just be careful not to exile too many creatures if you have this fellow in your 99.

Finally, Tamiyo gets you very close to the five card Escape threshold with her +1. She also helps you dig for whatever card you’re looking for at the time. Plus, I’ve found that her static ability randomly hoses other decks, especially those cruel individuals who run Annihilator cards. (If Joffrey Baratheon played Magic, he'd run Annihilator cards.)

Since we’re going hard on Escape, let’s apply the Self-Mill Theme to Uro and see what we find.

Emry is like Baltimore Raven's quarterback Lamar Jackson: best when you build your team (or in this case, deck) around her. If you opt for Emry, I’d recommend including at least a few zero- or one-mana artifacts (such as Shadowspear or Mirrodin’s artifact lands) to increase your likelihood of casting her on turn two. Also, you’ll obviously need to increase your overall artifact density to really make her tick.

Gamekeeper has a high ceiling and a low floor. You might mill 10 cards and hit a Nezahal (more on that one in a second). Or, you might mill zero cards and get a mana dork. I think the card’s worth including for the ceiling, but I could be swayed.

Finally, Nessie—I mean, Nezahal. Though not technically self-mill, Nezzie does stack the graveyard for no mana. You can either hold cards to protect it, or you can simply toss cards away for more Escape activations in the future. Or you can photograph it and publish the pics in your local Scottish newspaper. Your choice.

Speaking of Escape, we want more Escape cards! Not too many, though, since we don’t want to exile Escape cards to other Escape cards in order to fuel our escape. Let’s take a look at a handful of options.

There are other options, yes. But scrubs like Chainweb Aracnir, Loathsome Chimera, and Voracious Typhon can't get no love from me. Let’s leave those out and focus on these other two.

Glimpse of Freedom is a decent enough card draw engine. I especially like milling it, then holding it up in tandem with a Counterspell or a flash creature. If I decide not to use my mana on those, I can at least draw a fresh card and admire the art of Clint Cearley.

Then there’s Sweet Oblivion, a card whose name I'd like to borrow for my experimental psychedelic four-piece jam band. It works best with the cards I’ll mention in the next section.

I suspect this deck will mostly win through overwhelming value avalanches, but it can’t hurt to have some backup plans. These two cards should do nicely.

Of these two, I believe you’ll win more games with Thassa's Oracle than with Jace. Though you’d need high devotion and a lot of self mill, you’ll get much of the former with Roil Elemental and Jace, himself, plus much of the latter with Hedron Crab, Altar of Dementia, and Sweet Oblivion.

However, be aware of instant-speed removal. If an opponent destroys enough of your devotion-contributing permanents with the Oracle’s ability on the stack, you might not win on the spot. Even worse, if an opponent kills Jace in response to you drawing your final cards, you’ll actually lose the game instead of winning it. This has been a public service announcement.

One note: I almost always use Jace, Wielder of Mysteries as a substitute for Laboratory Maniac these days. Lab Man is almost always just a mopey 2/2 for three mana, and if I'm gonna play one of those, I'd much rather play something with swag, like Goblin Hero. At a baseline level, Jace at least self-mills and draws cards. In fact, the only instance where I’d consider Lab Man over Jace is in a three-color deck. But since we’re in two colors here, I’d recommend cutting the Maniac altogether.

Finally, it would be nice to have some payoffs for all the Escaping we’re doing. A few spring to mind:

Obviously, we’ve got two cards here with very similar effects. But there’s no greater feeling in Magic than drawing cards (except maybe winning with Helix Pinnacle). Furthermore, if I’ve got my rules right, River Kelpie draws you two cards when Uro Escapes since you’re both casting a spell from your graveyard and having a permanent enter from the graveyard. I’ll take a free Divination with my Uro any day, thank you very much.

As mentioned before, I believe this deck will often win through pure value. Start by casting Uro as fast as possible (cards like Llanowar Elves, Birds of Paradise, and Gilded Goose help with that). Next, get cards into the graveyard. Finally, cast your commander and start collecting triggers. Every attack with Uro does so much: it threatens six damage, gains you life, draws you a card, and even sometimes ramps you.

Look out for anyone who might hate out your graveyard, since that’s your most important resource (anybody playing black, since they probably have Bojuka Bog, cough cough). Cards like Perpetual Timepiece mitigate disasters, but the best defense of the graveyard is a good offense.

Finally, just remember that if Uro ever changes zones, you may redirect it to the command zone, instead. So if it’s in your graveyard when an opponent Bojuka Bogs you (curse them), you don’t lose your commander to exile. Keep that in mind.

I'm tired of brainstorming puns featuring the word "escape," so I suppose it's time to end the article. Enjoy the deck!