Monomania – Running Down the Stairs 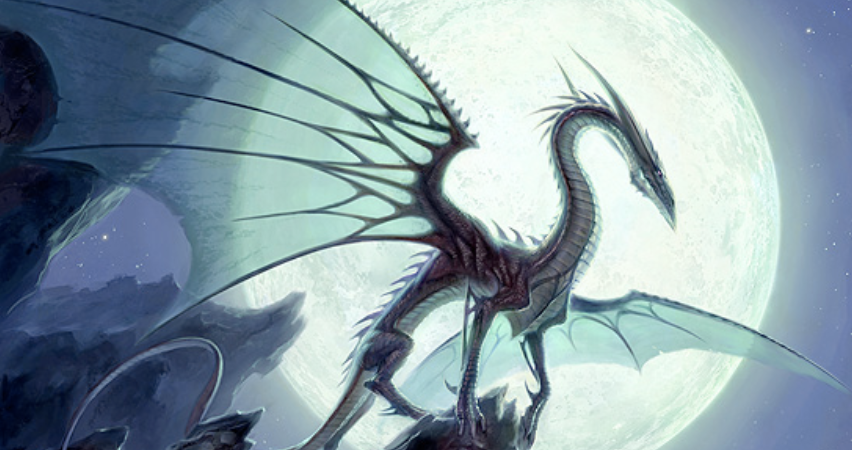 Greetings, everyone, and welcome back to Monomania. In this article series we build mono-colored decks as a way to explore ramp and draw packages that are synergistic with our particular deck’s strategy, challenging staples and misconceptions about the color pie.

Now that we have Eldraine out of our system, let’s revisit an underloved mono-red general from earlier this year. When revealed, he was quickly dismissed as a worse version of the previous iteration of the character. I’m not so convinced of this description, however, so let’s take a look.

At the time of writing this article, this guy is only listed as the general of 149 decks on EDHREC. While this isn’t pitiful within the field of mono-red generals, it isn’t stellar either. Krenko, Mob Boss, the original version of this card, helms 1,510 decks, and is by far the most popular mono-red commander of the past two years, eclipsing the second-place Daretti, Scrap Savant, who leads 649 decks. Because of the color’s reputation and restrictions, I don’t believe that any mono-red commander will rise to challenge Krenko for quite some time.

That being said, does the Tin Street Kingpin deserve to be regarded more highly? I believe so. Last May, Mason Brantley wrote a fantastic article on the new Krenko for his series, Underdog's Corner. He and I came up with fairly similar lists, and if you want to read both of our takes on this commander, you can read his article here.

The idea here isn’t necessarily a novel one—this style of deck can win out of nowhere with some favorable combination of Purphoros, God of the Forge, Goblin Bombardment, Aggravated Assault, and our general on the battlefield. Mob Boss decks will almost always include a similar win condition.

However, the style of the Kingpin in particular is what I find rather compelling. At his core, Kingpin wants to incorporate elements of Voltron strategies. Instead of jamming creatures to snowball our board, the Kingpin wants to buff his attack through other card types. This general is more interested in Claws of Valakut than Siege Gang Commander. It seems nearly as explosive as Mob Boss, but also folds in another element—this bad boy can go tall, wide, or threaten to do both. While many may think that you have to choose one of these, in some cases there's no need to pick favorites. I’ve had some success with my Syr Faren, the Hengehammer deck recently featured on Monomania that also goes both tall and wide. Let’s see what we can come up with and whether this commander lives up to the prestigious Krenko name.

Fuel for the Cause

Because of the unique characteristics of the Kingpin, there are a few special considerations for how we want to ramp in order to support his strategy.

With Moonveil Dragon, Cavalier of Flame, and our collection of firebreathing effects such as Shiv’s Embrace, big mana becomes exceedingly effective for us. These three ramp effects will all hopefully produce ridiculous amounts of mana and allow us to funnel it into pumping our general or our team. This can help us swing for lethal or simply produce even more tokens.

Braid of Fire, specifically, is a mono-red all-star. If budget is not an issue, this card can and should be included in almost every mono-red deck. Battle Hymn and Brightstone Ritual are a little more restrictive but still fit right at home in any Krenko deck, old or new.

Then we have a few mana-production effects stapled onto creatures. Skirk Prospector can both fuel big plays as well as find the extra mana needed to power out an important piece to our strategy. Often, this Prospector will facilitate the game-ending plays that involve Purphoros, God of the Forge and/or Impact Tremors when attacking isn’t an option. Any Goblin lying around can help play several cards in a turn. Dockside Extortionist doesn’t fulfill precisely the same function, but works better on its own to provide flexible Treasure for later use.

Finally, we have a few Equipment that can both ignite our strategy and our ramp at the same time. Sword of the Animist is an automatic inclusion in any deck with a shade of Voltron, and I argue Dowsing Dagger should be considered for a similar reason: it pumps the Kingpin’s attack, then flips into an extremely powerful land. If we can connect with our commander on turn four or five with the Dagger equipped, we will vault ourselves several turns ahead of our opponents in the mid-game.

This deck will live and die by its card advantage package: if we can’t cycle through cards effectively, we may not find the necessary pieces to truly spike the power of our board state and win the game.

As always, rent-before-you-buy-it card advantage in red is actually very good. Even these examples that dig through relatively little of our deck will help us find what we need when we need it. Dark-Dweller Oracle is the creature most geared toward our strategy; on a post-Krenko board, we should have a few useless Goblins to play around with.

Expanding on impulsive draw, we have a few other ways to exile the top cards of our library. Outpost Siege and Vance’s Blasting Cannons are staples within our color and earn their spot here.

Ignite the Future is a newcomer, but has proven to be powerful. The key text here is 'until the end of your next turn.' I really like this card not only because it gives us a little more flexibility in playing the exiled cards than we normally see, but also because the Flashback ability here is deceptively powerful. With even a couple good flips, it's worth the eight mana.

Finally, we have two Equipment that can help us dig through our cards—one that triggers when a creature blocks Krenko, and another that triggers when Krenko deals damage to a player. Both synergize with our strategy and earn a slot in the deck.

Now that we have the skeleton for a fun and powerful Krenko deck, let’s put it all together with a decklist. You’ll notice that this deck is distinctively not Goblin tribal. Many of his decks listed on EDHREC are Goblin tribal, but I think this is a trap: outside of a few Goblins that really grease our engine, Krenko brings his own army in a can and doesn’t need much support in that regard.

Among other notable inclusions here we have a few effects that should supercharge our commander’s ability. Firebreathing is a deceptively powerful effect with our commander, and any card that grants this ability is immediately worth consideration. As such, Dragon Mantle, Crown of Flames, and Fiery Mantle make the cut. Although we have to dump mana into this ability, firebreathing allows us to essentially spend one red mana for one Goblin token and to make our commander more threatening.

We can also run a couple of Equipment that will pump the Kingpin’s attack by significant amounts. Stoneforge Masterwork makes our general do his best impression of Krenko, Mob Boss, doubling our tokens every time we attack. Not only that, but this card can easily pump Krenko to 21 attack in just a turn or two. Blackblade Reforged has a higher floor but a lower ceiling. Because it buffs our commander based on the number of lands we control, he will almost always net a baseline +3/+3, and later in the game, the Blackblade could grant +10/+10.

Finally, I’ve included a suite of ways to pump our team enough to knock players out of the game through combat damage. Haze of Rage is an egregiously underrated Commander card, seeing play in only 364 decks on EDHREC. We have a low curve, and following up playing multiple spells in a single turn with playing this card can quickly end games, and even if it doesn't, we can always just buy it back. In addition, we have Marton Stromgald, Moonveil Dragon, and Coat of Arms.

How do you all feel about this Kingpin? Is he interesting enough to warrant a few more decks on EDHREC, or should we all give up and worship at the altar of the Mob Boss? Let me know in the comments below! Remember to EDHREC responsibly: always dig a little beyond the statistics. I’ll see you all on down the road.