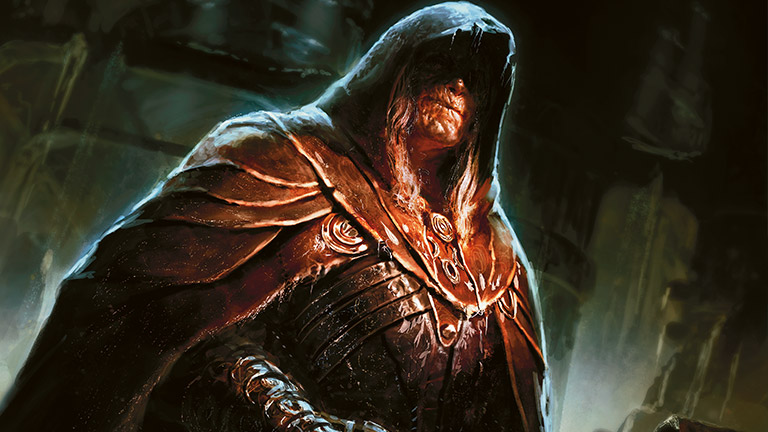 Hello friends and shapeshifting Sith Lords, welcome back to EDHREC and our continuing biweekly column, Non-Basically Speaking, the series that strives to identify non-basic lands that should be considered valuable staples or hidden gems based on their visibility on EDHREC.

So what can we expect in today's article? Well, for starters we will be using the term "mill" intermittently in our discussion. No need to worry, however, we won't explore the idea of milling our opponents entire library as a win condition. Rather we will take a gander at utility lands to aid our efforts in forcing our opponents to mill or discard so we can either trigger our commander's ability or stock their graveyard full of creatures and spells to have at our disposal. While today's glob of non-basic land recommendations may not be our deck's focus, they do offer enough exploitable utility as efficient support cards in certain situations.

Commander has several deck archetypes that rely on milling their own libraries to create a "second hand" to enable casting cards from their graveyard or plunder the revealed resources. So, building around a commander that utilizes all graveyards is a worthwhile discussion topic. With Lazav, Dimir Mastermind at the helm, we have a hexproof commander that can shapeshift into any creature that finds its way to the graveyard from anywhere. Yep, anywhere. Destroy, sacrifice, mill or discard, it doesn't matter. If it falls into the Great Pit of Carkoon then Lazav can transform himself into a copy of that creature card until another opportunity to shapeshift comes along.

Let's take a look how utility lands can further shape our devious plan to mill and discard our way to victory with reanimation or by mutating Lazav, Dimir Mastermind into an implacable phantom menace. Witness the firepower of this fully ARMED and OPERATIONAL milling station!

Striking Down the Favorites

We can find a nice conglomerate of non-basic utility land options within the EDHREC pages for Lazav. Scrolling through the masses we are met right away with Nephalia Drownyard (50% of 650 decks). With Lazav on board and no other spells or abilities that make our opponents mill or discard, Nephalia Drownyard provides a nice backup plan to try and rip some monster goodness from the top of our opponents' libraries. Sure, we may whiff occasionally in our efforts to trigger Lazav's ability, but having additional opportunities to try and flip into an opponent's Ulamog, the Infinite Gyre or Vorinclex, Voice of Hunger is the type of synergy in a non-basic land that we can't pass up! Sweet, sweet top decking skills mills!

I perused the rest of the non-basic land list on EDHREC and pondered a few things. EDHREC notates a 44% inclusion of Commander deck building favorites: Reliquary Tower and Bojuka Bog. While I will not stand in the way of validating Reliquary Tower or Bojuka Bog in any EDH Deck, they are two of my favorites, I do think that if we wanted to explore other options, now is the time to move these staples to another deck. Let me take you on a short jaunt through my reasoning.

First let's look at Reliquary Tower (44% of 650 Decks). Under normal circumstances I am an avid supporter of considering the Tower for any build that wants to draw cards. However, in the case of Lazav on EDHREC, the recommendations seem a bit short on card draw. In the "Top Cards" and "Signature Cards" section, only Notion Thief (42% of 640 decks) has the potential to bloat our cards in hand beyond our allotment of seven. In fact, scanning the rest of Lazav's EDHREC page, the only card drawing engine with over a 30% recommendation is Rhystic Study (36% of 651 decks). Even if we did have ample card drawing power, with the recursion and reanimation available to us it isn't imperative to hold on to all of our draws. Let them go to the graveyard and we'll get them back later.

Next I contemplated the necessity of running Bojuka Bog. There is a strong case that can be made for including this EDH favorite. The problem is, our entire strategy of filling our opponent's graveyards for our manipulation could unwillingly play right into the game plan of graveyard decks like Karador, Ghost Chieftain or Tasigur, the Golden Fang. Bojuka Bog provides a safety switch to eradicate an opponent's graveyard and squish their entire strategy, or at the very least, make them start over.

The dilemma of using Bojuka Bog to crush the hopes and dreams of the reanimation and graveyard based decks, is that we ourselves are a graveyard deck. Unfortunately, the enters the battlefield ability is not a "may" ability. If Bojuka Bog is our only land drop and we wanted to cast our Sepulchral Primordial (51% of 649 decks) next turn, then we are faced with a decision to exile the offerings of an opponent's graveyard or exile our own. So if we decide not to run Bojuka Bog, what are some options to provide targeted graveyard hate? I'm glad you asked. Tangent time!

Lucky for us, EDHREC is our personal consultant with a plethora of ways to remove potential threats in the graveyard without extinguishing the whole crop. Dimir Doppelganger (65% of 649 decks), for example, can be activated at instant speed to not only remove the soul of a creature card from the game but also to parade around the battlefield in its pajamas. Diluvian Primordial (36% of 651 decks) and Wrexial, the Risen Deep (50% of 651 decks) have the ability to lobotomize a graveyard for cards like Demonic Tutor or Swords to Plowshares so we can use them for our own devious plans before removing them from the game.

One more piece of graveyard hate? Okay. Shred Memory is played in absolutely zero Lazav EDH decks. Zero? Hold on, let me check the EDHREC Advanced Filter. Yep. Zero. Hidden non-land tech in 3, 2, 1... Shred Memory can exile four cards from a graveyard at instant speed. Or, we can use the transmute ability as a niche tutor to go and get, oh, I don't know, Cyclonic Rift (57% of 649 decks) maybe? Great card!

I am definitely not against sleeving up a Bojuka Bog and Reliquary Tower in a Lazav deck based around snagging cards from an opponent's graveyard. But if our utility land slots are limited, I do believe they are replaceable with options that provide more relevant utility and deeper synergy. Let's look at some hidden gems that EDHREC's data is currently not endorsing.

Knowing the Power of the Dark Side

Everything is proceeding as I have foreseen. Graveyards are ripe with the fruit of powerful spells and creatures. Unfortunately Rise of the Dark Realms (29% of 632 decks) and Snapcaster Mage are both in our graveyard. If only we had a way to get Snapcaster back to our hand so we could cast it and target Rise of the Dark Realms with Flashback. Oh wait, we do! We can activate Volrath's Stronghold to put Snapcaster on top of our library and draw it into our hand. The circle is now complete! It's time to watch our friends grovel in terror! Mwa-haha!

It's a bit weird for me to label Volrath's Stronghold as a "hidden gem" considering the fact that this legendary province from Stronghold has been raising the dead for 20 years. Volrath's old stomping grounds are an absolute must in a deck where cards like Mesmeric Orb (26% of 648 decks) are churning everyone's library into a vat of butter. Being able to retrieve a fallen clone or one of our game-breaking Primoridals is well worthy of sleeving up in the 99.

It should also be noted that Volrath's Stronghold is on the reserve list. If you don't have this card in your EDH collection, I highly recommend opening up a new tab in your browser and ordering one right now. This is a solid piece of tech for Commander and Wizards of the Coast® will never print this card again. While it's not "cheap" so-to-speak, it is relatively affordalbe and can be picked up on websites such as TCGplayer for about $25-$30 in lightly played condition.

We previously mentioned Nephalia Drownyard's worthiness in setting up resources in our opponent's graveyard as well as providing an opportunity for Lazav's ability to trigger. Along this same line of thinking, we could include Geier Reach Sanitarium, to provide alternative methods for Lazav to shapeshift into hexproof threats. Albeit our opponents do have a choice of what they discard, the Sanitarium instills a fear of making the wrong discard choice. To live out our fullest reanimation aspirations we could use Geier Reach Sanitarium for the "loot" ability, discard an impatient fatty like Sheoldred, Whispering One (18% of 650 Decks) and then cheat him into play with Animate Dead (33% of 650 decks).

Do we have time for one more? Ah, I'm sure we do. While purely dependent on the ratio of black creature cards in our deck, Crypt of Agadeem is a distinct inclusion possibility. The Crypt is a black mana source that comes into play tapped, but once we get at least four black creatures in our graveyard it can start producing an abundance of bubbling crude. At the very worst, it's a swamp that comes into play tapped.

That's all I have for you today my EDHREC friends! What do you think? Have you played with or against Lazav? What were some strategies you remember seeing or using? What do you think of mill as a strategy for shenanigans rather than a wincon? Lazav's artwork reminds me of Emperor Palpatine from Star Wars. Did you catch the Star Wars quotes and references throughout the article? There is about 6 or 7 of them, I think. Let's discuss in the comments below!

Oh wait, before I go. I thought I would share the current iteration of my personal Lazav, Dimir Mastermind reanimation deck. It is a bit outdated and needs a few cards rotated in and out, but it still has my signature oddball choices along with some EDHREC favorites. Enjoy!