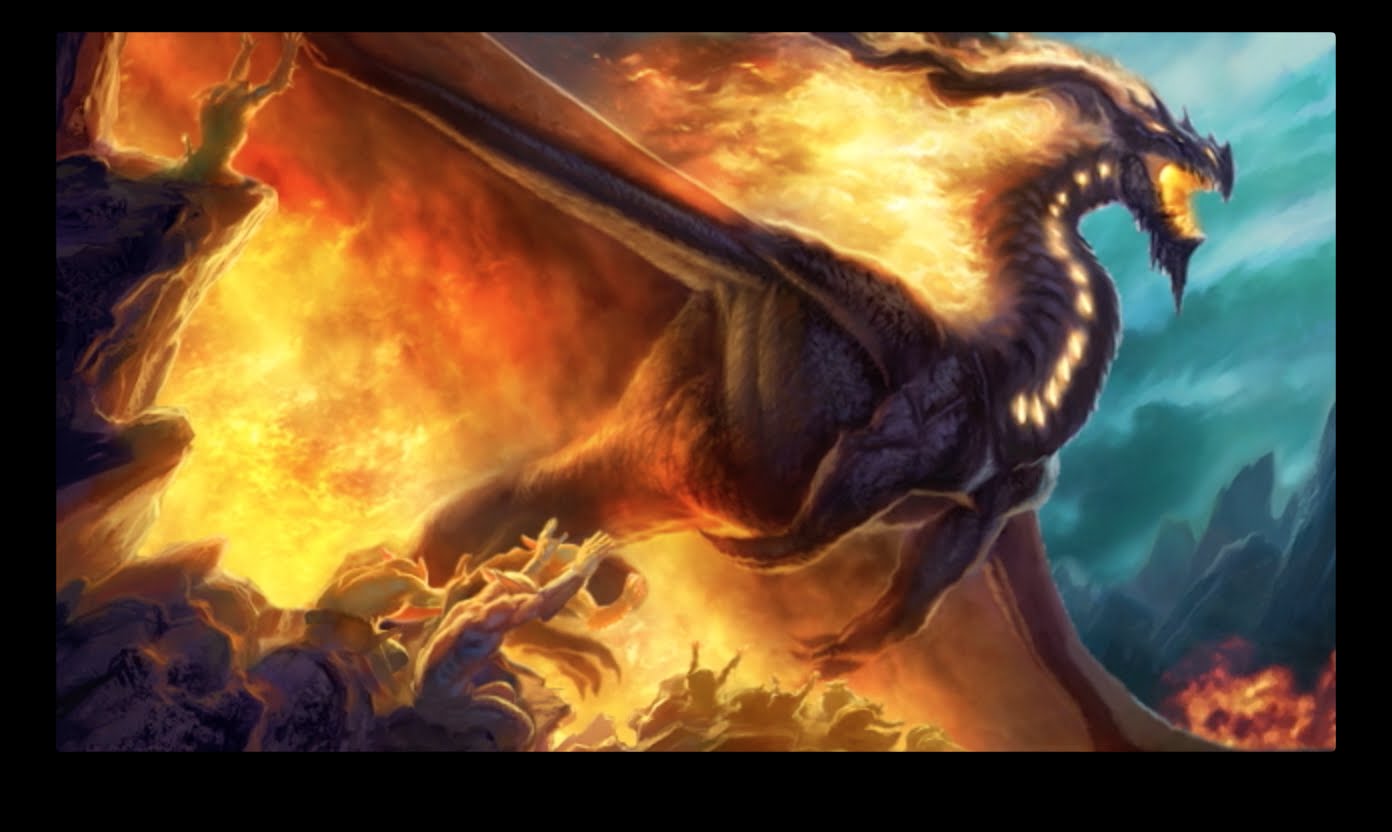 Whether brainstorming a brand new brew or fine-tuning an existing stack of commander goodness, many of us turn to EDHREC as an inspirational resource of card suggestions. While it's easy to glean ideas or receive confirmation of cards we select for our deck, there is a vital section on EDHREC that most intrepid builders surprisingly ignore. Scroll down to the very bottom of the page and that is where you find Lands.

Most folks are experienced enough deck builders to not need EDHREC's help when deciding what dual or fetch lands to include in a deck. Today's article assumes that you are not here for help to mana fix or balance the budget of your color choices, so I will focus on choosing non-basic utility lands. A utility land is a land that has an effect or ability other than generating mana. Many of these lands have activated abilities or triggered effects that can give you an advantage or turn the tide in your EDH battles. This article series zeros in on choosing and using the best non-basic utility lands that EDHREC recommends, as well as any such lands that EDHREC's master algorithms may miss. If you don't mind and are willing to go along for the ride, I will focus on the hunt on a per-commander basis, because not all utility lands work for all commanders (surprise!).

Let's look at one of the top 10 most popular commanders on EDHREC (with currently 1011 decks), Non-Basically Speaking: Prossh, Skyraider of Kher.

What better way to begin an evaluation of non-basic utility lands than exploring EDHREC's initial recommendations? The most played land (55% of Prossh's 1011 decks) is Kher Keep and for good reason. The ability to spit out a 0/1 red kobold at a moment's notice is a nice mana sink to have. Kobolds pride themselves on being the sacrificial Scooby Snack to Prossh or rising to the challenge of protecting us from being hit by a 9/9 non-trampling Terastodon.

After Kher Keep we visit Kessig Wolf Run (45% of 1011 decks). This holy land of werewolves can be a knockout punch when we are using Prossh as one of our main win conditions. Simply fill up on Kobold tokens, drain our mana resources and crush in for that beloved commander damage.

Our third most popular non-basic utility land for Lord Skyraider is Westvale Abbey (36% of 460 decks). While Prossh may feel that this building is a great place to pick up Human Clerics for dinner, the Abbey actually has a darker secret that could lead to unbelievable moments at the kitchen table. By investing five creatures and five mana into the Abbey, we can free a dark demon that rivals the brute force of Prossh himself, Ormendahl, Profane Prince. Prossh and Ormendahl synergize quite well together as Prossh provides enough Kobolds on his own to unleash the indestructible demon on the poor saps..err our friends sitting around the EDH table.

What is NOT on EDHREC

While it's easy enough for anyone (like me) to point out what the top three utility lands are for a commander on EDHREC, there are still plenty of deck-building morsels in Magic's larder that EDHREC currently leaves off Prossh's menu. Let's begin with delicious Haste. While having Xenagos, God of Revels (49% of 963 decks) in play or Anger (28% of 1011 decks) in the graveyard are exemplary ways of healing Prossh and friends from summoning sickness, it is always good to have more an option for seconds. Why not include Flamekin Village or Hanweir Battlements? Sure, Flamekin Village requires additional mana resources as opposed to Hall of the Bandit Lord, but the Village also taps for Red mana when needed and doesn't drain our life. As Prossh players we know that opponents will be painting the circled target on our foreheads, so paying life to use the Hall every turn may come back to get us. There is also a chance that Flamekin Village can come into play untapped if we have Avenger of Zendikar (50% of 1011 decks) in our hand. Yep, Avenger fills the requirement of being an Elemental.

Let's face it, Prossh can be a little rude, so our table friends don't want us casting him, swinging with him, or using his free sacrifice outlet...because they have no taste. So how do they kick our Commander in the Draconian jewels? They steal him. That's right - Prossh-envy. Whether via permanent steal effects such as Treachery and Desertion or game winning steals like Zealous Conscripts or Insurrection, seeing our Commander reside on an opponents side of the table is betrayal at it's worse. Fear not, we are running the new Commander staple Homeward Path. With the simple tappity-tap of the Path, all is good, once again, in the realm of Kher.

Looking at EDHREC, we can see that there are only two sacrifice outlets in the Signature Card and Top Card sections for Prossh recommendations: Goblin Bombardment (59% of 1011 decks) and Ashnod's Altar (48% of 1011) decks. Having sacrifice outlets is vital to most Prossh builds, especially when you consider that Prossh cannot sacrifice himself to his own ability. Therefore, we can build a small bit of redundancy into our game plan by including High Market. Sure, there are a few other lands that provide sacrifice outlets, but High Market enters the battlefield untapped, produces a colorless mana , and heck, even gains us 1 life. In token builds, we need to get Prossh back into our command zone so we can cast him again. For defense, we need to ensure we have a sacrifice outlet for Prossh if he is targeted with a Song of the Dryads or has been locked down with Prison Term or other Pacifism-type spells. High Market is a superb utility and resource to enhance our deck's effectiveness.

Congratulations, you have arrived at the part of the article where we I ask you to open our wallets and lock onto some zesty real estate deals. Outside of fetch lands and other color fixing duals, there is not a lot of investment for Prossh on EDHREC. Our most expensive non-basic utility land is Urborg, Tomb of Yawgmoth (35% of 1011 decks) priced at $8.71 in accordance with MTGPrice.com. There is no doubt that the Tomb of Yawgmoth is a fine investment for a Prossh deck. The ability to tap any of our lands for black mana is a nice luxury for any three color commander deck. However, if have been saving your lunch money to turn your Prossh deck into a true MTG investment, then here are a couple of high dollar considerations.

When there are Islands on the table you can guarantee that there is a counterspell with Prossh's name on it. If only Dragons were impervious to blue's ability to deny our commander's existence. At $65.22, Cavern of Souls not only makes our scaly Jund commander uncounterable, but it also helps us mana fix if we are missing one of our three colors needed to cast him. Cast Prossh with Cavern of Souls, give him haste with Xenagod, and show the Island dwellers the true power of the Skyraider of Kher! (Menacing, evil laugh inserted here).

Let's all crinkle our brows in disgust as I introduce our next luxurious non-basic land, Gaea's Cradle. Geez Louise, at $224.99 I have no idea why it has a 0% showing on EDHREC. Had I not prefaced this section with "High Rollers" I might feel a little uneasy about bringing it up; however, if you are at a point in your life and Magic career that you can trade into a Cradle, or buy one outright, then this reserved list treasure deserves a spot in Prossh's 99. Cast Prossh successfully and Gaea's Cradle taps for seven Green mana. While this Legendary Land from Urza's Saga may bend the rules of this article series slightly (is it really a utility land if it only taps for mana), I felt it merited inclusion simply because of the true power it can bring to a Prossh EDH deck. Nasty good land, but eegad, that price tag!

While Gaea's Cradle and Cavern of Souls are extravagant, yet valuable additions to a Prossh strategy, we conclude that our average EDH player will definitely balk at spending $275 for two non-basic lands. Hence the 0% showing on EDHREC.

Once we recover from the sticker shock lands in the High Roller section we can come back down to Earth and talk about a couple of non-basic utility lands that can be found in the Magic the Gathering™ bargain bin. I would definitely include Flamekin Village and Kher Keep, which are both under a buck ($1.00 U.S.), but we have previously discussed these cards so let's see what else we can find.

Mosswort Bridge is a nice include for the casual, budget Prossh deck. This land has the Hideaway ability. It enters the battlefield tapped but allows us to look at the top four cards of our library and exile one of them underneath the bridge. From here on out, Mosswort Bridge taps for a green mana, but if we control creatures with total power of 10 or greater, we can cast the exiled card without paying it's mana cost. In a Prossh EDH deck achieving a combined power of 10 is as easy as feeding 5 Kobolds to our Dragon commander and cast the card.

That's all I have for you today my EDHREC friends. Now it is time for discussion. Do you have a Prossh Commander deck? If so, what non-basic utility lands do you include? Did you find this type of article a helpful addition to the EDHREC website? Be sure to let me know in the comment section below!