Pieces of the Puzzle - Displacer Kitten 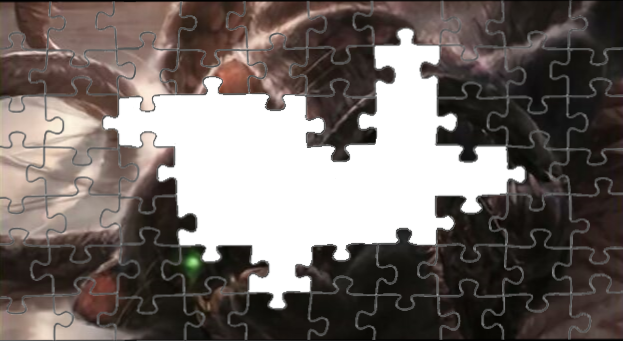 Welcome back to Pieces of the Puzzle! I’m your host, Goldshot, a Head Editor on the Commander Spellbook project. Pieces of the Puzzle is an article attempting a look into combo decks, both how they function, and how they are made. My overarching goal with this series is to look at each new set and showcase a bit of what they do for combo players or interested individuals. As opposed to the last two times, where I covered commanders, this time I'm going to focus on a non-commander card. I'm going to talk about my third favorite cat, (after Lurrus of the Dream-Den and the kitty in her art), Commander Legends: Battle for Baldur's Gate's Displacer Kitten.

This set has a lot of really interesting combo pieces to look at, like Abdel Adrian, Gorion's Ward, Raggadragga, Goreguts Boss and Jan Jansen, Chaos Crafter, but our dear kitten friend stood out to me, both in cuteness and in the ability to evaluate a card in the 99, rather than a combo in the command zone.

Displacer Kitten is the first Commander-legal card with "kitten" in its name, and it's by far one of the cutest things I've ever almost seen. I say 'almost' because this thing's hard to keep your eyes on! It has an extremely powerful ability: "Avoidance — Whenever you cast a noncreature spell, exile up to one target nonland permanent you control, then return that card to the battlefield under its owner’s control."

I think this is one of the most powerful blink effects we've ever seen to date. By simply casting a noncreature spell - artifacts and other noncreature permanents included - we get to blink not just any creature we control, but any nonland permanent we control. Not only that, we get it back immediately! We don't even need to wait for our end step!

Blinking any permanent other than a creature tends to be extremely rare. Our options for that effect include the likes of Brago, King Eternal, a famously powerful card and commander, Felidar Guardian (which has more than 50 combos to its name) and Ghostly Flicker, to name a few.

These cards are all powerhouses, and much like these predecessors, Displacer Kitten holds the ability to pull off some incredibly powerful combos, as well as the ability to play as just a very strong value engine. Simply blinking a card like Wall of Omens, which draws a card upon hitting the battlefield, suddenly allows Displacer Kitten to do a pretty decent Archmage Emeritus impression. The Kitten can also blink mana rocks, immediately resetting them to generate mana once again, allowing the playful feline to act as a cost reducer, not just for our instants and sorceries, like a Goblin Electromancer would, but also for our enchantments, artifacts, and planeswalkers. This allows our favorite almost-seen kitty to slot nicely into most enchantment decks, artifact decks, spellslinger decks, and Superfriends decks!

And again, this is all without it even leaning into combo territory! So what does it look like when these kinds of cards do start to get into combos?

Luckily, with the blink and you might miss em kitty, we have plenty of inspiration to draw from, so quickly searching Brago, King Eternal, Felidar Guardian and Ghostly Flicker will give us a lot to work with. I'll list out a few that stood out to me:

Interestingly, Blinky Boi can act as half of this because we only get one blink. Normally this would kill the combo, but instead, we can use the spell we cast to trigger the Kitten as the remaining half of our combo. For example, we could keep the Archaeomancer, but replace our Peregrine Drake with a ritual, and a second spell to cast. As a result of this, a ritual like Turnabout can become our source of mana. Then, we just need to point Never There When You Need Em's trigger at our Archaeomancer to get back our spell.

"But wait," I hear you cry, "the blink trigger will resolve before the spell, we can't get it back!" You are mostly correct. While we can't get back our Turnabout, we can get back a different spell and use the extra mana to cast that spell, getting back our ritual to do it all again.

Lastly, the combo I think is the most interesting for us to observe is Felidar Guardian with Aminatou, the Fateshifter. This shows us a way to use our blink ability with a planeswalker. By using Felidar Guardian's blink ability, we can reset Aminatou, making it a new object in the eyes of the game. As a result, we may lose any extra loyalty counters we may have accrued, but we get to activate our planeswalker again. This combo takes advantage of that by using Aminatou's ability to blink Felidar Guardian, putting us back where we started.

I think this revelation is perhaps the most powerful because it will act as the foundation for the decklist I'd like to brew around Displacer Kitten, which is coming up at the end of this article! Planeswalker abilities are quite varied, giving us plenty of opportunities to get a noncreature spell to cast. Tezzeret, Master of the Bridge allows us to bring an artifact card back from our graveyard with his second ability, allowing us to recur a card like Lotus Petal or Tormod's Crypt which we can then immediately cast again to trigger Displacer Kitty, and sacrifice to make prime targets for Tezzeret to start us over. Jace, the Living Guildpact (RIP his guildpactness) can pick up one of our artifacts, such as Sol Ring with his second ability, and then allow us to cast it again, putting us up a mana and resetting Jace so we can repeat it yet again.

Not only this, but once we have repeated the look enough to have infinite colorless mana, we can then instead pick up something like Dimir Signet to make infinite mana, and then any planeswalker we control for infinite activations of the walker. One such outlet is Tevesh Szat, Doom of Fools who can be used to make infinite 0/1 tokens, and then activate his second ability to turn those tokens into cards!

Where Does This Leave Us?

When I started to brew a deck around Displacer Kitten's combos, I realized a lot of the slots in the deck were already spoken for to make these combos happen, and the deck kind of began to build itself. The insane synergy of Displacer Kitten not only comboing with planeswalkers but also allowing us to generate extra activations of them caused me to want to try out a Superfriends build. Displacer Kitten can even blink 'walkers at instant speed, getting them out of trouble in case anyone tries to attack them. The Superfriends strategy allows the kitten to be both a combo play and a value play.

Planeswalkers like Narset, Parter of Veils allow us to dig through our deck while also giving our opponents trouble in the process. Kasmina, Enigmatic Mentor acts as protection for our other walkers, giving them blockers and Ward 2. A quick glance at EDHREC's planeswalkers theme page reveals to us that we'll want to play The Chain Veil, Flux Channeler, and Silent Arbiter to help this strategy out. And who better to command this deck than yet another planeswalker? Tasha, the Witch Queen will give us slow value, demonic blockers, and when she's used with Displacer Kitten, we can activate her minus ability as many times as we want in a given turn. This even goes infinite with the use of the previously-mentioned Chain Veil, because it allows us to both put cards into exile with page counters, and cast them with each new instance of Tasha. We can also use the existence of rituals like Dramatic Reversal to combo with cards like Isochron Scepter.

From there, we just want to support our planeswalker plan, while also adding some mill to support our commander, Tasha. I think the coolest spice I could fit into this deck was exploiting token creation and our low creature count to play Polymorph effects. Even in the worst case scenario, we'll just flip into Archaeomancer and use the ability to get back our Polymorph!

Enjoy the deck, enjoy Displacer Kitten's awesome combo potential, and thanks for reading!