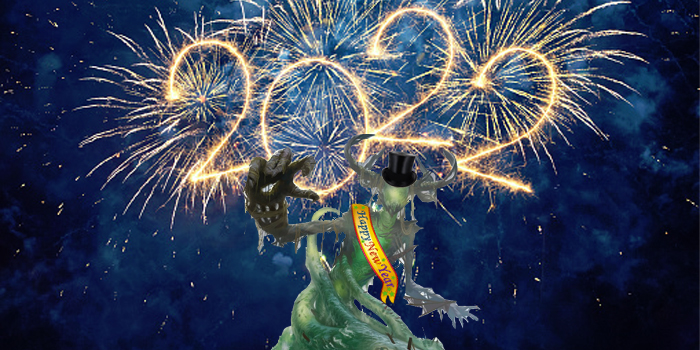 Let's raise a glass to another year and another Power Sink, the article series where we drop the ball with the biggest names in the Commander format. This time we're joined by Muldrotha, the Gravetide.

Muldrotha holds the #6 spot on the Top 10 countdown on EDHREC, with 5,656 decks to her name at the time of this article. The ability to play one of each permanent type from your graveyard each turn is powerful, but also works for a wide variety of decks, as evidenced by Muldrotha having over 30 different themes on her commander page. Being in one of the stronger three-color combinations in the format goes a long way toward fueling her power and popularity. As is tradition, we'll start by taking a look at Muldrotha's average deck.

Self-sacrificing permanents are a real problem for your opponents in this deck, as they are readily reusable. Ramp with cards like Sakura-Tribe Elder are very strong, as Muldrotha effectively makes your graveyard a second hand, giving you plenty of options for all that mana. Mulldrifter and Mystic Remora are great for keeping the cards flowing, and going over max hand size is not a problem.

Muldrotha also has a lot of removal options to keep opponents under control. Plaguecrafter and Shriekmaw keep creatures down, Caustic Caterpillar and Seal of Primordium take out artifacts and enchantments, and Pernicious Deed and Nevinyrral's Disk are there if everything needs to go. Spore Frog can continue to Fog combats, making life very difficult for combat-focused decks, and Spellslinger opponents are going to have a hard time fighting through a Glen Elendra Archmage that just keeps coming back.

By letting you cast permanents from the graveyard, Muldrotha provides incredible card advantage. Ashiok, Dream Render functionally lets you draw four cards while preventing opponents from searching their libraries, not to mention exiling their graveyards. Underrealm Lich virtually triples your card draw. With all of these spells being cast from the graveyard, River Kelpie and Secrets of the Dead will add the already prodigious card advantage of Muldrotha.

At six mana, you would think removing the commander would be a good option to stymie this deck, but with Animate Dead, Command Beacon, and Kaya's Ghostform, it isn't difficult for Muldrotha to stay in play.

However, something the average deck lacks is a decisive win condition. The Muldrotha decks people are actually building likely do have wincons, but I don't think it's unfair to say that Muldrotha decks are commonly looking to win through attrition. That experience might not be for everyone, though, and fortunately for us, Muldrotha's got some New Year's resolutions, and one of them is to try the Power Sink diet.

In the year 2022, Muldrotha is looking to slim down by cutting permanents out of her deck and enrolling in a Spellslinger class. This deck has 43 instants and sorceries and 20 nonland permanents. Considering how much Muldrotha cares about permanents, a Spellslinger deck seems counterintuitive. However, Muldrotha adds a very unique flavor to the instant-and-sorcery-based strategy: the ability to recur the various permanents that care about instants and sorceries, some of which are win conditions. Even recurring the ramp cards like Sakura-Tribe Elder and Font of Fertility will help us get the mana to cast the biggest, game-changing spells.

Get Some Reps at the Gym

While Muldrotha's ability won't directly give us access to the instants and sorceries in the graveyard, there are permanents we can use do do it for us.

We can cast Codex Shredder early to mill ourselves and see more of our deck until we want to sacrifice it to get a card to hand. Repository Skaab can Exploit itself to return a spell to our hand, leaving the creature in the graveyard for later use. The Mirari Conjecture gets back an instant and a sorcery over the course of two turns and its final chapter copies the spells we cast, which we can use for a big splashy turn. Rod of Absorption exiles the spells we cast for later use, and it has the added benefit of holding on to the instants and sorceries cast by our opponents.

In addition to recursion on permanents, we're using a select few on spells. Bond of Insight may exile itself, but milling four cards is very useful in this deck, and Bond gets back two spells. Nostalgic Dreams lets us exchange cards in hand for cards in our graveyard, which is very powerful when our commander lets us access our discarded permanents.

Finally, we have a way to get an extra workout from our MDFC spells like Bala Ged Recovery or Silundi Vision. Since Muldrotha lets us play a land each turn from our graveyard we can play the back side of an MDFC with that ability, then bounce it back to hand with one of our bounce lands or with Trade Routes so we can cast the spell side again!

We aren't playing the attrition game like the average Muldrotha deck, so we want some ways to explicitly close out the game.

First of all, we're employing spells that damage our opponents directly. Fraying Omnipotence cuts all players' life totals in half and costs them half their creatures and cards in hand (just make sure Muldrotha isn't your only creature when that happens). Zof Consumption is an MDFC card we can use multiple times by replaying it as a land and bouncing it to hand. Grave Endeavor is a reanimation spell with life drain tacked on, which is great for when Repository Skaab is in our graveyard. With all the spells we're casting, Tendrils of Agony can do some serious damage.

Our other path to victory is through permanents that care about spells, which our commander can get back for us if they get removed (exile notwithstanding, of course). While combat isn't the primary focus, we can generate a lot of tokens to attack with by casting spells. Shark Typhoon and Talrand, Sky Summoner make flyers, while Deekah, Fractal Theorist and Metallurgic Summonings give us ground forces.

Witherbloom Apprentice and Professor Onyx drain our opponents directly whenever we cast or copy an instant or sorcery, which is particularly dangerous with the Storm cards we're using. Sphinx-Bone Wand can deal quite a bit of damage if left unchecked and can remove troublesome creatures or planeswalkers with enough charge counters. Finally, Eye of the Storm makes for some insane turns if we can untap with it.

While this deck isn't the attrition-based grindfest Muldrotha decks can be, it's very similar to a Storm deck, so be aware that it can potentially generate some very long and fiddly turns. If you're thinking about playing a deck like this, I highly encourage you to playtest it by yourself to learn how to play it quickly. Alternatively, you could simplify the win conditions by using Torment of Hailfire and Exsanguinate. It wasn't the deck I wanted to brew, but it's still a valid way to play this kind of strategy.

If Storm or Spellslinger isn't your thing but you're still looking for a less conventional Muldrotha list, my friend and accomplished decksmith Roxanne has a Muldrotha gumball deck (all 25-cent commons and uncommons) that's effective and full of unusual cards.

As we close out 2021, I want to thank you all for your continued support. It has been a blast writing it and I'm looking forward to more in the new year. Let me know in the comments about any resolutions (MTG or otherwise) you have for 2022, and what you hope to see out of this column in the coming year. I'm planning to organize my collection and learn a new language, myself, and I'm sure those are both equally realistic goals! 😉