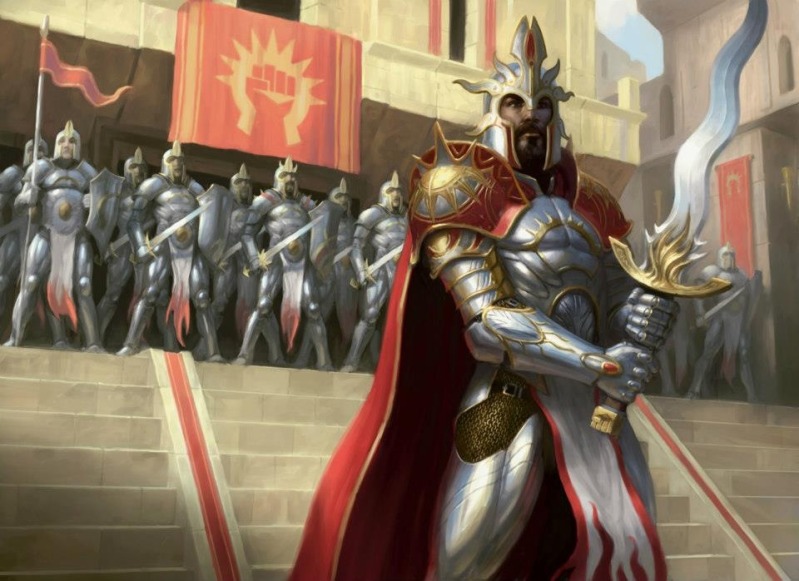 Building a Commander deck from scratch is no mean feat, but only a few years ago it was even harder. When I first got into the format, the pre-cons didn’t exist, articles were few and far between, and deck building advice sparse to say the least. Indeed, it was a difficult time for anyone new to the format with the desire to make something of their own. Luckily, it is much easier now thanks to the format's popularity explosion and the appearance of great websites like EDHREC. That being said, even with all these resources, deck building still comes down to you navigating your way to a 99 card deck, which is always a daunting task for rookies and veterans alike, given the massive arsenal of cards we have available to us.

Welcome to Pure//Simple, a series focused on taking some of the mystery out of card choices, using the great tools EDHREC has to offer. My name is Jeremy Podczerwinski, and I am a data analyst by day, Commander player by night. I first became involved in the format around 8 years ago and recently started running a Commander league at an LGS in my hometown of Chicago (with a sweet wrestling-inspired title belt to boot). After struggling to build my first Commander deck in 2009, I made it my mission to ensure that others have an easier time building theirs.

Many Commander decks start the same way: pick the Commander and hopefully build a deck of cards that either synergize with what that Commander does best or advances your overall strategy it in some way. In the past, that might involve long hours pouring through forum posts or searching card databases. Nowadays, you can just find that legendary creature on EDHREC get a clear picture of what people are packing into their decks. However, it isn’t always so simple. Of course, some Commanders have a preferred build that most players flock towards, but that’s not always the case. In fact, there are quite a few Commanders that don’t have a single design and finding your deck can be tricky. Luckily, EDHREC has your back.

One Commander mantra I love is “There is more than one way to build a deck.” Commander isn’t a format that is supposed to be “solved”. That is, it’s best when players don’t try to build the most efficient combo decks with no regard to the spirit of the format. Deck should be built around your Commander, and if not, at least around a theme in your Commander’s colors.

Tajic, Blade of the Legion Let’s look at an example Commander: Tajic, Blade of the Legion. Boros, the name of the Red/White Ravnican guild, gets a lot of flack from players for being too shallow. People complain that the colors don’t provide many options outside of attacking aggressively with creatures large and small. While that may be true to a degree, in Commander your strategy and deck options are never quite so pigeonholed. Let’s look at what choosing Tajic as our commander offers us on EDHREC: Hmm, there are two competing themes that jump out; however, if you don’t see them right away, allow me to explain. Captain of the Watch, Assemble the Legion, Mobilization and Frontline Medic all want you to utilize Tajic’s Battalion ability to hit your opponents hard. The best way to do that? Make tokens and lots of them. In contrast, Conqueror’s Flail and Fumigate want to utilize Tajic's indestructibility to ensure he’s the only guy attacking each turn. Fumigate is a bit more obvious for this build since it actively removes other creatures for you, but the Flail fills a similar control method because it stops your opponents from casting any responses to Tajic's attacks.

Martial Coup, the only card I didn’t already mention, intersects between our two strategies. First, it makes tokens, so Battalion is much more likely to trigger. Second, it can wipe the board, which makes Tajic giggle, since he’s typically the only one left (besides the tokens you’ve just made). The high synergy rating on EDHREC indicates that this card is almost an auto-include include in your deck.

Just looking at the first seven cards EDHREC offered strongly hints at two divergent paths - tokens and equipment/board wipes. At the moment they’re kinda mashed together on the recommendations page; however, EDHREC offers a great tool to help clarify the appropriate path. EDHREC’s advanced filters will do the trick. The top line allows you to filter decks by what specific cards they do or don't contain, while the second line lets you to choose how many of a specific card type (like artifacts, planeswalkers, etc.) you want to search out.

Let’s start with tokens first. A popular card for a White tokens build is Secure the Wastes, since it’s pure token production at instant speed! It doesn’t advance the equipment/boardwipe strategy in any way, so this is a great choice. Here’s what we’ve got:

The signature cards have changed! We’ve narrowed the decks that EDHREC reviews and given us a whole new set of suggestions for this build. But just getting suggestions isn’t the end of it. I’m here to explain why these cards are on that list, so let’s look at a few. If you’re only ever planning on attacking with Tajic, Cathars’ Crusade does a whole lot of nothing. But in a dedicated tokens build, it’s unbelievable. A card like Secure the Wastes just gave every creature, including the tokens, a huge boost in +1/+1 counters. This card benefits heavily from having large swaths of creatures hitting the battlefield all at once, since it triggers for each of them. Instead of making 5 1/1s, you’re making 5 6/6s, which should help you close out the game quickly. The original Odric is a huge benefit to a creature-heavy deck. Sending the army in with Odric and three other creatures (hopefully one of them is Tajic), makes your team unblockable, since you can choose that no creatures block, or utterly devastate someone else’s board. Send that beefy Tajic to kill an opponent’s problematic creature if you feel like it!

Mentor of the Meek White is probably the worst when it comes to drawing cards and drawing cards is key to the game of Commander. Since you have 3+ opponents to compete against, you have to find some way of replacing all the spells you’re casting to keep them at bay. That’s where Mentor of the Meek comes in for a tokens build. Most of your tokens are going to be 1/1s, or sometimes 2/2s, and Mentor allows you to get tons of cards for 1 mana at a time. One problem for any White or Boros-based deck is the ease at which you can empty your hand. Most of your spells have a fairly low Converted Mana Cost (CMC), and without some form of card draw you can run out of gas before you know it.

Let’s move on to the other build I mentioned, equipment/boardwipe. The card I’m going to filter with this time is Worldslayer. For this build, Worldslayer represents the intersection of the two aspects of the deck’s gameplan - 1) suit up Tajic with crazy equipment and 2) make sure nothing else is around to block him.

So a few cards still overlap from the other build, namely Martial Coup, which i mentioned previously as a card that works beautifully in both builds. However, there are a few that work much better in this build than in the tokens deck. Open the Armory, and its cousin Steelshaper’s Gift, represent one of the key parts of the deck, equipment. And not just equipment in general, but getting the right equipment at the right time to help you win the game. With the card we filtered by, Worldslayer, we can see why Open the Armory would show up on the Signature Cards list. Getting Worldslayer at the perfect time can lock all others players completely out of the game, allowing you to finish the table off. In a token build, you may play a few equipment, but it doesn’t always warrant putting too many equipment matters cards into the deck. Sigarda’s Aid truly shines when equipment are your main focus. For one mana, you can not only hold onto your equipment until the last possible second, since it give you the opportunity of casting them at instant speed, but it also conserves mana for you in that your first equip cost is free. This really puts pressure on opponents when they are never sure what you may be holding in your hand to surprise them. This planeswalker is all about equipment, putting them on creatures, getting them back for you and making a very powerful equipment should you get to use her -10 ability. She helps you either recover from losing your board or to get ahead. Each of her abilities is relevant in an equipment deck.

Building a Commander deck can be a lengthy process, but it doesn’t have to be onerous. Formulating a solid game plan or theme helps you narrow down your card choices and focus your searches. When you’re looking at a card to add or remove, think about its role in the deck. Hopefully, this article provides a starting point to the kind of thinking that is necessary to finishing your 100 card list. Of course, EDHREC is always there to help!