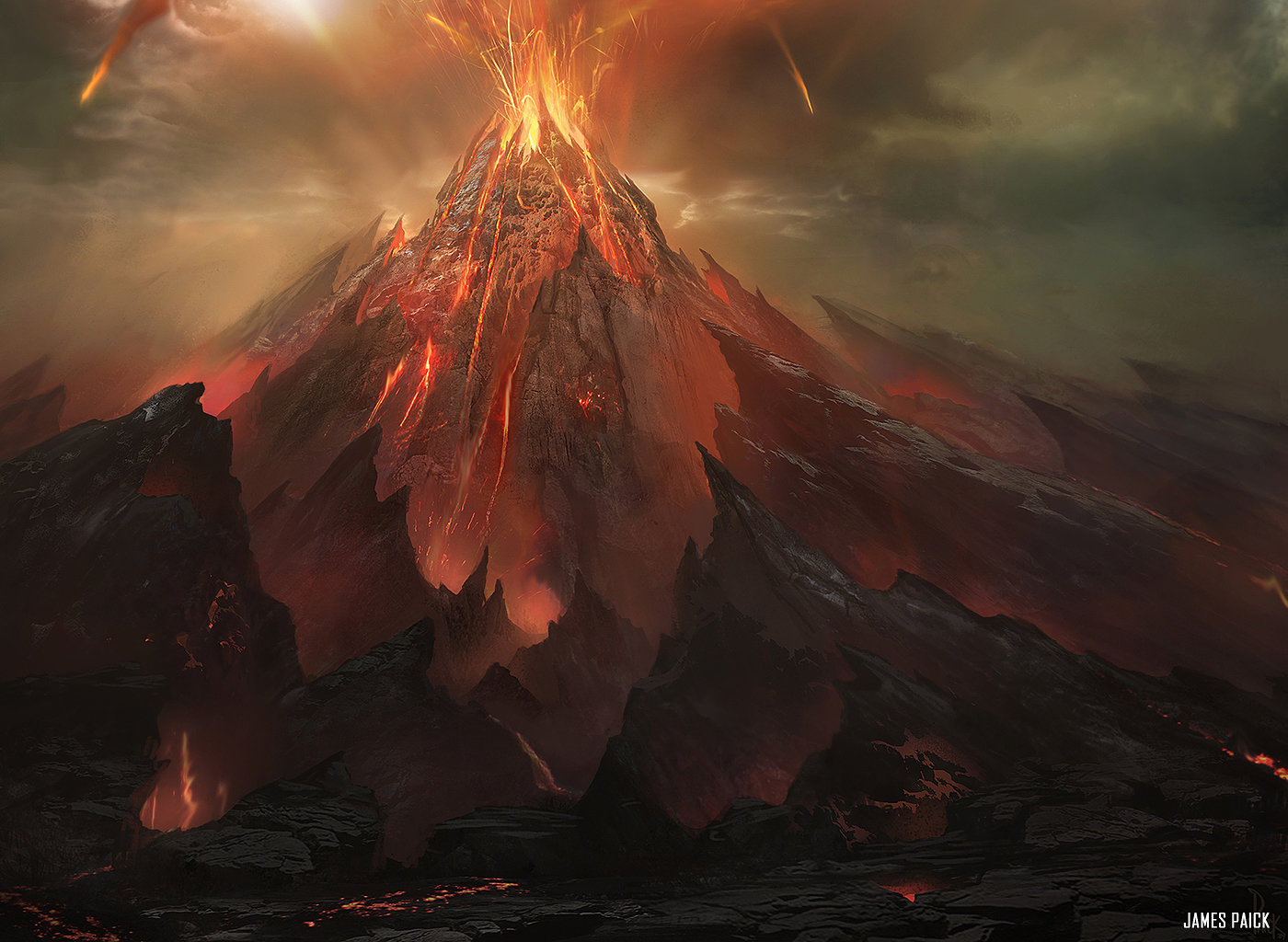 Greetings everyone, I'm back to talk more about Pyramid Theory, and how it can be applied when building a commander deck. Last time I covered the basics of deck construction using Pyramid Theory. This time around I highlight the process of building a commander deck using a different aspect of Pyramid Theory. I will use what I call Reverse Pyramid Theory. The basic premise is essentially the same as standard Pyramid Theory. We develop a strategy based on a source of inspiration. We fully flesh out our ideas and broaden our concepts until we have a cohesive and well-tuned deck. Most of the time we begin building a deck using a commander as our sole source of inspiration. Using Reverse Pyramid Theory we turn that idea on its head by adding our commander near the end of the process, mostly because the commander may not even be important to our deck's strategy. You may ask yourself "Why would I want to do this? Commander is all about playing with your commander, right?" The reason to employ this deck building strategy is to create without limitations. Commanders are powerful tools but can Stifle creativity. Commanders come with a blueprint for design, essentially spelling out how you should use these cards. When we build without a commander there is no blueprint, and we are free to build without any restrictions. My goal in this piece is to create a methodology through which players can hone their creativity and explore new ideas.

Let's look again at the steps of Pyramid Theory and work our way through them one by one. If you haven't read my first article on the subject or want to skim through the primary themes, here's a link to that piece.

The Steps of Pyramid Theory

In a way, inspiration is the most important aspect of Reverse Pyramid Theory. Because we don't have a commander to guide the way, we have to look for inspiration in other places. Finding ideas for these builds can be difficult at first, but as you train yourself to build in this way, it becomes much easier. I have begun Reverse Pyramid builds in a few different ways. For today I will highlight just one possible source of inspiration. We are going to use a build around card as a springboard for deck building. Instead of identifying direct commander synergies, we will identify synergies with our build around card instead.

For today's deck, my build-around card is going to be Valakut, the Molten Pinnacle. I've played various Valakut decks in Modern, and I absolutely adore the card. For this deck I'd like to take all the excitement of playing Scapeshift in Modern and bring it to EDH. For those unfamiliar with the gameplan of Modern Scapeshift, the goal of the deck is to cast Scapeshift with seven or more lands in play. You then go find Valakut, the Molten Pinnacle and six mountains dealing 18 damage to your opponent, which is typically lethal in Modern. With Valakut being our build around, we will look to deploy a similar game plan. To do that we will need to set some goals. An important part of playing a Valakut deck is ramp. While all decks need some form of ramp, for this deck ramp will be vital to executing our game plan. We also need cards that tutor for our key game ending spells and the lands that enable them. Thus the goals for this deck are to ramp, find Valakut and kill people with mountains.

Because we don't have a commander to build around we need to get creative with our research. My first line of thought is to see what decks Valakut is commonly played in, and what cards are often played in conjunction with it. When I first pull up the EDHREC page for Valakut, it is most commonly played in mono red decks. However I think we are looking to play red and green, if not more colors. One card that jumps out to me on this page is Omnath, Locus of Rage. Omnath has similar goals to Valakut, and the Landfall mechanic feels like a natural fit for our deck.

For this style of deck build we want to identify cards with similar game plans, and use those cards as additional sources of inspiration so we can start gathering a better understanding of what our deck is trying to do. This flow chart illustrates how we can look at a single card and find multiple new sources of inspiration that can expand what the deck is trying to do, while still promoting our initial game plan. When building a deck without a commander as a guide, this sort of exploration is vital to learning about the deck's possibilities. By following these explorations to their conclusion, our ideas become fecund, and we have even more to build around.

Another aspect of this exploration is to solidify what colors the deck requires. As you explore potential synergies, you may find that some colors aid your game play substantially more than others. For example, with this deck I knew I wanted to play red and green, but needed some additional tools. I considered planing both blue and black. I found that while blue had some good utility cards I only wanted to play around five cards. Black however gave me access to a number of powerful cards that actively advanced the deck strategy. I finally settled on playing green, black, and red (Jund) as my decks color identity.

We are now ready to solidify and fully explore each of our sub-themes. While we explored sub-themes partially in the previous step, here is where we will nail everything down, and go deep into each sub-theme.

At this point we essentially have two game plans that help and run interference for each other. We have our Valakut combo cards in Scapeshift and Splendid Reclamation. These combos require time in order to properly set them up. That's where our second game plan of ramping out fatties comes into play. With cards like Rampaging Baloths we can build a solid board state that is a threat by itself, while also giving us the set up time for our combo.

A Digression on Pyramid Theory

Here I'd like to talk a little bit more about the flexibility of Pyramid Theory. While some decks need all the steps of Pyramid Theory to be well-rounded, others will be finalizing steps concurrently. For example, while solidifying sub-themes you may naturally start establishing win conditions. These steps are designed to flow together naturally, so that each step feels like a natural progression of the previous one. Pyramid Theory becomes more like a checklist the more that you build decks in this way. For the purpose of these articles I will highlight each step, but recognize that not all steps will be necessary for all decks.

In this step we normally want to assess what our deck is doing up to this point, and figure out how that translates to wining the game. You want to assess what your deck has in abundance, whether that be mana, enter the battlefield effects, or even just creatures. We want to think how to utilize what's in abundance to win the game. This deck is one of the cases in Pyramid theory where our win conditions were laid out in previous steps. Instead of establishing them here, in contrast we will look to solidify our combo package. Finding combo pieces and relevant threats are vital to insuring the decks functionality. Cards like Expedition Map and Sylvan Scrying can help us find our important land combos, while Demonic Tutor and Vampiric Tutor can find us anything we need. For filling the gaps in this deck we run a suite of removal cards, ramp, Regrowth effects and board wipes. Playing in Jund colors we have access to a lot of great cards in this section. A few fun cards I found while exploring EDHREC were Creeping Renaissance, Maelstrom Pulse and Animist's Awakening. One way of finding powerful utility cards such as these is to look at many different commander pages. Looking both at commanders that share two or more colors, and mono-colored generals. In this way you can find a more broad selection of cards commonly played in your deck's colors.

At this point in the process, we are mostly done building the deck's core. There is one glaring omission however; we haven't yet chosen a commander! In a Reverse Pyramid build we can select a commander at almost any point in the deck building process. Once I have a solid understanding of what the deck wants to be doing, I'll usually take a look at the possible commanders for the deck. In Jund there are no slam dunk commanders for our deck. When in this situation we want to chose a commander that will provide the most utility. For this deck I've chosen Xira Arien, she has a pretty generic ability that is useful when in a pinch. We also don't care if she is killed. She will be just fine for the deck and has a pretty low opportunity cost as a commander. As we approach the mana base we need to keep in mind that this deck has very specific needs. While many decks will have more generic needs in the ways of color fixing and utility lands, this is one of those special decks were the mana base is imperative to how the deck functions. While this is a three-color deck and will require good color fixing, it also needs to run a critical mass of mountains. I normally run lands that tap for all my colors in a three-color deck, but I will forgo those for more fetch and dual lands. This ensures we can have six or more mountains in play for Valakut to trigger. We also want to run as many fetch lands as possible to have as many landfall triggers as possible in a turn. These requirements means the mana base may take a lot of tinkering and refinement to ensure it is at it's most optimum. Here we want to look at the sum of what we have created, by both play testing and crunching numbers. We want to focus on our mana base, and mana curve considering how they can be improved.

This particular deck required a significant amount of tuning during this step, the mana base has some big drawbacks in the way of fixing, but I'm confidant that there are enough tutors and fetchlands to compensate. However, as always analysis and refinement are an ongoing processes. I'm sure if I were to build the deck in paper and play it for a while, I would discover even more ways to improve it. I hope you found this article to be informative and inspiring.