I was just at my local game store (The Arcane Lab) the other day, and the topic came up during our conversations: where does Phyrexian Arena belong in today's Commander landscape? Some great debate ensued on whether it was 'worth' its hefty price tag, especially since some players feel that games are getting faster. Isn't Arena still good if games go long? What if games don't go that long? Wouldn't you rather see those cards immediately, with something like Ambition's Cost, even if it costs one more mana?

It was a fun thought experiment, and since we just found out Phyrexian Arena will be featured in Commander Collection: Black, I figured it might be a good time to check up on how it's been doing over the last few years. Like the card's namesake and flavor, let's see how Phyrexian Arena itself fares against the competitors nowadays.

As is tradition, we're focusing on rank rather than the number of decks (i.e., decklists), as this helps account for fluctuations in decklists scraped in any given timeframe, which helps us compare the results to other colorless cards. Remember that the lower the rank (closer to 1), the more popular a card is!

As a further note, I'll be excluding cards that let us draw off of creatures dying. Yes, they are amazing and a big part of what black does best, no question, but I think it might be a tad unfair to compare Phyrexian Arena to Dark Prophecy, since we're evaluating a card that flat-out gives you cards for mana and life investments, not anything else. The ceiling for cards like Dark Prophecy, Midnight Reaper, and Grim Haruspex are undoubtedly high, but require a bit more to build around. Don't worry, I love these kind of effects with a passion, so you can be sure that I'll get to them in a future installment.

Okay, I know Necropotence doesn't technically draw, but I figured y'all would want to see it plotted anyways, so let's throw it in there. Same with Twilight Prophet and Bob.

Now this is by no means exhaustive — there are certainly a lot of ways to draw cards when black is included in the discussion — but I hope this will give a good smattering of effects that similarly accrue cards for life. Additionally, some cards just didn't meet the popularity threshold to analyze, like Baleful Force, Dark Tutelage, or one of my favorites, Gravestorm. Stinging Study is also a fantastic option, especially if your commander is sitting around five mana value or higher, but we just haven't had the time to update our historical scrapes to get enough data on such a new card. Here's a quick list here of some other great options I was hoping to analyze, but just didn't have enough popularity or data to meet our criteria.

I’ll start by putting an image carousel here to all the individual plots for each of the cards listed above. If you want to see a particular card’s popularity trend over the last two years, just click/scroll right or left to find the card you’re curious about (or up/down, if you prefer viewing in the imgur page). They’re organized alphabetically.

As a final note: Keep an eye on the Y-axis! While it’s usually a bad idea to have different scaled axes for the same metric across different graphs, if I left it at the maximum of 400, much of the subtleties and shapes in the trends get lost. As such, for these individual plots, I’ve scaled their axes according to maximizing their visual depictions. We’ll take a look at each card with a fixed axis in the next section.

If you wanted to compare some side-by-side, feel free to look here. I've organized by card type, with an aggregate plot of everything side-by-side at the end of the carousel.

We see that Phyrexian Arena sits the near top of black cards, though it has experienced some slight ups and downs. Other popular options include low mana value options, like Sign in Blood or Read the Bones, and Night's Whisper seems to be on the rise. Necropotence is, unsurprisingly, popular as well. Even some of the more mana-intensive options, like Ambition's Cost, seem to be on the rise, either due to sheer popularity, viability as a budget option, or the Precon Effect. Greed's uptick in popularity may well be due to its reprint in Commander 2021 (April 23, 2021), not to mention its shift to uncommon rarity as of Modern Horizons 2 (June 18, 2021).

Creature options seem to be declining in general, though there are some neat observations:

Personally, I'm curious where Dread Presence may end up in a few year's time

It's Time to Reflect and see what we can decipher about all this data. I'll organize my thoughts on it by the following themes: Incremental vs. Burst, Price, and Niche options.

Phyrexian Arena is often evaluated and justified on its potential ceiling. Drop this turn three (or earlier!) and it scales immensely with the length of the game, drawing you a big handful of cards.

The thing is, games don't always go that long, you don't always drop this on turn three, and even if you manage to cast it, it doesn't always last. It may well get picked off by an incidental Reclamation Sage or Foundation Breaker or Wear / Tear. Phyrexian Arena's ceiling is undoubtedly high, especially in a control shell that seeks to stall and grind into the late game. However, as many have noted, you need to wait an entire turn to get your draw (which means it can be removed), its power declines the later on in the game it actually gets cast, and assuming it stays in play, it doesn't 'pay itself back' in mana until three turn cycles have passed.

This is where the 'burst' proponents might suggest something like Read the Bones, Night's Whisper, or even Ambition's Cost. Like a J.G. Wentworth commercial, they want their cards now. 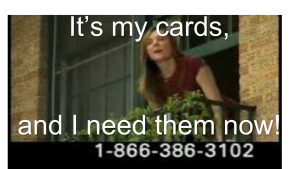 While options like these may not (potentially) draw as many cards, or might cost more mana (as is the case with Ambition's Cost), the rate is printed right there on the card. There's no question of whether you will see those cards or not, and outside of a Counterspell, your one-shot effect can't be interacted with before you get the cards. In other words, why not spend roughly the same mana to get a fixed number of cards right now, rather than wait and hope your enchantment sticks around to accrue the same amount? It makes sense that cards like Night's Whisper, Sign in Blood, and Read the Bones are in such high demand as of late, and according to the data, they're trending ever upwards.

Burst can certainly help, but this format is very supportive of incremental advantages and value engines, so it's often a good idea to dip into a bit of both.

The price for something like Phyrexian Arena is undoubtedly a factor in people's evaluation of it. While it stayed just below $10 for almost seven years, the last two years have seen an explosion in price (and likely demand) for the card. Our very own Jaelyn Rosenquist eloquently discussed a few reasons to consider other, budget-friendly alternatives in their Staple Remover article, and the Nitpicking Nerds did a quick take on other card draw options, given the Arena's price tag.

The popularity of Phyrexian Arena may have been grandfathered in by enfranchised players due to players already having it in their collections and automatically slotting into their black-inclusive decks. Phyrexian Arena has a history in 60-card formats that could affect our evaluation of it, even though Commander is a very different landscape. I'm certainly curious to see if Arena's popularity trend holds, or if it eventually breaks as new influxes of players opt for other card draw spells instead. Only time will tell.

There's also something to be said for the ways that certain alternatives can shine in the right shell. As much as people seem to devalue Underworld Connections nowadays, as seen in the data above, Underworld Connections does have some advantages over Phyrexian Arena, albeit niche ones. Yes, it's tethered to a land, and given how precious mana can be, many see it as a 'wasted' land.

However, unlike Arena, Underworld Connections can draw a card on the same turn it comes in and can draw whenever you want to, not just on your upkeep. With untappers (e.g., Fatestitcher, Kiora's follower, or even Jorn, God of Winter), you can double up on your draw. You can even choose not to draw (*gasp*, I know) in those situations when someone's Notion Thief hits the field, to prevent them from getting extra cards on your upkeep, or when losing the life might just tick you a tad too low.

Dread Presence is another favorite of mine, and not just because it's also my Modern deck. Landfall and/or lands matter is an extremely popular archetype, coming in as the fifth most popular theme on EDHREC. It works wonders in a mono-black deck, and cards like Urborg, Tomb of Yawgmoth, Blanket of Night, and Dryad of the Ilysian Grove can help turn any land into a draw trigger or a Vampiric Touch/Vicious Hunger.

Graveborn Muse also acts as an effective Phyrexian Arena even if you're not running Zombie tribal, and though it may well be more susceptible to creature removal, that also means it can be reanimated or sacrificed for other purposes - including other draw effects like Village Rites!

The point here is that some of these options may not be all that popular, and are even declining in popularity in the last two years, but they still have fantastic potential in the right niche.

While Phyrexian Arena certainly seems here to stay, I'm curious where you all fall on it. Do you find it overrated? Still effective? A house? Has the length of games changed your stance on it over the years, by chance? What are some other options you like?

Sound off in the comments below! As always, thanks to Nate Burgess here (@MisterPlorg) for scraping the data archives, and an additional shoutout to friends Manny, John, and Sam at The Arcane Lab for the debate and thought experiment!