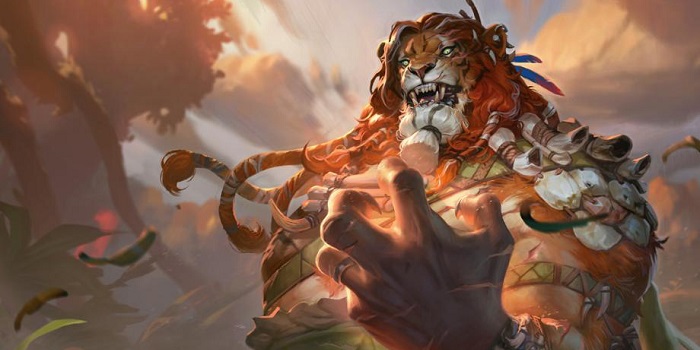 (Marisi, Breaker of the Coil | Art by Rudy Siswanto)

This Commander is Purr-fect!

Hello again, my faithful Commander-loving friends! Happy New Year to every one of you, and with the beginning of the new year, we have some new installations of this year’s Replacement Commanders series! This is the series where we shine a light on the legendary creatures that came with each of the precons but didn’t make it onto the face of the decks, taking a closer look at their unique abilities and building a deck more suited to them. As I stated in the last article of this series, I’m going to put my own personal spin on a second list for each article so that I get the chance to display my wonky thinking and hopefully entertain all of you with a moment of “wait, what?” This article is also going to be the final one where you all get to pick which of the “missing a color” bonus commanders from the precon products we’ll investigate for the next article. We finally narrowed it down to two, so whoever wins the poll will be our next Replacement Commander and the loser will be the final edition of this year’s round of articles! For now, though, we can look at our spotlight for today…

Marisi, Breaker of the Coil

Marisi is a interesting commander, but not the first of its kind. We’ve seen similar effects with the Goad mechanic in the form of Grenzo, Havoc Raiser and then the “mass chaotic combat” archetype in the form of Gahiji, Honored One. Ironically enough, both cards are included in Marisi’s EDHREC page in the High Synergy Cards section. If I had to make a name for this kind of theme, I guess I’d call it “forced combat” or “combat control”, which doesn’t exist on EDHREC. The themes that are associated with Marisi, however, are Cat Tribal, Equipment, Tokens and Hatebears. For Cat Tribal, this can sometimes be tied into Tokens as well, which makes sense because if you have more token attackers than most people have blockers, our opponents will always be Goaded into attacking one another. For Equipment, I think a Voltron-style take is best as you can double up on strategies, both trying to initiate mass combat while also trying to deal commander damage to end the games. Hatebears is the biggest outlier in my mind, but I feel like that comes from the thinking that if opponents cannot play the game normally, there is less of a chance that they can disrupt what we’re doing.

For the sake of this article, I looked through the pages for Cat Tribal, Equipment, and Tokens, but left Hatebears out. There’s nothing wrong with running the strategy, but since we’re attempting to build these decks with a precon mindset to highlight the best portions of the commander, I felt like Hatebears was more of a stretch than some of these other archetypes. I also feel like the other three archetypes synergized and shared a larger card pool between each other than any of them did with Hatebears.

Let’s Put Some Mittens on This Kitten!

The Equipment portion of this list should probably be the easiest. The Equipment don’t rely on the Cat tribe or, for the most part, on tokens in the deck. Bloodforged Battle-Axe is one where the token support strategies will come into play, making more and more copies as we keep hitting our opponents. Embercleave is another one that becomes better with large armies, making it cheaper to flash in. Hammer of Nazahn is an easy inclusion, since you can bet its maker will also find a way into the deck. Because we plan on having so many pieces of Equipment, I normally value Swiftfoot Boots over Lightning Greaves. Meanwhile, Loxodon Warhammer and Behemoth Sledge provide evasion in the form of trample, just as Trailblazer’s Boots, Whispersilk Cloak and a short list of the Sword of X and Y series that work the best in the EDH format, providing the best benefits while covering all the colors in protection. Skullclamp is a classic must-have equipment for the sake of card advantage, but with the standard cat token being a 2/2 body, I’m not a fan of it potentially just being removed without any value due to the card’s reputation.

Becoming the Crazy Cat Player at the Table

The next section is going to detail some of the cards that make tokens, because they also happen to be Cats, so I’ll point out some of the best cards that support the token strategy. Anointed Procession is an obvious inclusion, but due to the precon-like nature of this list, I chose not to include Doubling Season. To be fair, it would have synergized very well with two of the Planeswalkers that I included in the list: Ajani, Adversary of Tyrants and Ajani, Caller of the Pride. These were both included due to their ability to generate masses of tokens with their ultimate abilities and since our deck is designed to force the rest of the table to attack but not us, they might be safe and sound on our battlefield in a tense situation. Token swarming armies are a win condition in and of themselves, but this kind of list does provide me with an opportunity to run my favorite card, Triumph of the Hordes!

Cats in Magic have been known to both flood a board with tokens and to support equipment strategies, so this is a perfect trifecta of archetypes coming together. Kemba, Kha Regent both cares about equipment and provides us with tokens. Regal Caracal is both a lord effect and provides us with token bodies. Speaking of token bodies and cats, Leonin Warleader and Brimaz, King of Oreskos both put bodies on the battlefield as they attack, and the extra fun part about both of these cards is that you can point the new creatures at different players, attempting to take advantage of Marisi’s Goad ability as much as possible.

Mirri, Weatherlight Duelist does not specifically synergize with Cats as a tribe but does make attacking with large amounts of creatures more profitable. Since so many of our creatures are bound to be Cats, Keeper of Fables is bound to draw us enough cards to keep us going late into the game. If we want more lord effect, King of the Pride is a cheap one while Jazal Goldmane is an effect that can end the game. Nazahn, Revered Bladesmith is going to be one of our Equipment-focused Cats, while Raksha Golden Cub also fills that archetype, albeit in a different way. Finally, I normally would draw attention to a card like this, but I couldn’t justify not running Marisi’s Twinclaws because c’mon… Marisi is the commander! We have to include a creature with the commander’s name in it!

It can be strange to see a deck split into different portions like this by archetype, so if we wrap it up with all the non-archetype support cards, we should get a list that looks something like this:

For my list with Marisi, I wanted to focus more on the Goad mechanic than anything else. One of the coolest commanders I’ve ever played with is Queen Marchesa, who works by pillowforting up and watching chaos from behind safe walls. I wanted to do something similar here, so certain cards like Gahiji, Honored One appear in my list as well. For this list, I wanted to focus more on providing the firepower for the rest of the table, too, so I added the three Hunted cards that fit within the colors: Hunted Dragon, Hunted Lammasu and Hunted Troll. Goblin Spymaster, Grand Melee and Warmonger Hellkite work as redundancy to Marisi’s Goad ability. For the sake of pillowforting, there’s several enchantments to include like Ghostly Prison and Sphere of Safety. We can then use enchantress-style effects to keep our hands filled with more cards to continue into the late game. Because some of the cards we’re including create tokens for both ourselves and an opponent, I kept Triumph of the Hordes as a possible win condition, while adding in Approach of the Second Sun since we can hope to pillowfort up long enough to re-draw the card and win! I do want to mention that because this list was more about what I wanted to do with the deck and less about that “precon” feel, I didn’t stick to as much of a budget mindset, which you can tell by the mana base. Here’s what the list looks like:

That’s All for These Claws! or Who’s Next?!

I said at the beginning of the article that we were going to figure out the order of the last two “missing a color” Replacement Commanders for the series. That poll will be below, with the two options being Tahngarth, First Mate and Gerrard, Weatherlight Hero. Whicever one loses will become the last article of the series for this year and then I’ll get back to writing Uncommonders, which has several new uncommon legendary creatures that have come out since Replacement Commanders started!

Of course, if you can’t wait for the next one for more of my Magic- and Commander-loving ramblings, feel free to follow me on Twitter to talk, or you can always join the public Praetor Magic Discord server! My wife, friends, and I operate the team in twice-a-month Commander gameplay streams and a weekly Magic podcast that we stream on Twitch, uploading everything afterward to the team YouTube channel! Feel free to follow/subscribe to us on those platforms and until next time,