Replacement Commanders - You Can't Break These Walls Down! 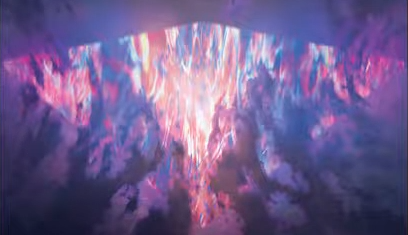 Hello, Commander faithful! I hope you’ve all enjoyed the holidays, regardless of where you are and whether the weather is frightful or not. Hopefully your snow-covered lands feel a little more on-theme for the season! This is Replacement Commanders, the series where we look at the legendary creatures from the annual precon product from Wizards of the Coast that are not on the front of the package and brew a list or two around their unique abilities! This week we're tackling one of the more difficult commanders from C19...

To start, I’ve always struggled to find comfort or success with Jeskai decks. My best showing was with a Shu Yun, the Silent Tempest deck where I managed to one-shot someone out of the game somewhere around turn seven (only to die immediately from the other two players who didn't want to become the next victim). Scaring the table shouldn’t be a problem with Pramikon, though. At least, not until it’s too late and the game is firmly in our grasp.

I admit, I openly scoffed at Pramikon during the product’s preview season and thought it was more of a niche joke card than anything else. However, every time I have seen the precon deck or decks built with Pramikon in the command zone since, I have been thoroughly impressed, and my mind has been changed. Being able to read the game early and protect yourself from getting attacked by two-thirds of your opponents is a powerful effect. We can use this control effect especially well by setting up some defenses and forcing our opponents to pay no attention to the man behind the curtain. Let’s break down the important cards and parts of the deck!

The first thing to do is, of course, work on the defenses. Most people won’t expect much when the Pramikon deck is dropping a few early Walls and defenders, so there’s a good chance everyone will look elsewhere for more profitable attacks.

Pramikon gets particularly weird if we somehow manage to get two of them in play, such as with Sakashima the Imposter, Spark Double, or Helm of the Host. If one Pramikon chooses left, and the other chooses right... no one can attack at all, leaving us free to potentially find victory through noncombative ways. Mystic Barrier works as well, since two opposing choices means there is no choice at all!

Aside from these locking pieces, we want Walls and defenders that give us a touch of value along with just a big butt that gets in the way of our enemies. Wall of Omens, Mnemonic Wall, and Wall of Stolen Identity all have different kinds of value, while Fog Bank, Wall of Frost, and Wall of Denial are fairly resilient blockers. High Alert provided redundancy for Arcades, the Strategist decks, and for Pramikon, it allows us to be offensive as well as defensive. Imagine winning a game by taking someone out with the walls of your fortress instead of the monsters within!

Alright, now we know a few staples. Let's take a look at some different potential strategies for Pramikon.

Even if we have ways to prevent folks from attacking, that’s not always the way to victory. Reading the other players in the early game can give us an idea of which player we can allow to attack us, and which players we would prefer to attack elsewhere. Once Pramikon is on the battlefield and directing traffic, we can help the battle get a little bloodier. Disrupt Decorum is the type of thing we're looking for, forcing everyone to attack in the only direction they can, while Goblin Spymaster provides a body while forcing aggression. Fumiko the Lowblood also does a good job of forcing opponents to attack.

I really enjoy how effects like Benevolent Offering work in this scenario, where we choose one player (who can't attack us) to get creatures and pick a different player (who has almost no creatures) to gain life, while reaping both rewards for ourselves. The Hunted creatures Hunted Dragon, Hunted Lammasu, and Hunted Phantasm also provide us a means of throwing troops into the fray, while also giving us some beefy bodies. Rite of the Raging Storm provides consistent bodies each turn, while protecting you even from the person who may attack you.

We also need to know what precious cargo we're defending. Unsurprisingly, Jeskai has access to several great Planeswalkers, so we can use Pramikon to stop folks from attacking our awesome Superfriends. Rowan Kenrith and Will Kenrith are fantastic, since Will’s minus ability helps make our Planeswalkers cheaper and Rowan’s ultimate doubles our walkers' abilities. Venser, the Sojourner allows us to reset Pramikon if the flow of combat changes and we'd rather folks attack in a new direction, while Chandra, Awakened Inferno puts the game on a clock even if we're not attacking. Finally, if we do like combat, Sarkhan the Masterless is a hilarious surprise attack from out of nowhere.

There are a ton of support cards in this list that fit in well, including Urza’s Ruinous Blast and Time Wipe as Wraths that keeps our commander safe, or Oath of Teferi for an additional activation of our Planeswalkers and reset Pramikon if necessary. Put it all together with some of the common ramp and card advantage cards, and I think a Pramikon deck might look something like this:

I wanna test out one more potential build path for Pramikon. “Wall tribal” was the first thing I heard folks discussing when it was previewed. I scoffed at this at the time, because it seemed like such a silly thing to do, and because I do overall think Arcades, the Strategist is the better option for this idea.

Still, Pramikon did present an interesting opportunity to run two cards that I have always been a fan of: Doorkeeper and Vent Sentinel. Rise of the Eldrazi's defender-matters subtheme is hilarious, and it's the one thing Arcades can't do with Defenders that Pramikon lets us play around with.

On the subjects of defenders, I personally love Nesting Dragon as a way of making them for a pretty low investment. Since almost all our creatures have Defender, High Alert is a much more important card in this version of the list. This gives us the inclination to also add in ways to protect it or bring it back, should it wind up in our graveyard. For instance, since it's a three-mana permanent, it gives us a reason to include Sun Titan, which also works great with things like Auramancer.

Oh, and since we're so defensive... I included Approach of the Second Sun as another defensive win condition.

While I struggled slightly with the list to get enough walls that I felt were high enough value, the deck ultimately looks like this:

Time to Hit the Bricks!

It’s crazy to think Walls and defenders can make their own viable decks in Commander. I never quite bought into the hype behind Arcades, the Strategist when he was revealed, though I do credit him with at least providing card advantage. Pramikon, Sky Rampart may not provide that kind of advantage, but the benefits and value are still there with the right build. There are still many more Replacement Commanders left to go, though!

Feel free to follow me on Twitter and check out the YouTube channel that I do with my friends called Praetor Magic. We also stream regularly on Twitch, as well as hosting a public Discord server dedicated to talking about Magic of all kinds! Hope to see you there and until next time,