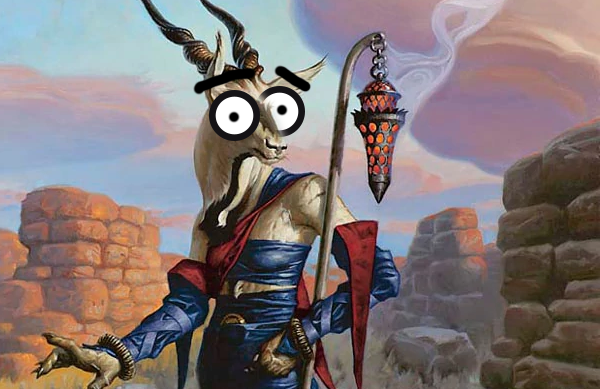 Greetings fellow EDHREC addicts. Welcome to a new series of articles: Shape Anew. I am Willem-Jan Rensink, and as you might have guessed from that name, I’m from Europe (the Netherlands, in fact). I started playing Magic around Rise of Eldrazi and was immediately hooked. I love all the crazy possible interactions, mostly playing casually with my friends. I dipped my toes in EDH with a Uril the Miststalker deck (and lost some friends), but only really started playing Commander when Wizards embraced it with their first product in 2011.

I played for years with different groups, but slowly found myself playing against a lot of similar decks. Optimization became most important, causing decklists to grow more and more similar, even though everybody just wants to have a good time. This series will show that, even with popular commanders, decklists do not have to be set in stone. I’ll be explore common commanders with uncommon decklists to further diversify the format. Here’s how it works:

We’ll create a decklist around a commander with 500+ decks on EDHREC. We’re not allowed to use more than 15 nonland cards used in the commander’s average EDHREC decklist. On top of this, we will use 15 nonland cards that are not featured on the main EDHREC page of that commander as well. This forces the use of unknown or underplayed cards and strategies to let them Shape Anew.

Auras are the black sheep of Commander. They represent inherent card disadvantage because of their reliance on the enchanted creature. I once made a deck around one of my favorite cards, Fractured Loyalty. I found out that an Aura’s disadvantage is greatly diminished when it’s a “control Aura.” These trade a card for a card. I was so fond of that Fractured Loyalty deck that I wanted to turn it into a commander.

Although Narset, Enlightened Master and Shu Yun, the Silent Tempest seem like good Aura commanders with their noncreature spell interactions, a friend pointed out that the owner of the Aura rarely matters for its effect. This means Zedruu the Greathearted can turn them into card draw engines. Another benefit of Zedruu is that she draws a lot less hate than the other two Jeskai commanders (and that you can drown anyone who thinks otherwise in gifts). The deck functions as a seemingly controversial archetype: the beloved control player. In this deck, ‘control’ will have two meanings.

These will be the meat of the deck. As stated before, the focus will be on Auras that act like removal. However, the larger part of these will just focus on the (in)ability to attack and block, while most creatures we’ll face will threaten us with their activated, triggered, and static abilities. Therefore Darksteel Mutation, Chain to the Rocks, and Imprisoned in the Moon are powerful; they tackle the creatures’ abilities by altering their appearance completely! M19’s Metamorphic Alteration fits this criterion even better. It can turn the best creature on the battlefield into the worst, can kill a creature outright if it’s controller has another legendary creature, or can just turn your worst creature into an opponent’s best!

Alas, for now these effects are sparse in Magic. If only there was a way to Copy Enchantment… Indeed, we can expand our effective Auras with cards like Clever Impersonator and the brand new Estrid’s Invocation.

Further soft removal was chosen for this deck simply for being cheap. Zedruu’s ability can easily give us a full hand of cards every turn. Cheap removal will help answer the ever-threatening board state of our opponents. Low Aura cost also helps with the Aura support we run.

The last Aura category is that of protecting our own creatures. Alexi’s Cloak does this, as well as being a pseudo counterspell. With this in our hand, it is easier to leave mana open for an end-of-turn donation when no one tries to get rid of our beloved Zedruu. Flickering Ward is added for its excellent interaction with several of the Aura support cards (but should never be donated to others).

With so much of the focus on Auras, it’s only fair to support them a little further. Sram, Senior Edificer, Kor Spiritdancer and Mesa Enchantress turn all Auras into cantrips, providing essential card advantage when Zedruu is knocked out. Other card manipulate Auras or let Auras manipulate others, like Willbreaker

Sigil of the Empty Throne, Monastery Mentor and The Locust God turn (gifted) Auras into a win condition by flooding the board with creatures when left unchecked. Jeskai Ascendancy can pump the team for a sudden smack of damage to any opponent and even filter through your deck. Be warned: this behavior will quickly make you the archenemy.

A good rule for mana ramp is that it should cost 2 mana less than the commander; that is the way to cast your commander a turn earlier. This is very important for us, as we want our card advantage to get started as soon as possible. Another benefit this gives us will be the upkeep of the fourth turn: in response to Zedruu’s card draw trigger, we can donate the mana rock for immediate benefit. Give that gift to someone to make them your best friend – until you decimate them!

Pentad Prism and Sphere of the Suns are perfect for this. Their charge counters will make them obsolete quickly and turn them into a card draw engine for you, while leaving its controller to stare sadly to the useless lump of metal.

Sometimes, controlling individual creatures just isn’t enough. An opponent’s/best friend’s army of tokens is hard to combat with Auras. Although those tokens won’t normally attack us first (“I’m not a threat… no, really”), they eventually will sooner or later. This is where the bigger control effects come in. These can come in the form of artifacts and enchantments like Embargo, Statecraft or Torpor Orb. The universal effects these cards provide can be gifted away while retaining their effect (“Why do you control a Lightmine Field if you want to attack?”).

On top of this, we play boardwipes… but not those we see so often. Tragic Arrogance is a grossly underrated card in my opinion, and perfect for our strategy. Just choose the artifacts and enchantments you donated to them. (“And that Desert’s Holded creature can stay as well.”) On top of this we run Winds of Rath to protect our card drawing Auras, and Fortunate Few to protect whatever other gift we bestowed upon our opponents.

Some effects are just too perfect for a Zedruu the Greathearted deck. They provide advantage while also leaving a present for any opponent. Humble Defector for card draw, Act of Authority for artifact or enchantment exile, Vedalken Plotter for pseudo land destruction. Targeted removal specifying the owner also works wonders; cards like Chaos Warp and Oblation cannot be ignored. These cards fill out the final holes in the deck, while also helping it not to rely completely on Aura-based removal. Other ways to give gifts benefit the strategy as well. Puca’s Mischief and Shared Fate result in players controlling your permanents and vice versa (“Why are you hitting yourself?”).

Cycling deserts are awesome. They improve Desert Hold and Unquenchable Thirst, can be discarded when not necessary, and can act as graveyard hate when combined with Scavenger Grounds. Rainbow Vale gives us some (much needed) fixing, but also becomes a card draw engine with Zedruu, and a great political tool (“Things are so stale, I’ll give you a Vale”).

Playing this version of Zedruu the Greathearted is no less political, but it does cause opponents to scratch their head. Even a Kor Spiritdancer would signal a Voltron build to most. If your playstyle does not involve a lot of convincing, this might not be a deck for you, but anyone who enjoys some political banter can certainly discover some fun in this list. The deck will provide you with enough gas to combat most strategies, but is weakest to bounce and blink decks. Auras just aren’t made for those kinds of shenanigans (although this deck has bested a Brago, King Eternal before).

The deck also adds 41 nonland cards that are not found on Zedruu’s main page:

How do you like the new take on Zedruu? Does this forever lift the glass ceiling of Auras, or is this attempt prove that they are just for the casual plebs like me? Which must-have card did I forget? Post a comment to let me know, and I’ll be sure to get back to you!