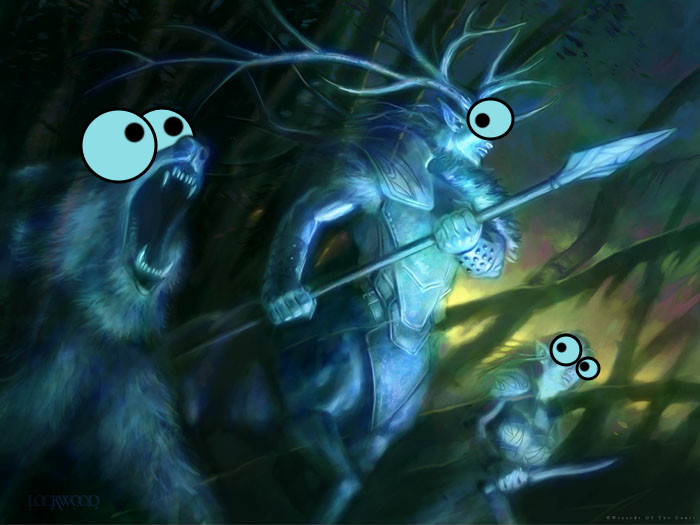 Look At Me, No Mana!

Greetings, fellow EDH addicts. Welcome to another iteration of Shape Anew, where we'll create a decklist around super popular commanders, but must use at least 40 cards not featured on their EDHREC main page! Different strategies are explored to find original strategies for these popular commanders. This month, it’s time for none other than:

Shape Anew was started to inspire readers to break the norm by building well-known commanders in new and interesting ways. Recent sets have demonstrated that the amount of “well-known commanders” is ever expanding, and the introduction of Brawl incentivizes Wizards to make multi-faceted commanders every set. Often, these Brawl decks take Standard-legal strategies that can eventually be upgraded to Commander decks.

But what if we take a Standard-inspired strategy and helm it with a legendary creature from Commander’s past? The inspiration for this question is a Standard deck I stumbled upon. It utilizes free creatures and makes the most of their enter-the-battlefield (ETB) and death triggers. Luckily, Magic’s past presented us a suitable general.

Karador, Ghost Chieftain has often been seen as the best example of a graveyard value commander, although Muldrotha, the Gravetide seems to have taken that throne in 2019. Sacrificing and recurring is key, and both are encouraged by Karador. Although our theme is very similar, it will be interesting to discover how specifying “graveyard value” can lead to very interesting deckbuilding.

The main strategy and synergies of the deck are focused on casting cheap creatures and letting them die as soon as possible while optimizing all triggers associated with those actions. The most fundamental cogs in this machine are the numerous creatures enabling the strategy. The best example are X-costing creatures, like Walking Ballista, that provide us with

And don’t forget that, when the time comes, we can just cast them as serious threats!

Another rather unique feature of X-costed creatures is their converted mana cost: zero. This fact can be used and abused in several ways that’ll be mentioned later down the road.

The second type of creature is the creature that provides the amount of mana necessary to cast it. Think Blood Pet. This only counts as a ‘free’ creature if you can then use that mana, but it’s often close enough to warrant a spot in this category. Another caveat is that these creatures often don’t kill themselves, like with Hidden Herbalists, thus missing one of the three triggers mentioned before.

Ranger of Eos or Protean Hulk are able to find most of our creatures, and are creatures themselves, as well. They make drawing our key synergy pieces a little more consistent.

Often, Commander games end through a combination of big creatures, many creatures, or direct damage. Our triggers can be the source of any combination of these. Big creatures, for example, can be realized by a several creatures entering the battlefield with Cathars’ Crusade (probably one of the more hated cards for all its darn triggers) out, or Commander’s Insignia. The latter isn’t necessarily related to our triggers, but can easily be giving our creatures +3/+3 or more due to the cheap cost of our commander.

Accumulating many creatures is accomplished, in part, by creating tokens off of our triggers. It’s preferable to create bigger tokens for bigger threats, as 1/1 creatures often don’t cut it. Gutter Grime is possibly my personal favourite, and it brings back fond memories of me trying to break it during Innistrad block. Caller of the Claw is another fine example that serves double duty as board wipe protection. A combination of many tokens and the size-increasing enchantments can really push our board state over the top!

For direct damage, we should focus our attention on damaging each opponent as opposed to only one target. This means that for this deck, Zulaport Cutthroat trumps Blood Artist. In a four-player game, the Cutthroat deals three times the damage as our creatures dying.

The consistency of this deck is accomplished through its numerous draw triggers. Especially in recent years, most sets have featured a form of card advantage through creature casting or saccing. The biggest threat is a deck like this is running out of options, and these prevent that from happening.

Cast or ETB trigger are best in this case, especially early on, although they're often the more expensive option, as well. Overextending is mitigated by adding a bunch of death triggers, as well. Card advantage off of our creatures dying can deter many opponents from straight up wiping the board: if they do so, we get a full new grip of cards to start over with ease.

Now that we have our synergy pieces set up, we want them to synergize constantly. If we assumed that our X-costed creatures have been cast, entered the battlefield, and died, they'll be in our graveyard. However, as mentioned before, not all creatures will instantly die. In these cases, it is beneficial to put down some sac outlets to facilitate our creatures dying.

So… how do we get them out?

The first way is to somehow return them to our hand. The most interesting way to accomplish this is with cards like Forever Young. As we stack the top of our library with the free creatures, we'll be able to draw them one-by-one through the draw triggers, essentially wheeling our entire graveyard through our hand to the battlefield, then back to the graveyard. Haunted Crossroads is the enchantment version of the principle, and excels due to the cheapness of its ability.

The second way is to return them directly to the battlefield. This is often more expensive than bringing them back to our hand, but is also easier to do en masse. Another disadvantage is the lack of cast triggers. The famous white examples are Second Sunrise and Faith’s Reward, with the same role being filled by Rally the Ancestors. The black examples are Thrilling Encore and Command the Dreadhorde; the latter is really amazing in this deck as it takes advantage of the fact that our creatures cost no mana and will therefore retrigger for free!

This deck is very light on removal and interaction in general. For this deck tech, all removal is also connected with our overall theme. Dictate of Erebos or Urborg Justice kill based on the death triggers our creatures provide, Dusk or Finale of Eternity have the opportunity to get us back all our creatures again, and Aura Shards just triggers very often. The good thing is that the deck packs a lot of card draw, and finding answers is easier than it seems.

In keeping with the theme, creature ramp really strengthens our synergies. An early Avacyn’s Pilgrim is fantastic, as always, but it can also draw us several cards at a later stage in the game. The main problem with mana dorks, overextending, is easily mitigated by the card advantage we’ll accrue with our death triggers. Sakura-Tribe Elder is another creature that just gets so much better with all the triggering interactions we have going on. My favourite example is probably Soldevi Adnate, who can sacrifice itself for all three kinds of triggers, but can also gain mana off of our commander. Sacrificing Karador nets us eight mana! And that while often only costing us three mana to recast!

That being said, we're also able to benefit from the sheer number of creatures we’ll be controlling. Black Market or Sifter of Skulls are amazing with the small creatures we have dying everywhere. A card like Rishkar, Peema Renegade can actually make our X-creatures mana dorks if we are willing to cast them for X=1. And the mana flood we’ll be experiencing can just be channeled into the new spells we’ve drawn by casting the dorks in the first place. Gas provides gas provides gas.

This deck utilizes my favourite style of building a deck: finding something typical that is printed in a (increasing) number of sets and build a deck around the synergies that arise from adding a ton of that typical thing to your 99. In this case, I'm talking about X-costed creatures, but it could be anything. It often provides a deeper focus for a deck archetype that enables the addition of some unsung gems.

For example, these 48 nonland cards in the deck don’t appear on the EDHREC main page:

People who like their decks to function like a machine, churning out incremental pain and card advantage, will like this deck. It's resilient due to the death triggers, consistent due to the ETB triggers, and relatively fast due to the ramp and low mana costs. The only downside is it being light on removal and quite easy to see coming. I’m positive that this deck can easily be transformed to accommodate your personal play style, so let the framework laid out for you here be your bedrock!

As mentioned before, Karador, Ghost Chieftain has been overshadowed by Muldrotha the Gravetide in terms of providing graveyard value, exchanging white for blue in the process, and this brings us some new toys. A card like Emry, Lurker of the Loch would probably do well here, for example.

I'm very keen to see what you can come up with. If you have any results you’d like to share, you can send it to me via twitter or reddit (@ellogeyen and /u/ellogeyen, respectively). I’m open to any comments and discussion regarding the content of the article, as well.

Next month, we’ll tell some tales of old! See you then!